What are you watching (bingeing) these days?

I read the book as well. I like his books.

What else has he written that you’d recommend? I’m pretty sure that’s the only book of his I’ve ever read.

Into Thin Air is the first one that comes to mind.

What whiskey said, about the Everest disaster; and “Into The Wild” about that guy who dropped off the grid. Sean Penn made it into a movie.

Forgot that “Into The Wild” was also him.

Much better than i expected.
Really enjoying it

I’ll be curious to see how you like the TV adaptation.

Eh. Could/should have been done in 4 episodes.

Once the brothers grew beards, it was tough to tell them apart.

Westworld - just caught up to the current season.

Wife and I started “Peaky Blinders.”

Terminal list is aiight. Plot does a good job of keeping you guessing to start things off.

Walking tours of various cities in Europe, on YouTube.

Italy (Florence I think) has been the most beautiful so far. Compared to Barcelona and Paris, it’s cleaner and the people dress nicer.

I’m only half paying attention (sick today) and it took me a while to know for sure that Barcelona was not a US city. So much graffiti! People were heavier (so I would fit in better.) Lots of jeans and t-shirts. And so much English! Also lots of small SUVs, vs smaller cars in the other cities.

Paris is in the middle for dress and cleanliness. Much less graffiti but still some.

Another interesting difference: in Italy every seemed to have a small backpack or bag of some sort, men and women. In Spain, only the women. In France, there seem to be fewer bags and again, mostly carried by women. (Though I just saw a man with a duffle—maybe going to or from the gym?)

More dogs in Paris. And lots of trash near the Eiffel tower?

The Sandman (finished on Saturday) - perfect

Uncoupled - (Netflix) finished strong, hope it gets a second season

The Resort (Peacock) - so far, so good. Weekly release. Stars Chidi & ‘The Mother’

I stopped watching Only Murder In The Building after Old Timer mentioned it hadn’t all been released yet, but I just started up again. Nice ratcheting with each episode so far.

The Sandman (finished on Saturday) - perfect

is it done? or are there future seasons?

is it done? or are there future seasons?

Sorry, by “finished” i meant i finished binging S1 on Saturday.

Season 2 has not been ordered by Netflix yet, but hopefully it is.

Producers/showrunners are ready to go 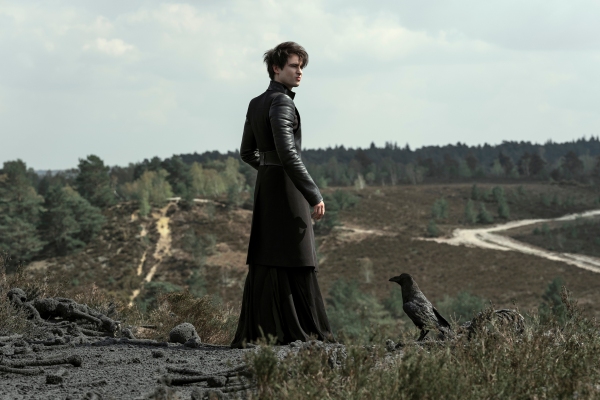 ‘The Sandman’ season 1 explained: Showrunner Allan Heinberg breaks down the creation of the Netflix adaptation – and reveals that Season 2 is ready to hit production as soon as it’…

I knew what you meant, I just usually wait for the series to finish to binge.

I have not read the series - does it help or hinder?

Never read any of the comics/graphic novels.

I have watched other Gaiman DC related shows that contained versions of characters in The Sandman (Lucifer & the many versions of Constantine).

I read somewhere tha the first season covers the first two volumes/arcs of the comics.

I have American Gods on my list as well

Bunheads. It’s a one-season show from 2012 with strong Gilmore Girls vibes (same creator/writer, lots of the same cast members) that I’ve had my list for forever. Wish I had watched it sooner, I’m enjoying it.