As polling continues to look strong for Fetterman, I’m moving the midpoint from a wash (with any gains offset by losses) to a PA flip being the midpoint.

I would reclassify your “best” as “realistic good” for each party, JMO of course.

This is about to go in the innumeracy thread . . .

I was never very good at meth…or speeling.

The GOP nominee for Attorney General in MI is a big lie proponent. He allegedly was involved in a data breach of voting equipment in an attempt to “investigate” the big lie. 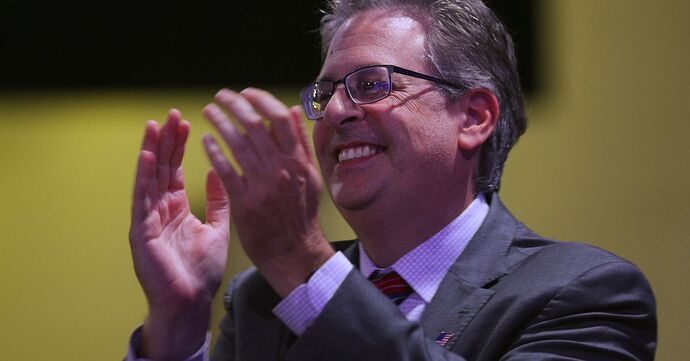 The Republican nominee for Michigan attorney general led a team that gained unauthorized access to voting equipment while hunting for evidence to support former President Donald Trump’s false election-fraud claims, according to a Reuters analysis of...

The attorney general is now looking for the appointment of a special prosecutor to investigate tampering with voting equipment, as it would be improper for him to investigate his opponent due to conflict of interest 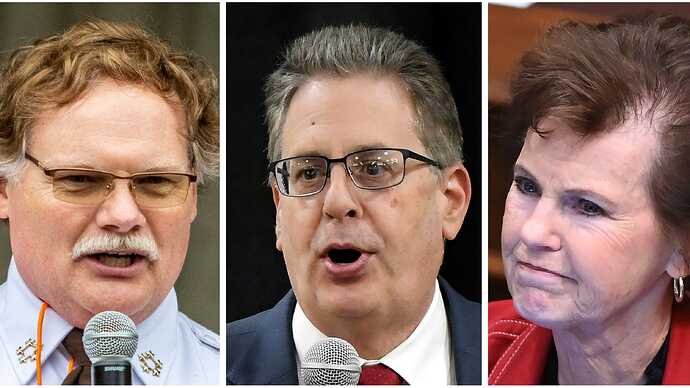 Republican Matt DePerno was "one of the prime instigators of the conspiracy" to obtain election equipment, according to the Attorney General's office.

The attorney general is now looking for the appointment of a special prosecutor to investigate tampering with voting equipment, as it would be improper for him to investigate his opponent due to conflict of interest

This confuses me. I see why it would be considered tampering with voting equipment and should be illegal, but would it somehow be OK without the possible (or certain) conflict of interest?

I don’t understand your confusion, so I’m trying to parse your question in pieces

Yes, tampering with voting equipment is illegal in MI

but would it somehow be OK without the possible (or certain) conflict of interest?

No, it wouldn’t be OK to tamper. It’s a question of a sitting district attorney launching an investigation into their political opponent. If there’s a criminal allegation, best to have someone independent conduct the investigation, as investigating your opponent is full of conflict of interest.

Just want to repeat my predictions and point out that the dishonest association between being charged under the Espionage Act and Trump being an actual spy will likely be exploited heavily to meddle in the midterms. The best part is that since the documents are classified and we won’t know what’s in them, there will be no counter to the accusation. It’s a pretty brilliant strategy. Remember, the Democrats are politically savvy.

Remember, the Democrats are politically savvy.

Trump is the best thing to ever happen to Democrats. Still, if he’s not actually a spy selling state secrets (an extraordinary accusation by the way), then yes the narrative that he is, which is almost certainly not provable prior to the midterms, is a politically savvy narrative. It certainly has some shades of the Russia collusion narrative around the 2018 midterms. In both cases there are very serious allegations being foisted that were not and likely will not be resolved prior to the election and are in the interim difficult to rebut given their seriousness, lack of evidence, and inherent difficulty in proving a negative.

I’m missing something: where is the accusation that he is a spy selling state secrets?

will likely be exploited heavily to meddle in the midterms.

Has he been charged? I was under the impression that so far, the act is the justification for the warrant but Trump has yet to be charged and some think that they may stop at just recovering the documents.

I’m missing something: where is the accusation that he is a spy selling state secrets?

I think you’re just playing dumb, but it’s being heavily implied or outright accused all over the internet through the usual narrative laundering channels. In case you’re unfamiliar with this idea, it starts with official media channels reporting the dots to connect and sometimes heavily implying the conclusion they want you to make, then the explicit narrative tends to form on social media (this avoids defamation suits). Examples:

It looks like this subject was primed for the liberal lawfare crowd in 2020 by Brookings. “…the alarming but plausible things Donald Trump might do to maintain the spotlight and raise revenue after he leaves the presidency. There are many horrors—but at the top of the list is the possibility that Trump could sell national secrets to foreign governments and interests.”

The prospect is a nightmare for the intelligence services.

Here’s a Philadelphia Inquirer article from earlier this year doing the same thing: 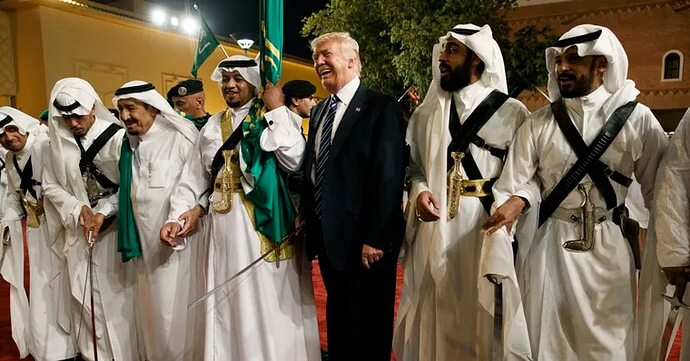 Trump, the Saudis, and Mar-a-Lago’s boxes of U.S. secrets: A recipe for...

Then of course the raid happens and we get the more recent reminders to connect the dots. First the surely true anonymously sourced nuclear weapons article from WaPo, “Experts in classified information said the unusual search underscores deep concern among government officials about the types of information they thought could be located at Trump’s Mar-a-Lago Club and potentially in danger of falling into the wrong hands.”

Donald Trump spent much of his term mishandling classified information, including nuclear-related information. But now, the story is vastly worse.

Then other run with it. Documents as possible kompromat for Putin: 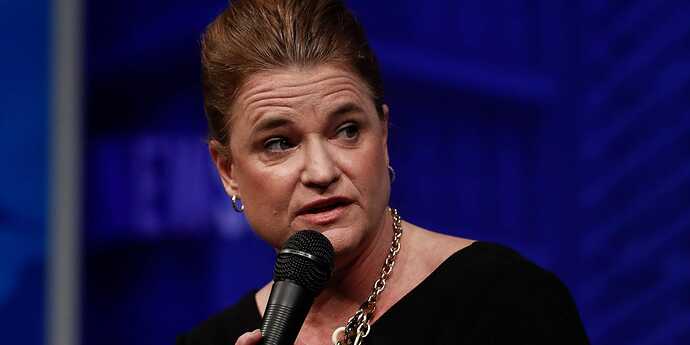 The FBI found "info re: President of France" during the Mar-a-Lago raid. In a tweet, Jennifer Palmieri implied it could be used as "kompromat."

Mention of Espionage Statutes involving “intent or reason to believe that the information is to be used to the injury of the United States, or to the advantage of any foreign nation:” 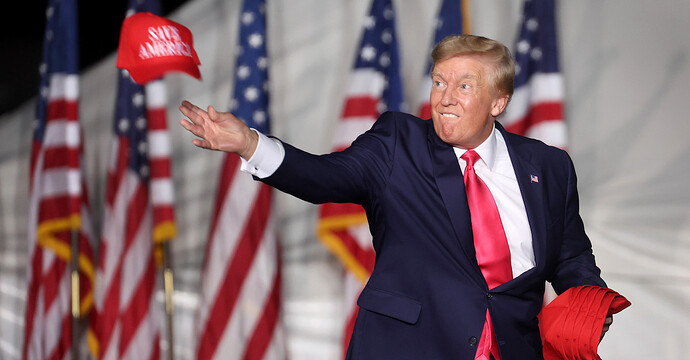 A search warrant unsealed around 3:45 p.m. on Friday reveals that federal authorities are investigating whether former president Donald Trump assembled documents at his Mar-a-Lago estate in Florida in violation of three specific federal statutes.

Then it moves onto social media like reddit or twitter, or even forums like here where a poster brought up the execution of the Rosenbergs in the 1950s for Espionage Act violations, with the very obvious implication:

@
Donald Trump may have been caught by the FBI engaging in espionage. A former U.S. president. ENGAGING IN ESPIONAGE. Let that sink in.

Here is a twitter thread specifically alleging selling nuclear secrets to the Saudis:

@
What US President decides to leave office and take with them classified information about nuclear capabilities? Someone who should never hold office again. And what was he going to do with that info? What Rs supporting him now?

This reddit thread is full of the same type of accusations, including the exact same Rosenberg connection as appears on this forum in the FBI Raid on Mar-a-Lago thread 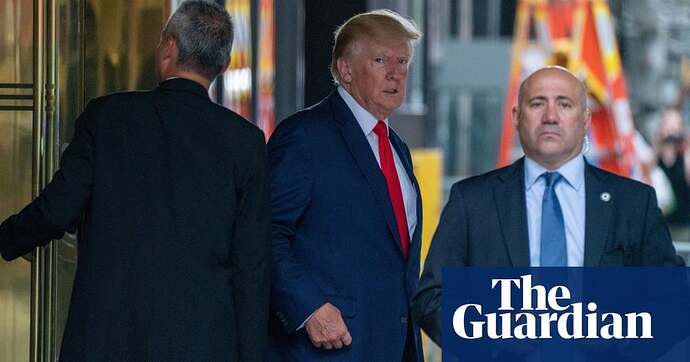 So yes, you were just missing something. Not sure why someone would “heart” your post for missing this lol

Taking these one at a time:

the liberal lawfare crowd in 2020 by Brookings

So… completely idle speculation that contains zero accusations that is wholly irrelevant to the actual FBI raid.

You asked, I answered quite thoroughly. Now you’ve seen actual examples of others mentioning it, so you’re more informed.

Then of course the raid happens and we get the more recent reminders to connect the dots.

So your point is that the justice department should have ignored Trump taking the classified documents? Or not have cited the Espionage Act in the search warrant?

And it appears Trump fell right into their trap by ignoring the subpoena.

emotion for this stuff.