Mine are much juicier than rotisserie chicken from the store, which are always dry and overcooked.

You need a better store. I love the rotisserie chickens I can get here

Or maybe i need to eat supper earlier. If we buy a rotisserie chicken for supper, it’s been sitting in the warming oven for hours.

Tbe iGrill or something else?

Went with this instead of the iGrill. Wasn’t entirely sure how the iGrill would like being outside in our 6 month winters. 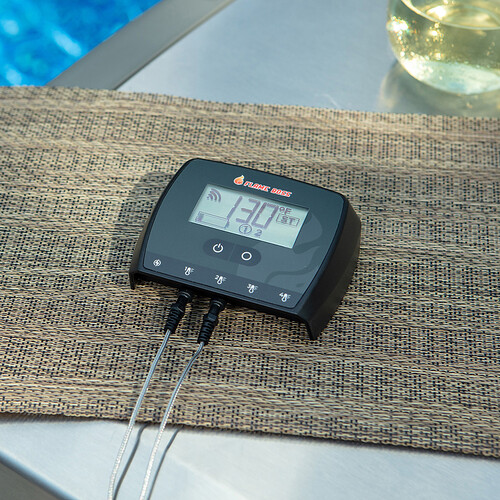 Monitor up to four temperatures at once with the Flame Boss WiFi Thermometer, compatible with grills, smokers, stovetops and ovens.

You need a better store. I love the rotisserie chickens I can get here

Rotisserie chickens are tasty here too. It’s a fairly regular purchase. Sometimes here people claim the rotisserie chickens are cheaper than buying raw chicken at the same store, but I think they typically are just looking at the total price rather than price per pound. The cooked ones tend to be smaller and more per pound. They are still a great deal though, particularly for the convenience factor. I think they are “loss leaders” for some stores, selling near/below cost as they expect people stopping to pick up a chicken will buy several other items as long as they are there.

I did a 4 lb one. Don’t know how much a roto weighs, but we had about the same amount of leftovers as we do with a roto, so they must be kinda close?. At the same store the raw 4lb one cost me about $11, the roto one is $8.

Isn’t Costco know for selling theirs for $5? Do they still do that?

And, according to studies, the Costco ones are bigger than the grocery store ones

Isn’t Costco know for selling theirs for $5? Do they still do that?

Yes, they still do. They probably lose money on each bird. But Costco makes most of its money on membership fees, not grocery store profits.

There are certain items where it seems to be a matter of pride / brand that Costco won’t raise the price on. The hot dog & soda at the deli for $1.50 is one that I’ve noticed and the $5 rotisserie chicken is another. There might be more.

Costco probably has good data on proper loss leaders. People love that hot dog combo and the rotisserie chicken, but I imagine very few shoppers purchase only those items on any given visit. Maybe those cheap items help get them in the door, but most shoppers leave with a cart load of stuff.

It’d be interesting to play with their data for sure.

I feel like my membership pays for itself though, so I’m not sure they’re making money primarily on membership fees. Hubby & I are executive members and our 2% bonus usually exceeds the membership fee by a substantial margin. (That’s on top of the credit card bonus, mind you.)

What I save in gas and clothing and groceries is just icing on the cake.

A friend gifted me a lot of lamb ribs because he wasn’t sure what to do with them. The lambs were raised on his father in law’s hobby farm.

I’ve made lamb chops and rack of lamb many times, but have never cooked just the ribs. I don’t think I’ve ever seen just the ribs served before, but I have seen them for sale online. I think I’m going to brine them, go with a rosticciana style rub (rosemary, fennel, garlic, lemon), and smoke at ~250F. Haven’t decided to wrap them vs not. I think I should expect people to eat at rack or more each, as they aren’t nearly as meaty as pork ribs. 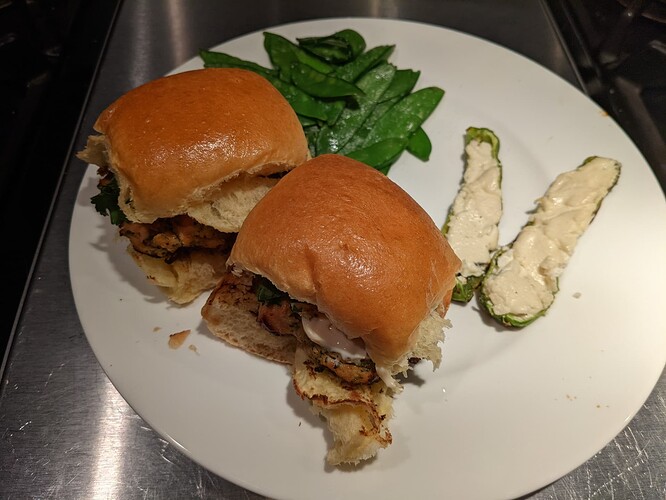 steak, corn, zucchini at the beach

Lamb ribs are really fatty. I like them, but i think you want to cook them in a way that lets a lot of the fat render off. I wouldn’t want to wrap them up.

I’ve used a broiler, which is pretty good for that sort of thing. If you grill them, you’ll want to mostly use the side away from the flames.

I was definitely going low and slow to render the fat. With pork ribs, I typically leave them unwrapped the entire time. However wrapping them for a portion of the cook can speed cooking and add juiciness at the expense of some crustiness. Some people swear by the 3-2-1 method for pork ribs, but that’s not my favorite. That’s 3 hours unwrapped, 2 hours wrapped, 1 hour unwrapped and sauced. They will be juicy and literally falling off the bone that way, but overcooked IMO.

With pork ribs, I typically leave them unwrapped the entire time. However wrapping them for a portion of the cook can speed cooking and add juiciness at the expense of some crustiness.

I usually keep my pork ribs wrapped, so I can use the juice in my homemade BBQ sauce. Crustiness comes from broiling with the BBQ sauce slathered on.

They will be juicy and literally falling off the bone that way, but overcooked IMO.

Yeah, well, I hate over cooked meat. Whenever somebody tells me about meat that falls off the bones, i suspect it’s overcooked for my tastes. So you should take that into account whenever i share coming advice or experience.