Under-valued by the NFL and ignored for the HoF for way too long. Was the GOAT at his position for a long time.

OK, now I’m interested in modern stats regarding punters.
I would think that a stat called “average scrimmage spot after punt versus league expectation” would put him way above anyone in history.
Or, “average punt return yardage.”

There has been different enforcement of ineligible downfield on punts which may make comparisons difficult. Also, with more offensive production, fair catches are more common than 30-40 years ago. It’s not worth the risk of fumbling. I’m making that stat up based on observation…

RIP Ray Guy. Best ever at his position. As a Raider fan he was the lone bright spot through some lean years. We knew we would go 3-and-out but Guy would always pin the other team deep in their own territory.

I attended a Raiders @ Rams game in the LA Coliseum about 1980 and saw him punt in person. I was the deep snapper on my HS team and a backup punter. I was in awe every time he kicked the ball. We were pretty high and every one of his punts went well above our heads. He was amazing. Glad he has gotten his due. RIP

It wasn’t about the depth, but the height and the hang time for the coverage team 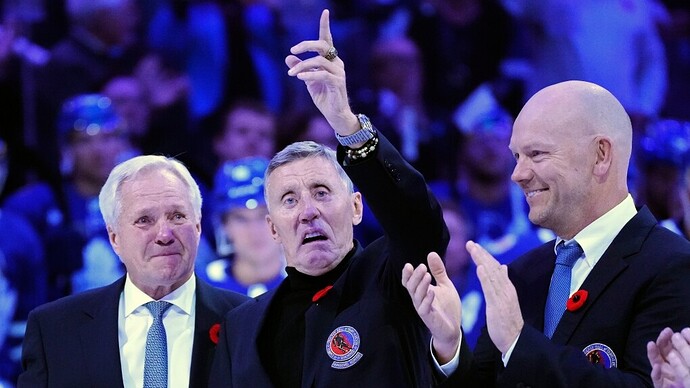 Toronto Maple Leafs legend Börje Salming has died after a battle with amyotrophic lateral sclerosis (ALS.) He was 71.