According to Wikipedia, he was the 7th son of the 7th son. He only had two children, so couldn’t continue the streak.

Officially only 2 children, but he WAS an athlete…I am definitely kidding. His wife died young.

I enjoyed his work on Inside the NFL

She saw him finally get inducted and her life was complete 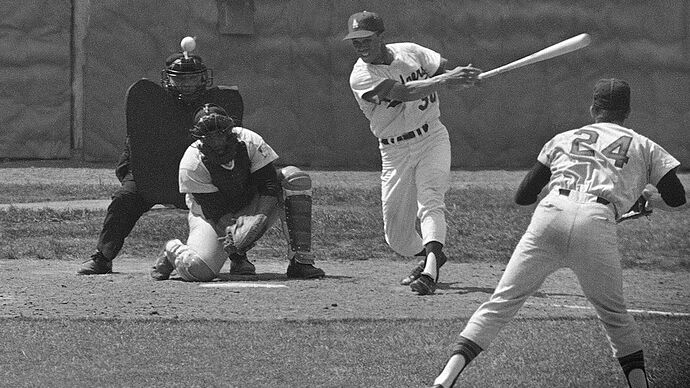 Maury Wills, who was the 1962 National League MVP and was a part of three Dodgers World Series championship teams, has died at age 89.

his prime was before my time, but the first to make the SB a weapon

Yeah I was too young to see him play. Today’s analytics would not have though much of his game offensively. But different era and yeah probably the first guy to really go crazy with the SBs.

Kind of amazing the year he stole 104 he was only caught 13 times and 13 was the league high. 88% success rate is crazy good, especially when everyone knows you’re going. Though it doesn’t look like he was able to replicate that high a success rate the rest of his career.

Though it doesn’t look like he was able to replicate that high a success rate the rest of his career.

amazed at his MVP votes in '71, curious as to the story behind that. '69, maybe a catalyst on his return to LAD.

his prime was before my time, but the first to make the SB a weapon

I was lucky enough to watch Wills in his prime but Ricky Henderson was the best base stealer I ever saw.

i would think Brock > Wills

I knew that there were more liberal rules regarding stolen bases in the Cobb era so I looked some stuff up. “Defensive indifference” was counted as a stolen base until 1920. But I did not know that until 1950, a runner could get a stolen base by advancing on a fielder’s choice.

Not to take anything away from Wills, but the “He changed the game” talk seems like nonsense. he changed the particular game at the time when he was on first or second, but I don’t see a shit-load of base stealers and teams using the stolen base as a weapon.

He was unique. That seems a lot truer and more flattering than “changed the game.”
SBs went up 33% or so in the 60’s, while he played. They went up another 50% in the 70’s, after he retired. (No word on caught-stealing stats.)

In baseball, a stolen base occurs when a runner advances to a base to which they are not entitled and the official scorer rules that the advance should be credited to the action of the runner. The umpires determine whether the runner is safe or out at the next base, but the official scorer rules on the question of credit or blame for the advance under Rule 10 (Rules of Scoring) of the MLB's Official Rules. A stolen base most often occurs when a base runner advances to the next base while the pit...

Didn’t see him play. Missed by a couple years. Prior to Willis, leaders were more likely less than 40 with one player touching 50 in 15-20 years before. Following Wills, Brock elevated and other lead off guys followed. Lopes was key for Dodger titles, Moreno helped Pittsburgh, and Coleman was there for Cards. Henderson was amazing. Last guy to steal 70 was Ellsbury in 2009. While the SB didn’t sustain itself speed and base running is still important.

There is a drama to the SB. Dave Roberts versus Mariano Rivera in 2004 was one of the best moments in baseball. Wills deserved recognition for elevating speed during a time of bigger parks. 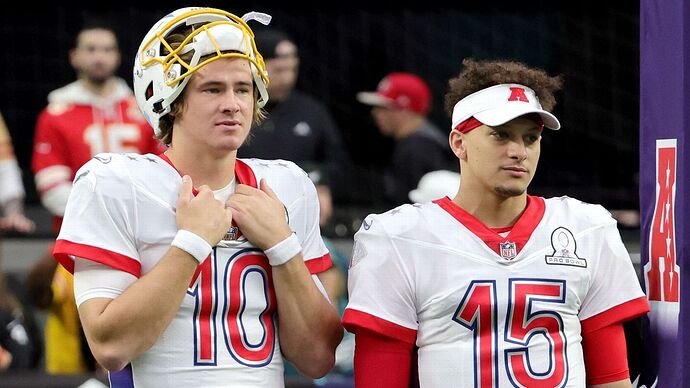 The NFL is replacing the Pro Bowl with weeklong skills competitions and a flag football game, the league announced Monday.

NFL Pro Bowl, RIP. Doubt anyone will miss you.

Turn it into the Superstars competition of the 1970’s.

Turn it into the Superstars competition of the 1970’s.

Agree with this. Have them not just do football things. Make them do events from other sports (3 point contest, home run contest, penalty kick shootout). Have the final event be a Ninja Warrior/American Gladiator type competition.