Def Tackles seem to age terribly. the frame is a hard one to carry 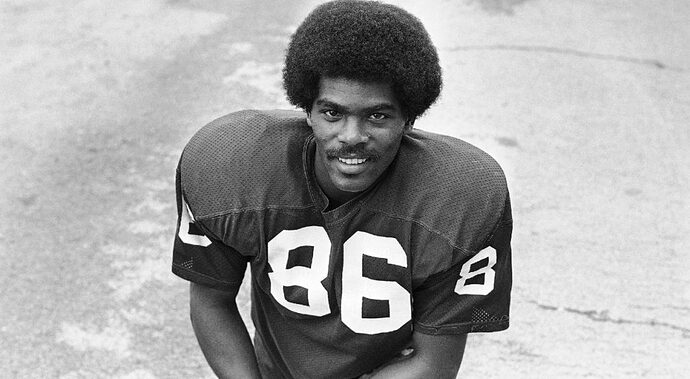 His daughter, Angela Marriott, told The Associated Press that Briscoe, 76, died of pneumonia at a hospital in Norwalk, California. He had been hospitalized with circulation issues in his legs. 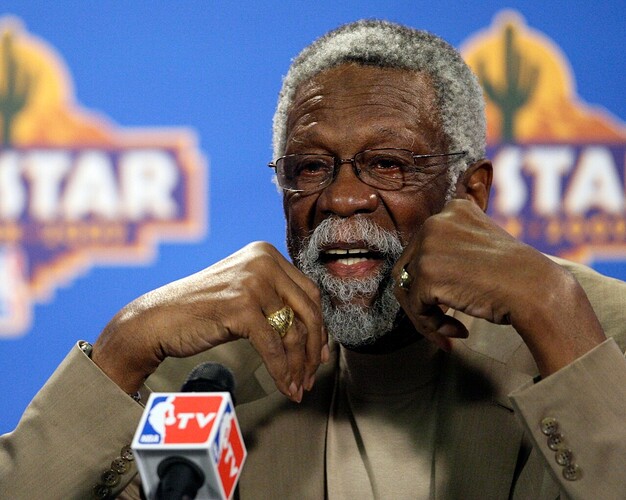 Russell’s list of accomplishments includes being an 11-time NBA champion, captain of a gold-medal-winning U.S. Olympic team, and the first Black head coach of any North American professional …

Bill Russell was something else. Loved his battles with Wilt Chamberlain.

I always remember a video we watched in high school gym class in the 1960’s where Russell was demonstrating how to do a two hand behind the head dunk. All of us were under 6’ tall so it was academic but pretty impressive to watch.

fwiw, I use this for sports personalities that may otherwise get overlooked

Russell & Scully deserve the main RIP thread, if not their own

Russell deserves a higher status as he was a giant on and off the court: Muhammad Ali-type stature imo.

was out on Sunday with two other couple and two of the ladies with us, did not know who he was. I was shocked

But in NBA pop culture I think only Jordan, Wilt & Kareem can be mentioned with Ali.

I was a Wilt the Stilt fan as well and remember fondly his 100 point game. However he is probably better known by the general public than Russell because of his notorious personal life and claims. And Abdul-Jabbar and Jordan had movie roles so would be better known outside sporting circles.

There is a great photo (from the 1960’s?) of my three all-time favourite athletes together: Jim Brown, Muhammad Ali and Bill Russell. Those three guys were incredible.

no question. Just questioning his Q ratio, not his talent or career

Brown is rather under rated and the greatest RB ever

Ali, is the most recognized athlete, wordwide, ever

Russell, is fitting to be there. The most successful NBA all time.

Brown is rather under rated and the greatest RB ever 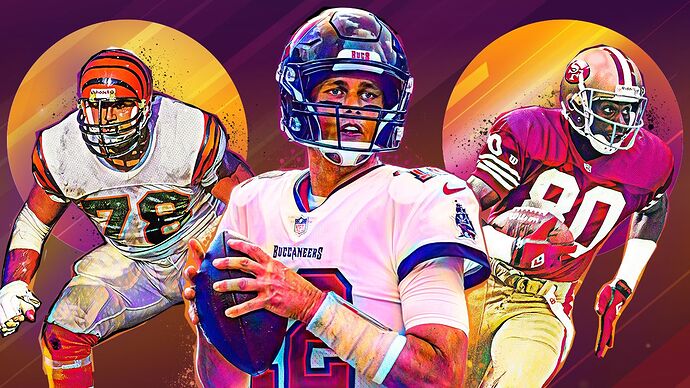 The NFL's GOAT at every offensive position: We asked 50 experts for the best...

Who is the NFL's all-time greatest quarterback, receiver and offensive tackle? Our experts picked the top player at every offensive position to ever play the game.

True, he wasn’t a unanimous pick.

Wilt was in at least one of the Conan movies. I’m not sure how much he’s remembered for that. But supposedly 20,000 women had first hand knowledge of Wilt.

also, Jordan & Kareem were in movies because of their fame

I would bet Barkley & Shaq are better known than Russell

True, he wasn’t a unanimous pick.

Jim Brown probably would have a been unanimous pick if all the voters had been old enough to actually have watched him play! I was a Cleveland Browns fan in the late 1950’s and early 1960’s solely because of the awesomeness of Jim Brown. Have seen many great NFL running backs since then but no one ran over defences like Jim Brown. You can only judge these potential GOATS in the context of their times and Brown dominated his contemporaries like no other.

Wilt was in at least one of the Conan movies. I’m not sure how much he’s remembered for that. But supposedly 20,000 women had first hand knowledge of Wilt.

I thought it was 30,000? That is what Wilt will be more remembered for rather than his 100 point game.

Even in death his legend grows! It was 20k which someone figured out worked out to 2.3 girls a day. But despite that I’m pretty sure basketball is what he’s most remembered for. Though that may have broadened his circle outside the basketball fans.

It was 20,000 when he initially made the claim: I was just extrapolating for the years he lived after that……

need to look that up

I remember that Wilt played professional volleyball after his NBA career.

Both Wilt and Bill were track and field stars in university. Wilt sprinting must have been a sight to behold!