Looks like it could be a pretty direct hit on the Tampa/St Pete area. Hope anyone reading in that area is taking proper precautions.

My sister and her husband live in the greater Tampa area. They were going to leave this morning, but with the track updates yesterday they decided to leave last night.

I just saw an updated track from a forecaster here that had the eye going straight up Tampa bay. From my days working with a coastal commercial property portfolio, that is a worst case scenario for storm surge. Could be an exceptional event in terms of surge.

There’s a guy standing next to DeSantis in full camo. I assume he’s with the Florida version of FEMA or maybe the National Guard.

By chance it’s a pretty optimal path for the book I support, but will be interesting to see how the storm behaves after it hits landfall, whether it hangs around much or not and causes significant flooding.

The bathymetry of the area is particularly bad for surge, and there’s a lot of concentrated property value in the bay. If the storm gets bigger and/or slows down, that would make it even worse.

Here’s an article that briefly discusses that.

Hillsborough County officials said Monday they expect to evacuate over 300,000 people from the Tampa Bay area after the National Hurricane Center predicted Hurricane Ian could generate five to 10 feet of storm surge.

Looks like latest tracks are a bit south of Tampa, which would help surge tremendously but still could be a bad event 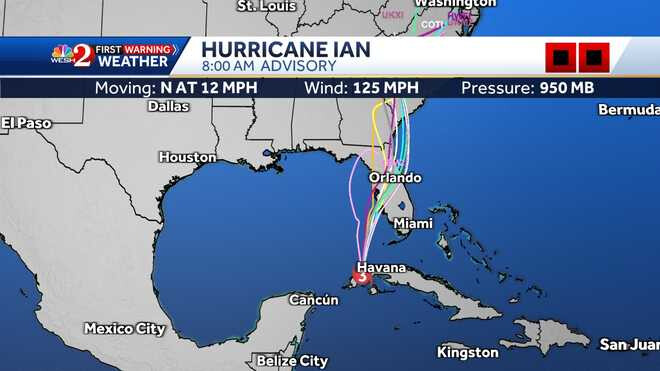 Without seeing a pic not sure what is meant by “full camo”; but what uniform would expect a National Guardsman to be wearing when they’re getting ready to do work?

So the hurricane can’t see him.
Sheesh, you KNOW hurricanes have eyes, right??

Have a niece who started college in the Tampa area this year. They are under evacuation from the dorms so she’s going to shelter with her roommates family. They are also in Florida but not sure what part.

I think Katrina’s biggest problem was that New Orleans entire city is below sea level so once the surge came over levies and flood walls it wasn’t going anywhere until pumps got up and running to empty the giant bowl back out again. That will not happen in Tampa. The water will surge in and go right back out.

There is not usually a major Florida hurricane this late in the year.

There is a CEO of a large US property-casualty reinsurance company who will tell you he does not believe in climate change.

Is that what he says or what he believes? That is have premiums increased for climate related storms or did they stay the same? Because if climate change isn’t real there is no need to raise premiums to compensate for something that doesn’t exist.

I can think of other public figures who probably do not say what they believe.

1PM update still tracking south of Tampa, which would be very beneficial in terms of surge in Tampa Bay 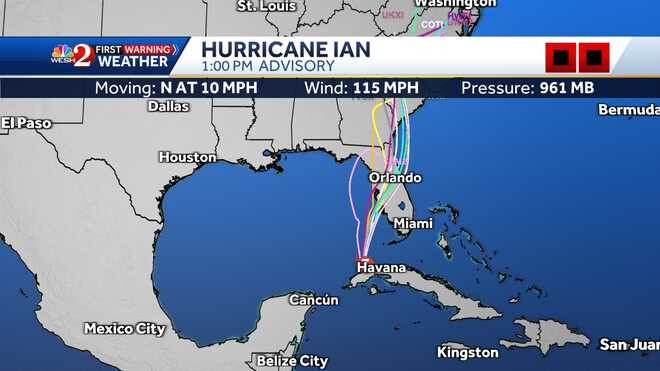 Hurricane Matthew in 2016 was about a week later than this. It had been predicted to hit Florida the first week of October, but stayed offshore and went north to South Carolina. My daughter was living in Miami at that time, and I recall the trepidation about that storm well.

Anyone in the path of this storm, please be prepared and stay safe.

Is Alabama safe? Do we need a sharpie to help them prepare?

Is Alabama safe? Do we need a sharpie to help them prepare ?

The President, merely by saying so or drawing so, can MAKE a hurricane change its path.

unless there was some other reference I missed