Biden's "Crisis" at the US-Mexico Border

They have proposed a solution though. They want a wall, etc. etc. But we have decided that the border situation is not a state issue, it’s a federal issue.

It’s actually kinda unfair that non-border states even have a say in this without being affected at all (other than taxes).

We seem to have illegal immigrants pretty much everywhere. I suspect the “market” has already addresed how they are spread out based on an average migrant flow. Sure, the system is tested when there is a surge, but it’s not like they all just accumulate in border towns permanently.

The bussing might encourage more to come if they know they aren’t stuck in Texas for long.

Market is probably a bad term… not illegal trafficking, but just how they find relatives already in the us to stay with, which is why many volunteered for the bussing since it got them closer to where they wanted to go.

They have proposed a solution though. They want a wall, etc. etc. But we have decided that the border situation is not a state issue, it’s a federal issue.

It’s actually kinda unfair that non-border states even have a say in this without being affected at all (other than taxes).

I’d rather it be a federal issue, with necessary funds allocated to states based on their # of undocumented immigrants. But yeah, I’m all for building a wall if it would actually make republicans happy.

Bad read.
The governors are the ones looking for help. They have the experience with immigrants.

How do you manage to turn that into a Ds lack of initiative. It’s the border states looking for help.

How many states do you need to drive through to get to the border from Florida? I’m not aware of a lot of water crossings lately. They have a large Hispanic population around Miami but aren’t they mostly from completely separate countries than where current migrants are coming from and unlikely to end up in Florida with family connections?

California, Arizona, and New Mexico are all along the border. I can understand there may be more crossings into Texas… maybe… but it seems the common denominator here is “governor with presidential ambitions”.

Sure they are. You just don’t hear about it because the Republican antics are more inflammatory, and get more clicks and eyeballs. 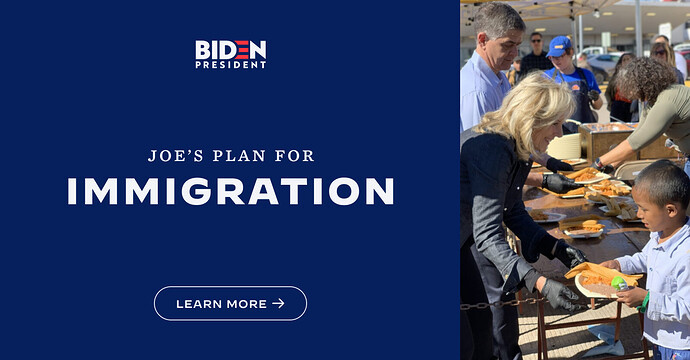 The Biden Plan for Securing Our Values as a Nation of Immigrants - Joe Biden...

It is a moral failing and a national shame when a father and his baby daughter drown seeking our shores. When children are locked away in overcrowded detention centers and the government seeks to keep them there indefinitely. When our government...

I mean, who wants to read a 34 minute article when there are misleading memes to get righteously indignant about? 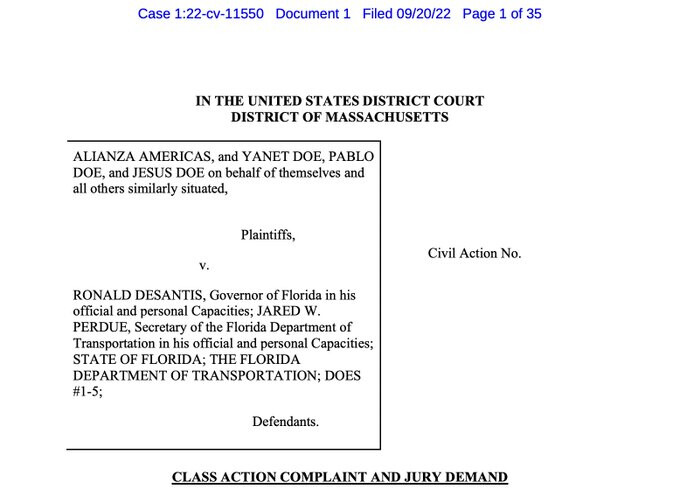 The real joke only lands when they get visas on the basis of being defrauded.

Good. I hope they get a settlement of around 12 million dollars…

It’s not really a plan. It’s we’re going to let as many people come as asylum seekers as want to come. Yes I read it.

Should we not allow people to apply for asylum and have a court hear their case?

If we have a place to let them stay…sure. Otherwise…they’ll just be homeless here