Biden's "Crisis" at the US-Mexico Border

Call it what you want: “A Crisis”, “Difficult”, “Challenging”, “A Disaster”, it’s a problem completely created by Biden (or the backroom committee propping up Biden) and his (their) policies.

It seems unarguable that there are a lot more migrants, unaccompanied children, and refugees crossing the border putting a severe strain on resources. They’ve run out of room in the infamous “cages” and are scrambling to find other places (shipping containers) to temporarily house the children. I’ve seen some estimates that 25% of the people coming into the country were testing positive for COVID-19.

And if that’s not enough, a bigger surge is approaching the border.

And don’t kid yourself into thinking that this situation isn’t welcomed and taken advantage of by: the coyotes, mules, drug-traffickers, human-traffickers and assorted other low-life criminals. This situation impacts more than just the people trying to flee to what they think will be a better life in the US. 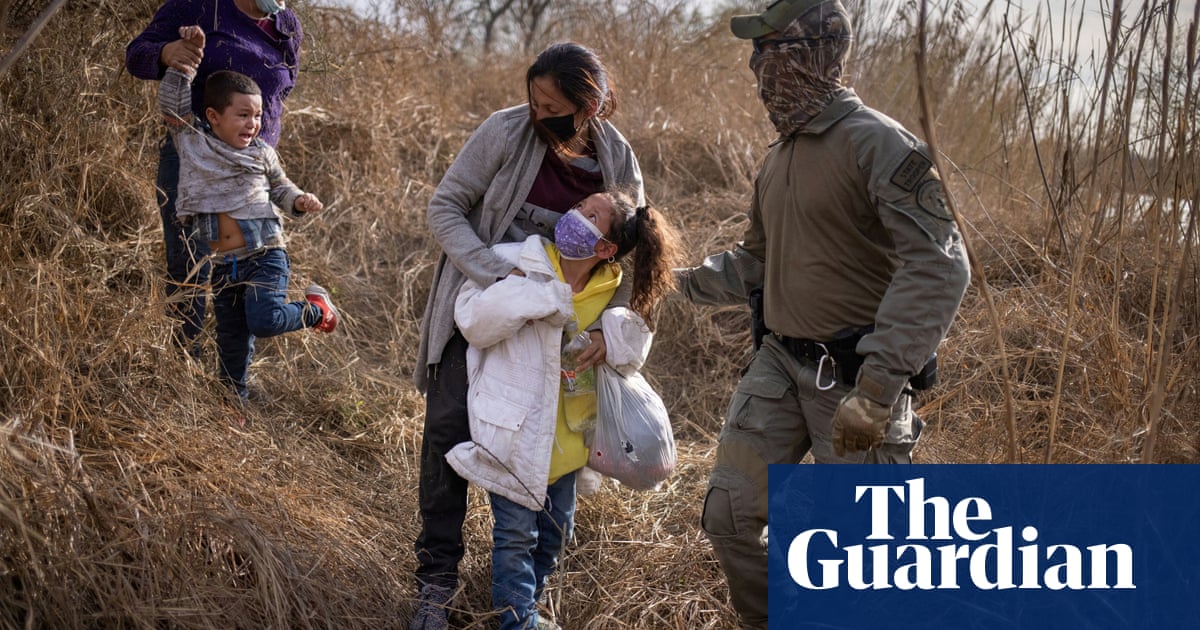 Call it what you want: “A Crisis”, “Difficult”, “Challenging”, “A Disaster”, it’s a problem completely created by Biden (or the backroom committee propping up Biden) and his (their) policies.

Unclear why this was completely created by Biden.

Seems like a Fox News Caravan issue. They must have no real news to report.

The people in those caravans want to cancel Dr Seuss!!

Real issue is why the countries from whence they are fleeing are less livable than the USA.

Because the USA is now a much better place to live now that Trump is no longer President. So, much more desirable to live here. So, it’s all Biden’s fault. THANKS, JOE!!

Trump’s fault for not building the wall, as he promised he’d do.

Another plug for Tangle. Here is today’s newsletter. (A 12 minute read)

Plus, what should Democrats prioritize now?

And don’t kid yourself into thinking that this situation isn’t welcomed and taken advantage of by: the coyotes, mules, drug-traffickers, human-traffickers and assorted other low-life criminals.

The only Biden policy I know of now is the elimination of the “Remain in Mexico Policy”, which resulted in tens of thousands of people living in tent cities, where they were frequently kidnapped, raped, and murdered.

It’s likely that ending this triggered a bump in border crossings, but don’t kid yourself that they were safe and happy in Tijuana.

There was almost certainly going to be a spike in migrants at the border once Trump left office as the threat of war crimes was lifted. It is Biden’s problem to deal with, but also 4 years of no better plan than to commit war crimes is also a cause of the problem today.

Also, poor countries that were run over by a records hurricane season probably left many with even less reasons to stay.

What should be done?

Annex Mexico.
Then, a smaller border will be easier to build a wall and to defend. What could possiblie go wrong?

Or just give away Texas…

That would make an even longer wall. And the exodus of Texans to real America might not be something we desire. Power will go out more often, football players will want to leave their teams more frequently, they’ll make us remember Missions that we don’t really care about, giant hats will come back in style, The Big 12 will have only six teams,…

I’ll take their BBQ though.

much more desirable to live her

I agree this is a big issue, but it has been an issue forever. It’s disingenuous of both parties to point to the border and act like it’s the other’s fault. It’s everyone’s fault because Congress has completely failed to tackle immigration through legislation for several decades now. It is Biden’s fault for his time in Senate, but not for his time as President. I was never a kids in cages at the border person with Trump either. The US Mexico border will continue to be an issue until we have common sense legislation on immigration. My guess is that will never happen so this is just going to be a huge clustereff forever.

Newsmax (far-right QAnon-friendly conspiracy org) is claiming Biden planned this crisis before he was even President.

They also think he has dementia, but they can have their cake and eat it, I suppose.

Use FEMA to set up temp shelters.
Reassign all ICE personnel from hunting to processing.
Provide fed funds to cities willing to take in refugees.
Provide means to assist relatives with meeting and being responsible for their relatives that are refugees
Work with Central America countries to improve economies etc