Zoom mishap... should I be worried?

It’s been 1 full business day since and my boss who was in the meeting has not said anything to met yet. There is a chance no one saw, there is a chance I moved it fast enough that people question if they saw it correctly… That’s my wishful thinking, but my boss did just stop sharing so I could share and I’d find it hard believe that boss didn’t see. Either way I’m mortified and ready to quit so I don’t have to address this with anyone.

What should I do? Can I be fired? I feel super concerned, but the actuary in me says they are just non-curse words on a screen. Makes me think of a Warren Buffet quote, it takes 20 years to build a reputation and 5 minutes to ruin it.

I’m not quite understanding why your office is requiring you to use your personal desktop for work in the first place? Seems like bad practice on the part of your employer.

Quick email to the boss:

“Hey, my apologies for a lapse in judgment yesterday. I accidentally had some personal information on the browser when I started sharing the screen. Needless to say, I’m embarrassed, I’ve learned my lesson, and won’t do it again.”

Eh, if they fire you over this I’m sure yo have a case to sue them, since there will be plenty of witnesses backing you.

This is the least of your concerns imo. Some people have been caught jerking off, actually sharing p0rn, seen naked on camera, peeing/pooping, etc.

You’re not really alone. And people understand this happens.

He was let go.

“Wasting OUR paper on this??? That’s the same as theft!!”

I’d be mildly amused if someone accidentally showed their p0rn stash. I don’t know many people that have p0rn folders anymore. Your age is showing!!!

Assuming you do a good job, it seems unlikely that you’d be let go. If you do a bad job, this is the excuse they are looking for to fire you and it doesn’t matter what you do. I second Tiffany with I don’t understand why you are required to use your personal computer for work. If you are in health insurance, it is in the grey area of a HIPPA violation due to unsecured data.

If I was in your spot, I’d just say nothing. Even though now everybody knows you are a furry, they’ll forget soon enough and they have their own kinks they don’t really want to share too. If it is any sort of deal, your boss will let you know and you can address it then.

I got a text one day from a direct report referencing the above guy. The report had seen someone else do the same thing. The report is a very good friend and I had to parse out if I needed to report the person. Turns out, the report wasn’t willing to go on the record or even share the name of the guy because it didn’t bother the report so I didn’t follow through. I did the wrong thing from a company perspective but sometimes we need to let sleeping dogs lie. My report dropped a note off on the guy’s desk telling him not to be an idiot. As far as I know, the guy stopped being an idiot.

“Wasting OUR paper on this??? That’s the same as theft!!”

And I gathered, (like a bunch of other folks are mentioning here) that the decision to let them go wasn’t based on just this incident. The guy was on the edge for other things anyway.

The color printing is definitely what did him in

It’s no different than accidentally leaving out a sex toy in your bedroom and people saw it.

I dated someone who accidentally sent a dick pic to his boss.

I dated someone who accidentally sent a dick pic to his boss.

Hard to see that as an accident since it starts with taking a picture of their genitalia.

Hard to see that as an accident since it starts with taking a picture of their genitalia.

Oh, well gay people are pretty much born with a phone loaded with dick pics. We collect them like pokemon cards. If your girlfriend/SO has a gay best friend, I guarantee you he has seen a picture of your dick.

The hardest part about this pandemic is having to find the pic of my vaccination card in a sea of nudes.

I’m from a different generation. I guarantee you nobody has seen a picture of me naked since my age was measured in months.

actually, I have something on my phone that’s close. Lemme see if I can upload it here. 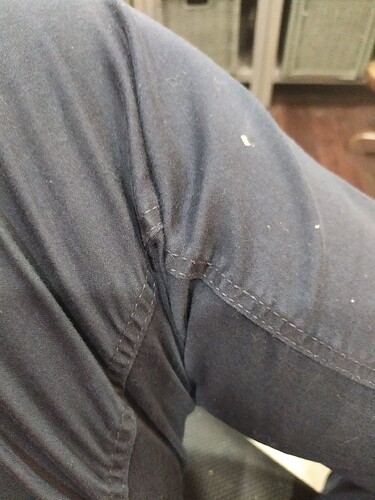