I understand the Spa claims to be following the law. And I read they have a sign indicating that you need to check your modesty at the door. But it seems that if you are going to have separate facilities for men and women to disrobe in, that you are doing that because your intent is to separate people by genitalia.

Am I mistaken in my expectations of why they have separate areas for Men and Women? 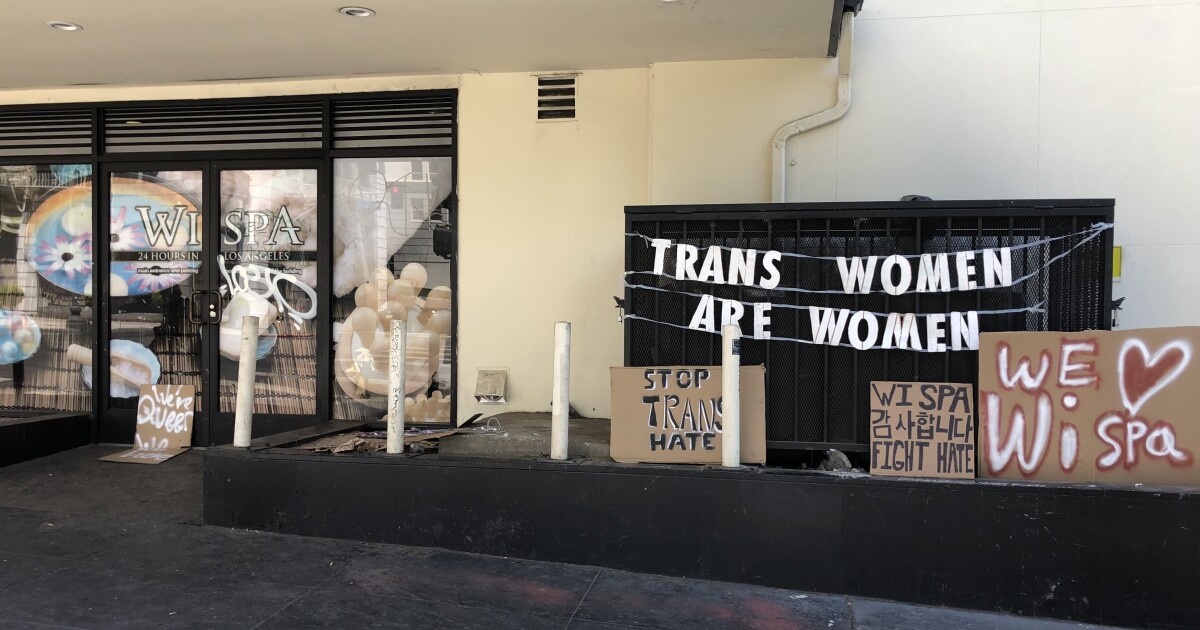 A large contingent of police officers arrived on scene after fights broke out between the two groups in front of Wi Spa in Koreatown.

It’s illegal to discriminate in CA on the basis of gender identity. Trans women are women, regardless of their surgical decisions.

So could they have separate facilities based on genitalia rather than gender or gender identity?

It just seems that their intent in having separate facilities is to not have people with penises and vaginas naked in the same rooms.

With bathrooms, it seems much less of an issue. Women’s restrooms normally don’t have troughs or urinals when penises would be exposed to others using the facilities. Seems most women’ restrooms have stalls with sit down toilets and while I don’t know this for sure, it would seem most trans men are probably going to sit down to go to relieve themselves, again in stalls, though I have been in men’s rooms where the stalls didn’t have doors. But overall, one reason I am not so against transgendered people using the bathroom that conforms to their gender choice is that you don’t see a lot of genitalia in public bathrooms. But in locker rooms you would expect to see more of it.

No, I don’t think that would be legal in CA.

And let’s not forget, gendered public washrooms are a recent (last 125 years) invention based on the misogynist idea that if women and men have to share a space, women’s modesty had to be protected. For millennia, men and women used the same facilities without an issue.

Other people’s genitals are none of your business.

Absolutely, and other than people with whom I am intimate or have a very specific and legitimate reason, I would rather not see other people’s genitals.

I also do my best to treat others that exact same way as well.

Yeah, I mean, I’d never go to a naked spa or a clothing optional beach or anything like that. Not my thing. It doesn’t change the fact that there is literally 0 reason to separate people by genitals and not gender. Gender is the only thing that matters for just about everything, other than potential to mate which it’s really the type of thing we need government regulation about.

But it’s not clear from the article if that was the case with the person, or if it was the other occupants being nutty.

I believe it is an open area in the Spa where people may walk around in the nude. But these open areas are separated as Women and Men areas.

If a trans female walks around the women’s area in the nude, are they “inappropriately” exposing themselves to young girls if there are normally young girls in that area?

It seems possible that the trans woman may have been acting like any other woman in the women’s area.

Gendered change rooms are a tougher thing. They’re culturally so ingrained that maybe the resolution for now is stalls. Stupid in concept but maybe practical until we can get to the point that its irrelevant.

BTW, there is no actual evidence of the woman’s accusation. Last I saw, there were no other customers that have identified a trans woman even being at the spa that day. There is a high probability this is just a TERF making up stuff to start a political issue of a problem that doesn’t exist in the real world. No one fakes being trans.

Some men have vaginas. Some women have penises. It’s just the way humans are. If you are going to bring your 9 year old kid to a naked spa, you have to understand that not every body is the same as yours.

It was a nekkid spa? Lol, then the uproar is absurd. Change the headline to read person is outraged to see nekkid person at nekkid spa.

I just watched the video that triggered this. The complainer is a full on effin idiot, overtly hate filled ‘phobe. I conclude that what happened was a trans woman doing nothing wrong, and someone decided to go full Karen. This isn’t about exposure of someones nibbly bits. This is some trumper stirring the pot, deliberately.

Of course the media knew damn well that this was the case, and still wrote the article ignoring it.

Especially with the lack of corroborating stories — it feels like a setup. Someone wanted to start trouble, and did so. 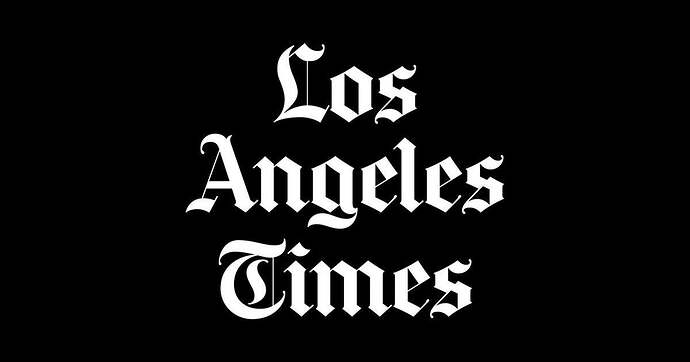 The last bullet point is funny.

oh the number of married straight men that I’ve fooled around with in the gym locker rooms back in the day.

that’s the only downside of eliminating gendered locker/bath rooms. /s

straight, gay doesn’t seem clear cut anymore… well when the gender is fluid, label may not be correct anymore…

I’ve accidentally walked onto a “clothing optional” beach. There were naked men. My children (one son, one daughter) were embarrassed. When i got into a discussion about growing apples with a naked man they were mortified.

The naked people were not doing anything wrong, and my husband told the kids they should look, (but not stare) because it was educational. Somehow, my children survived the trauma.