Do note that some people are genuinely interested in knowing other people’s histories.

Some ask, because they want you to ask the same of them, so they can brag about their family.

Others simply want a reason not to like you or to think they are better than you, somehow.

Figure out which one your boss is.

31 of my 32 3rd Great Grandparents were born in England (some Scotland, maybe an Ireland or 2) and died in the US (mostly Utah). They would have come over sometime around the 1850s. The other one was born here, and had some ancestors that were here in the 1600s.

Well, DID it give you a clue to how they view you? Only you would know the answer to that. You seem to have some suspicion, the existence of thread the evidence I have.

So, you keep your suspicions, and gather more evidence to maybe confirm or adjust your suspicions: ask your co-workers if this is a thing of your boss.
Could easily have been small-talk, so boss can get to know a little about you.

I would not be able to answer that question for any but 2 of my ancestors. I could not even answer the census question last year on ethnicity. I mean do I count my great grandfather that was half French and half native Canadian, my ancestor who is on Wikipedia and is said to have come from Wales in the early 1700’s, or one of the countless other ancestors of unknown descent who were stateside at least as early as 1900? Which portion of my ancestry counts more?

Did they break out the globe and say, “So, where are you from?”

“No I mean where are you FROM?”

Report to HR and post it on social media to get your boss immediately fired and canceled.

That question would make me EXTREMELY uncomfortable. I mean, if I’d been there 2 years and it happened to come up, that would be fine. But shortly after joining the team?!

And I have a fairly easy answer; all of my grandparents immigrated within a few years of each other, roughly 1910, when things got bad for Jews in eastern Europe and it was relatively easy to get into the US if you could scrape up the travel money.

Maybe it’s time to look for your next job.

I could perhaps imagine that question seeming normal if somebody brought up visiting family in another country. This would imply that their parents or grandparents are from that country. The person being asked has now brought up the topic, and it might be making polite conversation to ask.

Outside of that, it would sit somewhere between eccentric and offensive, depending on the circumstances.

Is this your boss?

I don’t think I’ve ever been asked by a boss although I frequently get asked this question in public. Oddly enough I get asked when I came to the US which is pretty stupid because most people would be able to conclude that I was born here after I say a few words.

I’ve never been asked this question after only a couple of days. I’ve discussed ancestry with plenty of co-workers over the years though.

I am guilty of asking a new hire basically this same kind of question though. I had hired her and she had very recently started working with us. We were talking about about various places we had lived. I asked her about her accent because I wasn’t able to place it in any way, shape, or form. It was a casual conversation sort of question and spontaneous. In hindsight, as her manager, I should not have asked that but it is really hard to not ask get to know you questions when you are getting to know someone.

There’s a coworker I met recently that I know is Muslim (name is Muhammad, and he’s mentioned being Muslim in conversation). He does not look at all Arabic or anything else I would generally associate with Islam though, so I’m curious about his heritage - or maybe he’s a convert. I haven’t gotten around to asking though.

I have a friend who grew up Muslim (and doesn’t eat pork) who looks… Maybe Indian? I’ve never actually asked about her ethnic heritage. Funny, because we have talked about her growing up Muslim. 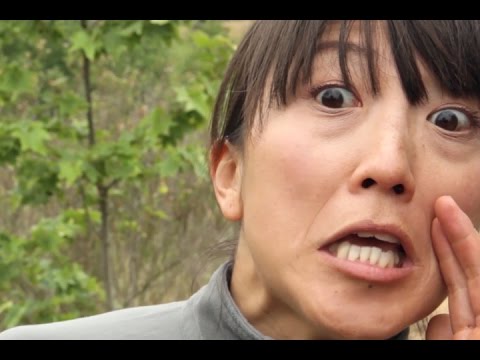 Isn’t Islam a big religion in India too? Well, most of Asia really.

Based on this guy’s last name I think he is Eastern European. Not sure how prevalent Islam is there. Also - good chance he’s a convert, so family history wouldn’t matter anyway.

Turkey is like a mix of asia and europe, so I’ve heard.