Who annoys you the most on Big Bang Theory?

All the girls annoy me. I feel like they’re useless characters. I especially hate Bernadette and her annoying voice.

I actually like the girls. Actually, I like them all, but if I had to pick a least favorite it would probably be Raj. Maybe Howard in the earlier seasons.

All of them are awful.

The whole show is idiotic. Why did anybody think I would think it’s funny?

You, sir have no idea what you are talking about.

The annoying people include: Stuart, almost all of Raj’s dates/girlfriends, Leonard’s mom, any of Howard’s relatives, and any professor except President Siebert.

Without looking it up, does anyone know which side character is an Oscar winner? I’m easy today, so I will give you a hint. The hint is in this paragraph.

I enjoyed Big Bang. There was a season in the middle that was poor and it hung on at least a season too long but overall I found it funny enough to watch the whole thing when it was in first run. I haven’t watched reruns so I don’t know how well it’s held up.

The juicy question is F/K/M between the 3 chicks.

I can’t hate her.

You two have no idea what you’re talking about. Wrong on so many levels.

I wish I could describe how obnoxious her facial expressions are. There just aren’t words.

I wish I could describe how obnoxious her facial expressions are.

Nah, I like myself too much to be jealous of other women at this stage of my life. She’s certainly more attractive than I am, but I wouldn’t want to be anyone else.

There is no one who can predict your humor. It is breathtaking.

Penny is hot, but the show is dumb.

And yet, you breathe.

And yet, you breathe. 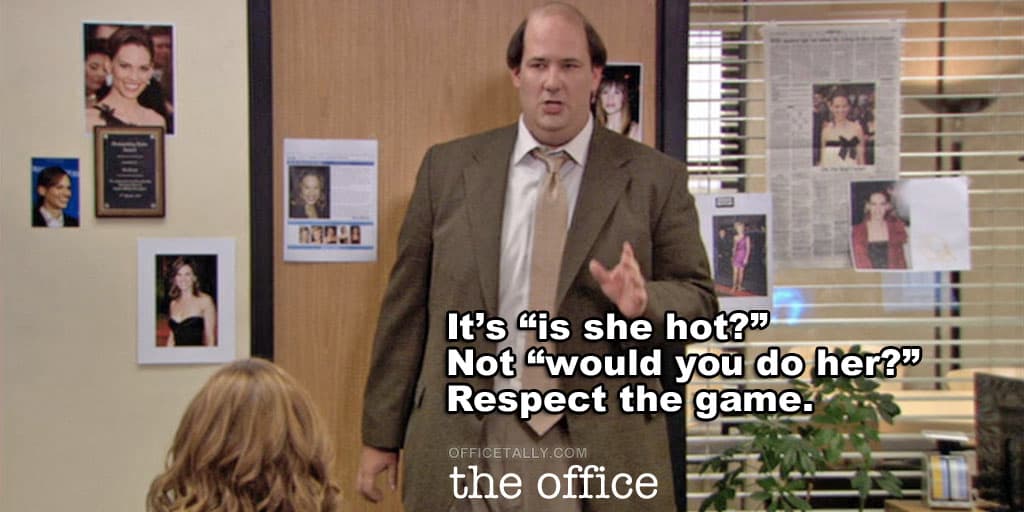