Where to spend my excess electricity

The Lincoln Electric company will buy my excess power up to the amount I use in a month. That is, I can only reduce my electric bill to zero. I won’t make a profit.

So, in summer, I’ll produce, let’s say 70% of the electricity that I need, but in winter, I’ll produce 120%. That 20% extra in the winter months will be a “donation” to the Lincoln Electric Company. (Shame!)

My winter heat is provided by natural gas, so I don’t use much electricity during those months. I’m thinking of getting electric heaters to supplement or augment the natural gas…maybe/maybe not.

However, the purpose of this thread is that I’m looking for other ideas on where to use the extra electricity in the winter months. The only other idea that comes to mind is mining bitcoin or something similar, but I don’t really want to invest so much capital into something like that, don’t have the know-how for something like that, and also want something that’s easy to turn on/off a few months at a time.

It doesn’t sound like you’re trying to spend it so much as waste it.
Or maybe I’m just salty from reading reddit threads today.

spend it so much as waste it.

yup…don’t know, though, if I want to spend $50-$100 on a space heater again (wife got rid of the perfectly good old ones that we had).

Also, maybe there’s some where else I can spend or waste it.

Get some GPUs, mine Bitcoin. Side benefit: free heat.

Get some GPUs, mine Bitcoin.

Don’t know if I’m smart enough to do something like that.

Do you have a garage that’s not heated? If so, heat the garage with electricity.

Become an audiophile and buy large Class A amplifiers. Which are basically heaters.

Buy an electric car and charge it at home. 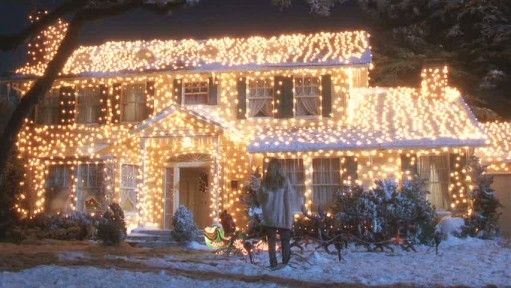 Look into getting storage batteries, but don’t tell LE about them. Yeah, they’ll probably figure it out, and you might max out on them as well (good for outages, though). Some capital investment required.

can you see if you neighbor would take it? Like push it into his/her place to reduce their bill, they can pay you back in beer or whatever. that’s assuming you like your neighbor.

And, his choice in beer.

Spend it on spellcheck.

can you see if you neighbor would take it?

Sounds like a lot of work. I mean, I’d have to talk to my neighbors, first of all, and then I’d be stuck drinking their beer.

Yeah, I definitely won’t have to be so vigilant about turning off unused lights.

I could heat the ground of my back yard…hydronic heating system… a la the not-so-frozen-tundra of Lambeau Field.

it seems like dogecoin is the coin to mine these days