What is your favorite gerrymandered district?

I think mine is Maryland’s 3rd district:

Maryland's 3rd congressional district comprises portions of Baltimore, Howard, Montgomery and Anne Arundel counties, as well as a significant part of the independent city of Baltimore. The seat is currently represented by John Sarbanes, a Democrat. Landmarks in the district include Fort McHenry and the state capital, Annapolis. Three people who represented Maryland in the United States Senate were also former representatives of the 3rd district, including Ben Cardin, Barbara Mikulski, and Pa...

There is a piece that you would have to swim across the Chesapeake Bay to get to if you wanted to be able to traverse the entire district and stay within its boundaries the entire time. 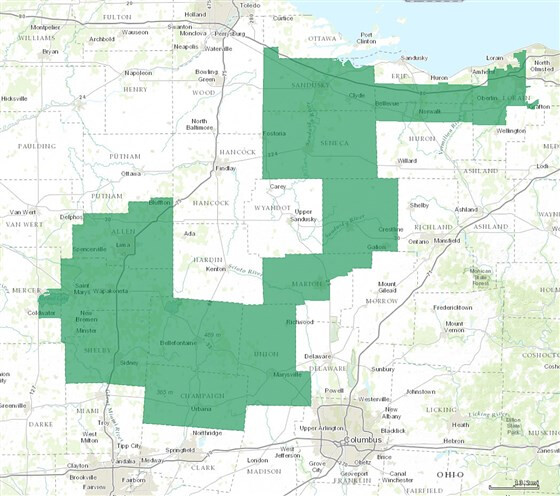 I see a toilet

Wow. It’s drawn to avoid any place of the remotest note, except for Lima. My big brush with corporate bigshotdom years ago was to fly in the corporate Learjet from Cleveland to Lima. I was definitely in over my head and just kept my head down to make sure I got a ride back. 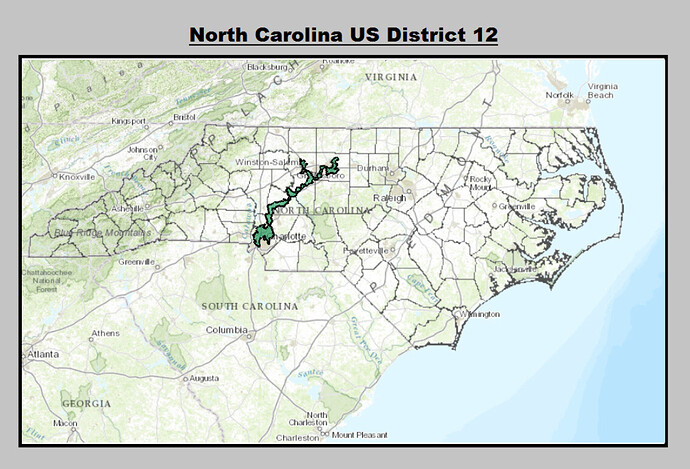 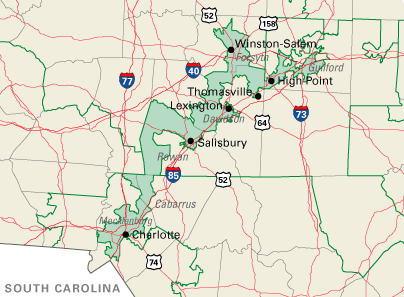 More on this district:

after 2017, though, it has been a compact district.

Looking at the current NC map, congrats to them for getting back to compact districting, which hadn’t been seen for 30 years:

North Carolina is currently divided into 13 congressional districts, each represented by a member of the United States House of Representatives. After the 2000 Census, the number of North Carolina's seats was increased from 12 to 13 due to the state's increase in population. After the 1990 Census, the US Department of Justice directed North Carolina under VRA preclearance to submit a map with two majority-minority districts. The resultant map with two such districts, the 1st and 12th, was t...

In honor of the OP, (Daggett), I’ll point to seat 35 of Texas (Doggett, D). The other 4 slices of Austin and the rest of San Antonio are Republican. 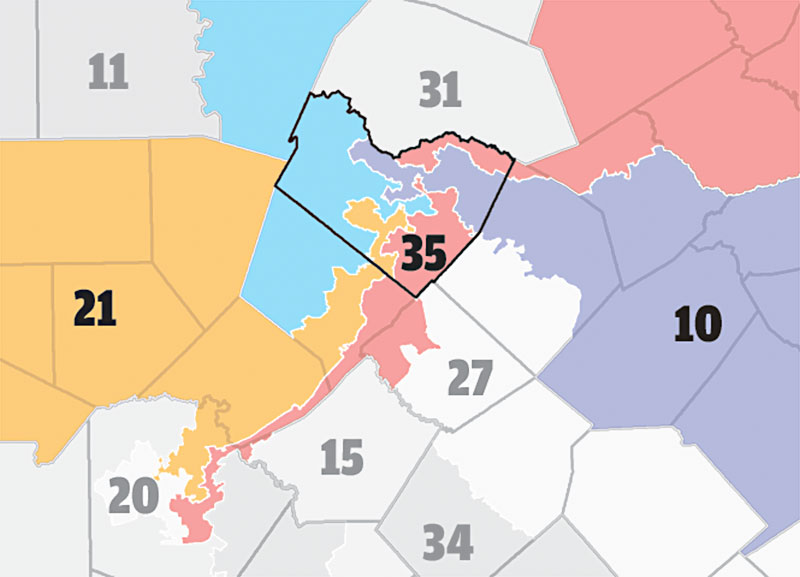 North Carolina had been famous for gerrymandering; they were possibly the most gerrymandered state. Things have really changed since the last time the map was drawn.

Texas is horrific with that in the major cities

Well my least favorite is the one I live in, but it’s my state senate district, not a Congressional district.

they cleaned up PA in 2018, but PA 6 used to be a good one. The urban areas of 3 counties were all grouped into 1 district. 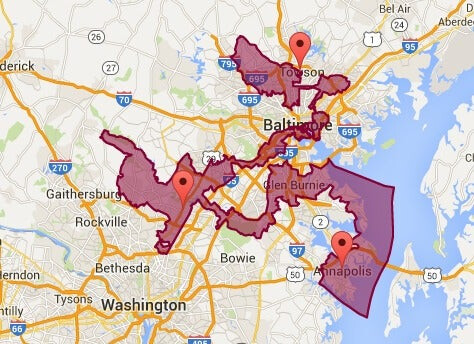 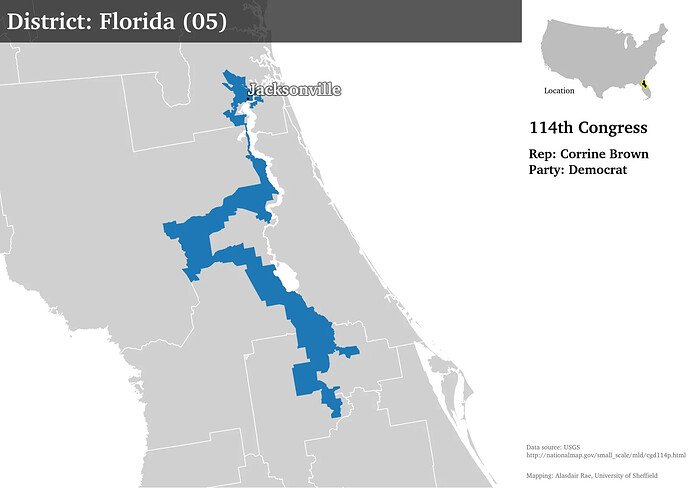 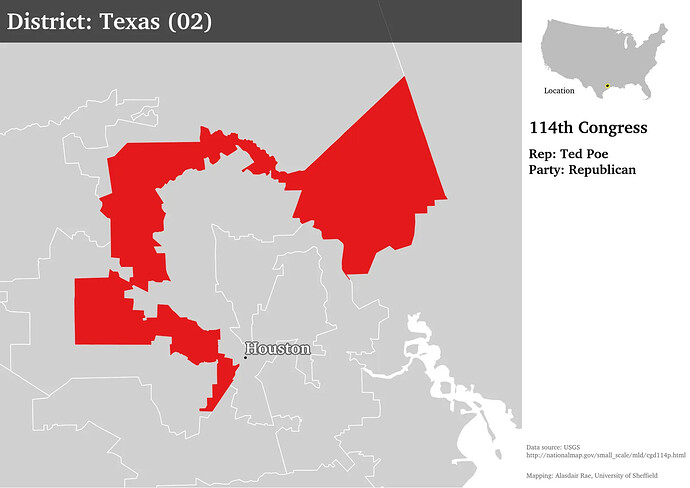 This is the exact district and map that was mentioned in the OP. 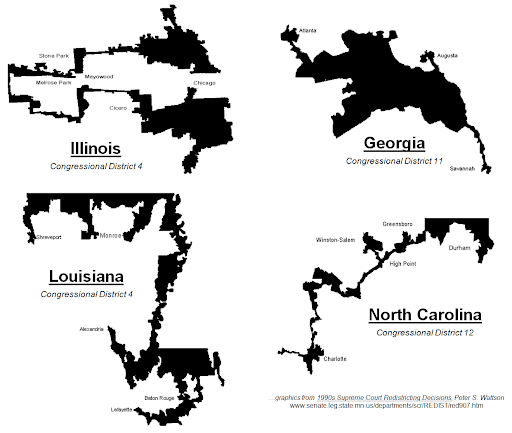 Yeah just having fun posting some of the more egrigeous immages

That Louisiana one almost outlines the state boundary, that is really crazy.

I think a big portion of these are obsolete now, but Earmuffs definitely is still there.

I am laying an early claim on the new TX-38

No idea where it will be, but I have faith that it will be ridiculous.

The LA one is for all the river people.