What happened to Kanye?

Dude’s posting swastikas on twitter and praising Hitler. What in the actual fuck. Is it a ploy for attention? If nothing else, could someone tell him nazis don’t like black people. 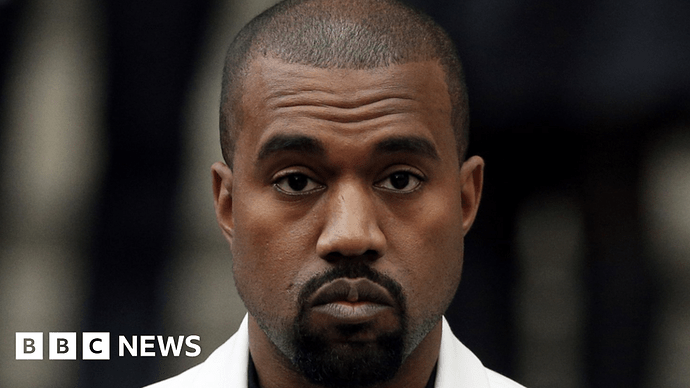 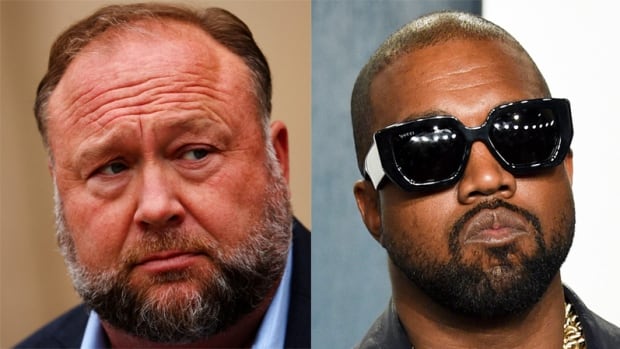 From far-right chat shows to sports and Saturday Night Live, some are spreading hate. Advocates warn this is what the normalization of antisemitism looks like, when you add it all up.

He is bipolar and refuses to take meds. Right wing media has been taking advantage of him since he wore a “white lives matter” shirt a few months back.

He is* a huge asshole and anti-Semite on top of that, but this is just as much on those who aren’t mentally unstable giving him a spotlight.

*edited from “might be” as it is highly unlikely those things are a result of being bipolar.

Yes, he is deeply unwell, and it’s very sad to watch. More sad that it’s become some form of entertainment. It doesn’t appear that there is anyone in his life able or willing to help him.

Plenty of bipolar people arent antisemitic assholes. I hate when the mentally ill excuse is used. He is just a bad person.

Im not sad for him. Im horrified by him.

Well it seems like he is both and I think ThePresident is agreeing with you that the antisemitic stuff is unrelated to the bipolar disorder.

If he was taking his meds he would probably still have those antisemitic thoughts but would presumably be less likely to vocalize them in such a public fashion.

Mine was a general statement for when people give him a pass because he is bipolar, not really as a response to the_president

glad that trump is associated with him

Are you sad for Hitler? He had a bad childhood or whatever

Yeah, a little. Mostly horrified, but both. It’s sad that he had so much anger that he did what he did.

Are you sad for Hitler? He had a bad childhood or whatever

do you hate child hitler because of adult hitler?

What? Is that somehow wrong?

Childhood trauma creates all sorts of mental health issues. Mental health issues create a lot of weird thinking and decision making deficiencies. They also seem to disorder personality and identity. We (society) seem to be very compassionate towards these issues when they manifest in some ways and very callous when they manifest in other ways. The reactions are generally related to how these manifestations impact us. Like hey this person I feel sorry for because they aren’t hurting anyone. Or this person deserves to be punished and ostracized because they are hurting others. I’m not sure that should drive our compassion or callousness though.

Reminds me of the conversations around people hating terrorists, etc. Surely those people when they were toddlers were equally deserving of love, kind treatment, etc. Just something along the way took them from the innocent child to the murderer.

I guess it gets a bit nature vs nurture argument too.