and for my house book, Women’s Fiction.

Hard one, as i don’t think it comes up when I google a book’s specific genre

so, basically Literary Fiction, by a woman, with primarily female protagonists. Not Romance.

Hmm, I got a ton of hits when I googled women’s fiction.

My Sister’s Keeper isn’t what I typically think of, although it has a female protagonist. After you read it, I’d be interested in your thoughts on whether a male would have handled the situation differently.

Hmm, I got a ton of hits when I googled women’s fiction.

yes, and Sister’s Keeper was listed, on the one i brought up

When i put in a title and google genre, women’s fiction is not usually listed.

As for my genre list, if it is debatable, i dont sweat it. If i am outright wrong, then i will reorder

The movie changed a bunch of things that didn’t need to be changed. I’m interested to hear your thoughts on the book.

Put down Uncle Tom’s Cabin" for some light reading: 700-page “A People’s History of The United States” by Howard Zinn.
As a follow-up, I’ll read the criticisms, “fact-checking” as it were, of it. First edition was in 1980, my copy (library, so need to finish in three weeks) was printed in 2003. Includes Clinton Presidency and “the war on terrorism.”

I actually read Zinn a long time ago. Excerpts were used by my 8th grade social studies teacher, who was very good. I read it at some point in high school for ‘fun’.

Zinn is an easy read but why shouldn’t reading history be fun? The main reason to read it is he covers history from the perspective of the losers rather than the winners and that story is often not told.

Is that something I should read? I’m always trying to fill the gaps in my state provided education (and even what little history I learned in college).

I think so. But then again, I am reading it for just that purpose.
I also picked up have another library book about “Questions you’re not supposed to ask about American History.” Probably about the same content, but with a right/libertarian bias. It was in the same section, as I was looking for the Zinn book that I had put on hold but was not in the “Hold” section (missed by a day). Turned out it was in the “Limbo” section.

Example: Worst Scandal in Clinton Presidency? Surely it was Lewinsky, right? Nope. Somehow he was involved in bringing Muslims from the Middle East to Bosnia. Then, they stayed there (probably nicer than Middle East). Haven’t read that yet, but will after Zinn.
Also, “Did New Deal fix the Depression or Worsen it?” The answer might surprise you, but now that I’ve typed that, probably not.

Zinn is ONE of the US history books that I like but it is accused of being too liberal and one-sided by some historians. The book is disliked by many Republicans as it focuses a lot on the negative side of American history rather than being a glorious narrative. Conservative historians like to criticize the book because it doesn’t fully tell the positive side of American history (just like their histories don’t fully tell the negative side).

Worst Scandal in Clinton Presidency? Surely it was Lewinsky, right?

Lol. Most entertaining, perhaps, but I don’t think even his biggest enemies thought it was his worst. Maybe Whitewater?

I’m gonna add those to my list. After reading Four Hundred Souls and listening to The 1619 Project last year, I’ve filled in some “not so pretty” holes on my knowledge, but there are still many many holes. And 400 Souls is not really a history book so much as it is people’s feelings about historic events.

Take My Hand by Dolen Perkins-Valdez.

It’s a fictional account based on a real story of two girls who were sterilized without consent when they were 12 and 14. The protagonist is a young African American nurse who works at a government run women’s health clinic. The timeline is mostly 1973 but sometimes skips ahead to 2016 as she records these events for her own daughter.

While the events that occurred were likely racially motivated at least in part, I really liked how the protagonist came to recognize her own biases as a middle class black woman. Had she played a part in what happened, or had she been played? There was an authenticity in her character that appealed to me.

I had no idea this happened, and for this book to be published this year feels somehow significant, although the publisher could not have foreseen the SC decision any more than the rest of us.

Anyway, a timely read, and the audio is decent.

I had this one on audiobook, and I recommend doing this on audio, because it’s about linguisitcs, and it’s easier to get the point about pronunciation when you hear him demonstrate it. A lot of the material (about American Black English being its own English language variety, with grammar, not only vocabulary and accent) I had heard from him before in books & lectures, but I got some new stuff re: grammar & particularly about the history. He had some new material on early recordings of ex-slaves from about the late 19th century/early 20th century, and how the grammar & pronunciation differed from current Black English. Definitely recommend it, but I like all McWhorter’s linguistics material, esp. on American English.

I’m reading The Tartar Steppe by Dino Buzzati, and not even 1/3 of the way through I think it might be my favorite read of the last year and a half.

The portrayal of someone being stuck in the stasis of their lives while time inexorably marches on is well done, and there are some exceptionally beautiful passages

I finished Sea Of Tranquility by Emily St John Mandel and really liked it.

Its one of those books where you don’t know where it is going for quite a while. It starts with the backstory of a character related to The Glass Hotel, then jumps to present time to cover the future of a character in The Glass Hotel. But then it jumps far into the future, to a writer who lives on a moon colony and who has written a book that sounds very like Station Eleven. Eventually, we learn that the plot that ties everything together involves time travel (and at one point, a reference makes the book almost self-referential).

In addition to just being a book that draws you in pretty well, it was good in first setting up concepts, then surprising you by making them more personal.

One character presents himself as being an journalist who writes for Contingencies magazine, although it has nothing to do with the AAA.

Put down Uncle Tom’s Cabin" for some light reading:

I read Uncle Tom’s cabin on the subway, back when i was commuting by subway. I found it surprisingly light and easy to read.

On track to finish Sanderson’s The Way of Kings by the end of August. But for now have to set it aside for my book club read, Behold the Dreamers by Imbolo Mbue.

The annotated Innocence of Father Brown

Quite enjoyed “How the World Really Works” by Vaclav Smil.

This book review may be helpful in deciding whether you want to read it: 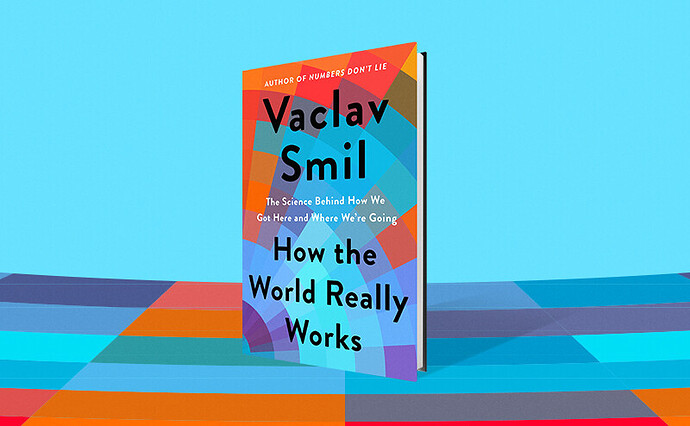 A new masterpiece from one of my favorite authors.