I finished the last book of the ‘Neverwinter Saga’ in the Drizzt series (‘The Last Threshold’) last night, and will buy the next four in the series to read sometime in October. Started the collected short stories last night and should finish that today.

Next up in my non-Drizzt reading; I should finish the Kafka stories soon, and I want to read Lilith by George MacDonald, La Princesse de Clèves by Madame de La Fayette, The Well at the World’s End by William Morris, The King of Elfland’s Daughter by Lord Dunsany, and The Worm Ouroboros by E.R. Eddison before restarting my Gothic Romance read in October.

Our group isn’t that basic though so my job is to level up the material.

Halfway through Kafka’s short stories, The Princess of Cleves, and the Riddle-Master of Hed. Going to try to finish the latter two today after barely reading yesterday (5 hour Yankee game!)

Finished Ann Radcliffe’s A Sicilian Romance yesterday, and started R.A. Salvatore’s Rise Of The King. Also reading a story out of Horror Stories: Classic Tales from Hoffmann to Hodgson every day.

After Rise of the King, I’ll go ahead and read the next Drizzt book (Vengeance of the Iron Dwarf). After that are Rebecca and The Mysteries of Udolpho. Then some Shirley Jackson (The Haunting of Hill House and Dark Tales).

Reading Awaken Online: Inferno, Twelve Years a Slave, The Boy Between, and I’ve got a hold on The Thief of Always that I’ve let go to the next person in line a couple times because I’m swamped at work and only reading about 20-50 pages a day before I pass out.

havent noticed a What Are You reading thread

I picked up Hunger Games at a take one, leave one by me. It is smaller than i expected. is it the first movie? Doesnt look like there is enough there. Is it a complete story or will i need the series?

If you stop after the first it should be fine-ish. The story isn’t finished, but it’s not a cliff hanger or anything. If you read the second you will need to read the third. I personally didn’t care for the third all that much, FWIW.

Yeah, I read the first, and then went onto the second… a little into the third in the Hunger Games series, I got extremely disgusted and stopped.

Just the first by itself was okay. I don’t think it was worthwhile the direction the author took it.

Right now, I’m re-reading Lord of the Rings (got a kindle version, which has hyperlinks, etc., but for this read-through I’m ignoring the footnotes/annotations)

Also listening to audiobook of Death Masks, the first Dresden Files book I’ve read (it’s 4th in the series, but good series writers know how to get a reader to enter at almost any book). Not sure if I’m really into the books - started watching the TV series, which didn’t get very far but has enough episodes to be satisfying, I think.

Agree with others that you could read just the first Hunger Games book and leave it there.

I read the whole series–primarily to get a feel for the view of the author on the underlying themes presented in the first book more so than seeing how the story plays out further. Bottom line: The author assumes that the population is stupid enough to go along with the dystopic solution seen in the first book; and it didn’t get any better. (Note: I also get that the audience of the book are teens–who are coming into a world that they didn’t create; so the general theme aligns. However, IRL, there are explanations to how things came about. Nothing like that was evident–at least nothing that would stand up to a test of its internal logic.)

The Ember Series would fall into this same bucket.

Agree with the comments re: Hunger Games. If you’re really interested in how the series finishes, just watch the 2 Mockingjay movies…fairly entertaining.

I’m on book 9 of The Dresden Files. I usually read a couple every summer, and picked up books 6-9 from my local bookstore in the spring (trying to help keep them afloat)…so just now finishing them.

Not sure what’s next…probably Rhythm of War.

The What are you reading? thread is here. 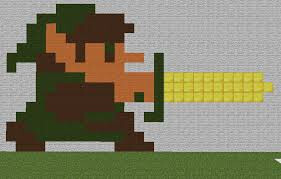 I’m currently wrapping up a classic horror short story collection, in first quarter of Mysteries of Udolpho, and close to finishing Timeless (3rd to last Drizzt book). The election slowed my reading down quite a bit, ha.

In the middle of Larry Niven’s World of Ptaavs, and it’s amusing which items in the story really date it (it’s all stuff to the side, like West Berlin or everybody smoking so much), but the core concept is still really interesting. I knew about “slaver tech” in the Known Universe, but hadn’t read this one yet.

Finished Positive by Wellington. It was a pretty typical zombie, end of civilization, road warrior book, but well written and fast paced enough that I enjoyed it.

I just read Lavinia, by Ursula le Guin. Published in 2008, it was her last novel (she continued to write short stories, poetry, and non-fiction until near her death, in 2018). It is a love letter to Virgil, in which she wrote a novel about a minor character in the Aeneid. Virgil, himself, makes a showing, in religious visions granted to the protagonist.

It’s a good story as a novel, but it’s also interesting in its portrayal of the ancient Latin religion, and in her musings about the relationship between and author and her literary creations. In the afterward she talks about some of the research she did to write this, and there’s reason to believe that both the religion and the geography are pretty reliable. Reading it, I guessed that she made the people a little richer and perhaps more culturally and technologically advanced than they really would have been at that time, and she suspects the same in her afterward. But I think that makes for a better story.

The various battles, etc., are portrayed from the perspective of a woman who watched from the roof of her dwelling, or heard stories from the returning warriors, wounded, winners, and losers all. So it’s a relatively quiet and contemplative book, despite the subject matter.

I am familiar with the Aeneid and the legends about the founding of Rome, and I might have enjoyed it more if I remembered more of my Virgil. But I think it stands on its own as a novel, and you don’t need any particular background to enjoy it.