At least, I hope they’re unusual.

GEICO Might Need to Pay Millions to Woman Who Allegedly Caught HPV Having Sex...

The woman should have used some comprehensive coverage before doing the nasty.

I don’t think GEICO is going to lose this one. The one who contracted the disease doesn’t have standing (not an insured) and can only sue the owner (which apparently happened by way of arbitration).

The fact that the owner did not notify GEICO of the situation before entering arbitration more than likely would be a violation of the insurance contract (failure on Duties of the policyholder).

Obviously originally written as “STD and LTD insurance” and then edited by someone who thought they knew what they were talking about.

One of the funnier errors I’ve seen.

Given I have to review writing about LTDI and STDI, that is really funny.

I’ll bet Farmers has seen it and covered it.

if they run that as an ad, it will be memorable

Actress Shannen Doherty, always a favorite of mine, just won a lawsuit against State Farm for not paying her home’s fire claim after a 2018 California Wildfire.

I have found nothing about the claim. Every news report just says the same thing, which is that Shannen won the suit and the claim amount will contain an award for emotional distress inflicted upon her, and that she has cancer.

What was State Farm’s stance on not paying the claim? 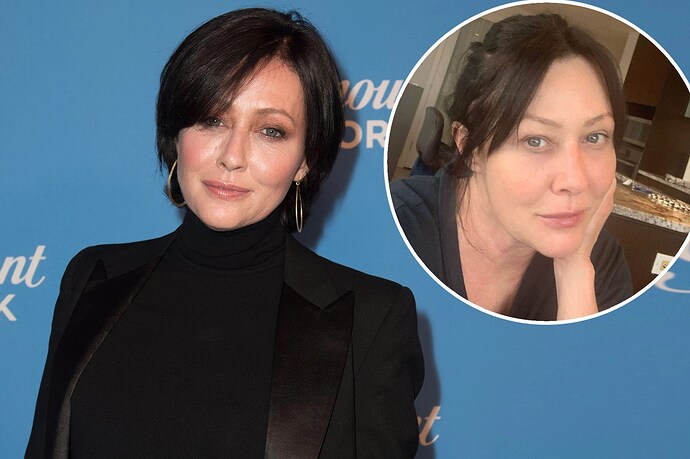 A rep for State Farm said they are “disappointed by the jury’s decision” and will “explore all available legal options, including appealing the verdict.”

It sounds like a dispute over the amount of damage. SF claims there was only smoke damage and they paid $1M to fix it and have her in temporary housing, she seems to claim the damage was more and wanted a bigger settlement to rebuild.

I don’t anything beyond that as this is the first I heard.

As to the original STD claim this belongs in News that makes you say WTF.

So it seems Doherty wanted a total constructive loss payment of policy limits off of only smoke damage, and State Farm offered only remediation and additional living expense during remediation.

Sounds like she had a good lawyer, because that sounds like BS to me. Plus it seems to have included over 3.5M in punitive damages? Total BS

I’d say she was acting out the emotional distress, but… I’ve seen her act.

As to the OP: at least it wasn’t a tractor.

From the court documents:

For the reasons explained below, the court will allow the parties to proceed using
defendants’ initials pending the court’s ruling on M.O.’s motion to dismiss for lack of personal jurisdiction. But, within seven days of that ruling, GEICO must file an amended complaint naming the remaining defendant(s) by their real names or the court will recommend that the district judge dismiss this action for lack of subject matter jurisdiction.

She might avoid anonymity if she can win on the argument that she shouldn’t be a defendant in the case. Possible, but I don’t think she wins it since she’s trying to collect a Missouri arbitration award against a Kansas-issued policy, even if the purported act that gave rise to her getting infected happened to occur in Missouri. Oh, and there’s the question of whether they colluded on the arbitration award in some way, given the timelines of how that went down. He’s getting his name released before all is said and done. If they have online profiles, this might be a really, really good time to scrub those from existence.

When in another state, the policy generally provides the coverages afforded by that state. To the insured . . . not a claimant suing the insured.

I understand that coverage would extend to him for acts committed in another state. I didn’t think that was in question. The question here is whether she has to defend herself against the insurer when the (mostly) primary issue is the contractual relationship between him and the insurer. The fact that we’re talking about an award in one state - presumably based on the notion that the act that got her infected took place in that state - that’s expect to apply to a policy in another state is what gives the federal courts jurisdiction.

Well, there’s other questions involved but for her purposes of trying to get dropped as a defendant that’s her concern.

As to the original STD claim this belongs in News that makes you say WTF.

Yeah, but there was an insurance angle, so I figured to throw it in the professional section.

The question here is whether she has to defend herself against the insurer when the (mostly) primary issue is the contractual relationship between him and the insurer.

She doesn’t have to “defend” . . . she’s acting in the role of plaintiff. And I don’t see how she has standing in that capacity since she’s claiming (implicitly) money due to a contract to which she is not a party.

I think we all agree that the insurance contract is between the insurer (GEICO) and the defendant of the Missouri arbitration (insured). And GEICO is likely to claim that the insured violated the contract by engaging in the arbitration without proper (actually, ANY) notification to the insurer about the incident. So contractually, GEICO doesn’t have to pay out anything.

However, what I see taking place: payments from GEICO under the Medical Payments coverage. Possibly some additional money paid under BI to cover medical costs for this third party.

Then the customer will likely have their policy non-renewed.

The question here is whether she has to defend herself against the insurer when the (mostly) primary issue is the contractual relationship between him and the insurer.

See the court document linked in the article. GEICO filled suit against both of them.

GEICO filled suit against both of them.

I don’t think this is quite accurate . . . at least, it’s misleading.

The “suit” is GEICO seeking “a declaratory judgment to determine GEICO’s rights and
obligations for its insured”. That is, it’s not seeking anything in particular FROM the defendants.

From court filing (emphasis mine):

When GEICO filed the lawsuit, it named defendants M.O. and M.B. by their initials. The court subsequently ordered the parties to show cause why GEICO should not be required to file an amended complaint that names defendants by their full names and to state what corrective action is necessary to correct any defects in subject-matter jurisdiction. This matter is now before the court on the parties’ responses and defendants’ motion for leave to proceed anonymously or using their initials. (ECF 40-43.) For the reasons explained below, the court will allow the parties to proceed using defendants’ initials pending the court’s ruling on M.O.’s motion to dismiss for lack of personal jurisdiction. But, within seven days of that ruling, GEICO must file an amended complaint naming the remaining defendant(s) by their real names or the court will recommend that the district judge dismiss this action for lack of subject matter jurisdiction.

GEICO will be filing with the insured’s name, to be sure.

And it does seem that this will likely get tried in the courts since there is a umbrella policy involved.

If GEICO is the plaintiff and M.B. and M.O. are the named defendants, and from the piece you quoted:

For the reasons explained below, the court will allow the parties to proceed using defendants’ initials pending the court’s ruling on M.O.’s motion to dismiss for lack of personal jurisdiction.

Seems pretty clear to me that in the situation I’m referencing, she’s a defendant in GEICO’s claim when the court explicitly states as much.

Avoiding the lengthy discussion of what GEICO is trying to get at and why (I’ve got a meeting in 30 minutes and then a write-up due tomorrow), that’s important becuase the point I was making, which I think you lost along the way, is that she’s trying to stay anonymous for fear of damage to her public reputation and such (all of you, hold your snark on this for a bit). The court is saying “sorry, your name has to get published” and her only way to avoid having her name disclosed is to get the court to rule that she shouldn’t be a defendant in GEICO’s claim.