I suppose he still has Parlor.

word on the street is the libs are going after parler and it will be taken down entirely.

something about all apple and android devices blocking parler. 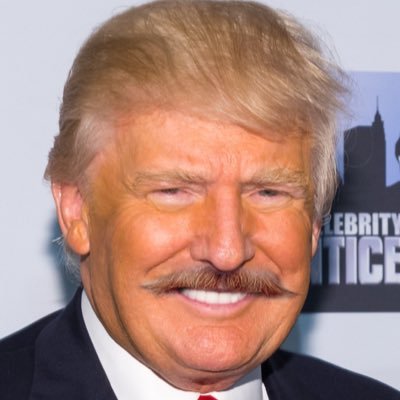 Google has yanked the app entirely from the Play Store. Apple has given Parler 24 hours to implement effective moderation or it will be yanked from its app store. [Spoiler: it’s getting yanked.]

Trump was not officially on Parler until yesterday. Probably will show up on MySpace shortly.

[Edit - Trump Jr. is not banned from Twitter. Yet. Give it a handful of hours.] Eric The Slow is still on for now. Mike Flynn is banned, so is Sidney Powell. Lin Wood was banned a couple days ago. Major culling going on by Twitter of QAnon-supporting accounts. FB has not taken similar action. (Free guess why.)

trumpkins are pissed screaming about free speech. questionable if social media censoring falls under denying free speech, but since when does free speech mean it’s a-okay to incite violence and encourage a coup?

Trumpkins are dumbasses who refuse to comprehend that the first amendment applies to laws that restrict speech, and only laws. Last I checked, no social media platform is actually enacting laws.

And more to your point, Trump’s latest posts arguably passed the Brandenburg test. Twitter can do whatever it wants, but for what Trump said, even the government could prosecute him (if he wasn’t president).

Breaking News:
*Google Says It Is Suspending Parler From Its App Store – Company
*Google: It is Aware of Posts In App ‘That Seeks to Incite Ongoing Violence’ In the U.S.
(Article below will update)

Twitter Inc. TWTR -1.62% said it is permanently suspending President Trump’s personal account, citing the risk of further incitement of violence in the wake of this week’s attack on the U.S. Capitol by a mob of his followers.

The announcement Friday came two days after the social-media platform, one of Mr. Trump’s main tools for communicating publicly, temporarily halted his ability to post for violating its policies, saying further violations could lead to a permanent ban. Mr. Trump’s access then resumed on Thursday.

“After close review of recent Tweets from the @realDonaldTrump account and the context around them—specifically how they are being received and interpreted on and off Twitter—we have permanently suspended the account due to the risk of further incitement of violence,” Twitter said in a blog post.

lol, so many parallels to when people got banned from the ao here, except this is the president of the united states.

If Trump tries to get an account here, don’t let him.

Trump is going to be the first person banned from the internet.

@RealDonaldTrump should have known. Evading a ban by using an alt account is a big no-no. This is a fact that is well known by a poster or two in this space (and especially the old AO)

lol, so many parallels to when people got banned from the ao here, except this is the president of the united states.

If only he’d consulted you first. You could have warned him.

but that’s not true of the old ao! if you were temp banned with one alt, you were allowed to have others. well, most of the time you were. sometimes you had special bans where you weren’t.

Wasn’t the rule that you were allowed to use alts after you were banned, but there was zero tolerance for using that alt to continue the same behavior you were banned for? Which is exactly what @DumbassDonaldTrump did.

There were a lot of people who were permabanned as people, not just as an ID, on the old ao. Trump would have been. It was really awkward to moderate people who supported trump…

well yes, there was a lower threshold for alts of banned posters to get banned. it was one warning worthy post would get you banned rather than 3 infractions.

donnie could have learned from me, but he’s gone over 74 years with nobody telling him what to do, so i think it’s too late for him.

The thing I don’t get though. He could have sat at his tiny desk in front of a camera and his message would have been broadcast on every network. Multiple networks would have taken his call and broadcast it on TV. He could have written an op-ed that was published in multiple sources. He literally could have commissioned a fireworks display that conveyed his message. He has more ways to get his message out than literally any other human being in the planet. Why does it have to be Twitter?

All he knows how to do?