I’m getting all sots of “sorry, can’t connect you” messages.

I am as well, on both phone and computer.

First attempt failed: “Too many requests”

I had the same issue, both today and a couple days ago.

Well, it can happen to the best of sites…

Thanks. Lemme check this out. It’s just some software setting that I haven’t found yet that’s too aggressive, we’re a galaxy away from being actually overwhelmed.

Ticket created and sent to my dev. There’s some code that needs to be changed to open things up again. Specifically, it’s a software setting out of the box that’s too aggressive. The server itself is barely even awake at this load (we’ve got decent hardware that can easily handle anything the old ao could throw at it). For anyone curious, that’s what’s going on :). Should be changed by tomorrow, if not this evening.

Reporting back, Settings were absolutely too aggressive. Theyre set for individual users per ip, not a large insurer with large numbers of actuaries.

We have to do a rebuild to implement the new settings, and I need to do an update anyway. So we will be offline for a few minutes this weekend at some point.

Upgrade complete, the settings that were throttling visitors have been increased substantially.

Upgrades on this stuff make me nervous BTW. The site has to go completely offline, it’s very complex but automated so I don’t have control. I push a big button that says ‘don’t push this button’, then wait anxiously hoping it goes well.

I’m having some intermittent trouble again. Might just be me though.

Upgrades on this stuff make me nervous BTW. The site has to go completely offline, it’s very complex but automated so I don’t have control. I push a big button that says ‘don’t push this button’, then wait anxiously hoping it goes well.

Thank you for your service

I had a 529 Bad Gateway this morning, but it’s been fine otherwise.

If it was around 7:30 EST, that’s when I was doing the upgrade. I was going to do it late last night then I’m looking at the big red button thinking, what if it doesn’t work? My dev is sleeping :).

I’m having some intermittent trouble again. Might just be me though.

What trouble? Can you capture the error message? again, I did the rebuild this morning at 7:30 EST. If it’s much after that then we still have a problem. And there’s no reason for problems, we’re way over subscribed to hardware and connections.

I don’t have any screen shots, and it only happened a couple of times (around 9:30 MST). It was just a sort of “we can’t do this - do you want to retry?” sort of thing. The retry worked each time. It looked like it was coming from the site, not the browser. There has been no problem since.

OK, next time anyone gets this, please note the time and error, and lmk. I’d like to resolve this, because there’s no reason for it. 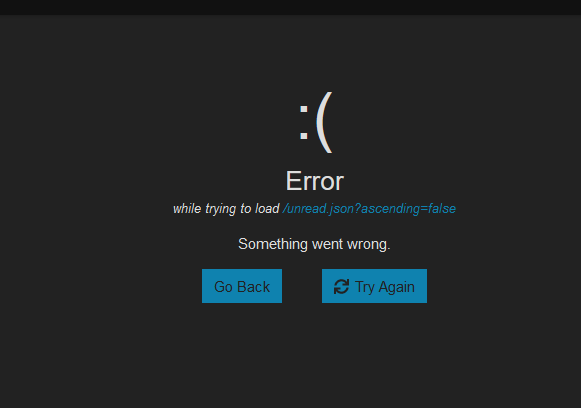 i don’t think this is throttling, it’s something else to do with the forum software itself. I’ve had a few weird messages like that as well. I opened a ticket with my dev to have a look at the logs.

Dev thinks he’s found another area that may be causing this. Going to be a rebuild this evening to correct so you may see an outage for about 5 minutes.

Again, after tomorrow lmk if theres any problems. We will keep whacking at this u til it goes away.