Usually, my wife and I do a “dry January.” But we are going away the second weekend of January so a fully dry January is out.

We will be doing a drinking moratorium probably from January 10 thru Valentine’s Day.

This thread is to discuss your own drinking moratoria. (Or others’)

I will not be drinking anymore

I also will not be drinking any less

I drink, or don’t, and don’t care either way. I’m sure I’ve gone 6 months to a year without alcohol, not because I was ‘not drinking’ but because I simply didn’t care. There’s no ‘dry’ periods because that implies that somehow I’m trying not to drink.
I also don’t care if I do drink, so if circumstances arise, happy to have some drinky-poos.
Not bragging here, but I do think I’m different than many people in my complete lack of concern for the presence of alcohol in my life.

Similiar to OP, SO and I are going away overnight in January, so I may have a drink with them at that point. Otherwise, probably January will be alcohol free for me.

I’m similar to Glenn, but I wish you & your wife the best, @BG5150. May your moratoribus be fruitful (if without yeast).

I won’t be drinking for a few hours. Going to a hockey game in a suite, where the drink will flow and blood will spill.

Best Wishes to all on enjoying alcohol in a controlled manner and lifestyle.

I quit 3-1/2 years ago. Initially quit for a while to help a friend dealing with alcoholism. Looking back I drank too much too. I was always a beer or 2 a night and then 4 or 5 some nights kind of drinker. I drank like that from 19 till I was 39. I would not classify myself as an alcoholic because I had no problems quitting and have never had cravings since. My friend still falls off the wagon once or twice a year.

Anyway, daily drinking covers up all your feelings. The first year of my life without alcohol was rediscovering all the emotions I had been suppressing with alcohol for 20 years. I always thought I was just a logical guy who dealt in reason instead of feeling. What I have come to find out is that was a lie. Alcohol just made me numb. I have brought back all the emotions and anxiety from my childhood since quitting booze and it has been very good for me. I have become a very caring person, a much better father, husband, and boss, and I have a ton of empathy now. I also randomly spurt into tears of joy when I think about the best parts of my life. I never had any of this stuff going on prior to quitting drinking.

It’s really amazing what this “harmless” drug blocks out of your life. I guess many people drink as self medication against these very things. but how can life be full if you never feel anything because of the constant companion of alcohol?

If you really want to know how your life will be if you were sober quit for longer than a month. I would say at least 90-120 days is a decent amount of time for all the lasting effects to wear off and also do a lot of the things you used to while drinking without drinking. This includes, parties, concerts, ballgames, travel, family gatherings, etc, etc, etc.

Lot’s of good info out there by Googling “sober curious”

We were going to do dry January last year. That stopped on January 6th.

We’re going dry again this year for 4-6 weeks, and then we’ll probably just have a bottle of wine for our anniversary, birthday, etc. dinners. Primarily for weight loss purposes.

I don’t tend to drink too frequently (once a week or so), but the last time I took an extended break (about 5 years ago) was while dropping 50 lbs. Here’s to doing that again.

We don’t drink too much, just too often.

At least, more often that we used to.

We find a few weeks off from time to time is good for body and soul.

I love reading these stories of people choosing to take control over the alcohol in their lives and make real improvements in their lives. I can’t imagine it’s easy. And it’s not something to which I can really relate. I hope it stays that way for me. I read those threads but usually avoid posting since I feel I don’t have anything to contribute other than some encouragement.

Many years ago when I was in college, I worked with an older man who had been sober for 9 years. He had drank away a success career and retirement. His stories of being a raging alcoholic were enough to scare me away from drinking excessively.

To those on the journey, I wish them success.

On another moratorium until… NYE.

On a moratorium until tonite around 6. We are meeting friends out for a drink.

This article popped up on my Firefox-new-tab-screen, so I’m posting it here.

For one, other people don't care as much as you think they do...

Ooh…article also mentions “Stoptober”. I had never heard of that before.

I just saw a commercial for Dry February!

Long weekend starting tomorrow, then no booze for 5 weeks until Valentine’s Day.

Now nothing until Valentine’s Day.

Death in the family. Would be nice to commiserate over some vino. Alas. 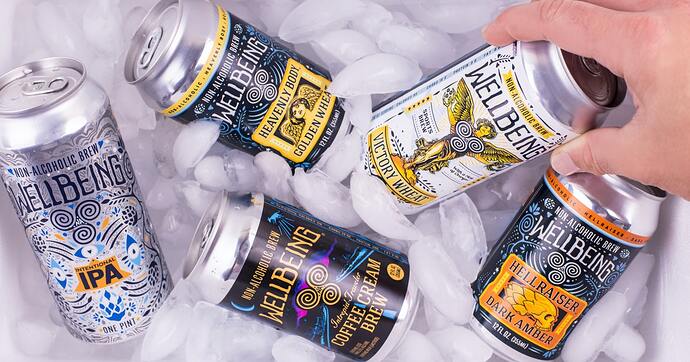 A 12-pack of the best nonalcoholic beer for Dry January

Advances in brewing technology have made the NA options tastier than ever.

A lot of the comments were surprised they didn’t mention Athletic Brewing. Also a lot liked Heineken 0.0. I don’t care for regular Heineken but the 0.0 is excellent. I’ve tried 3 different Athletic Brewing beers but only really liked Upside Dawn so far. 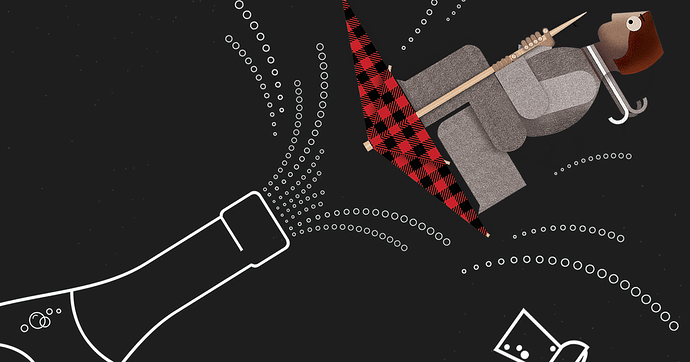 Many years ago when I was in college, I worked with an older man who had been sober for 9 years. He had drank away a success career and retirement. His stories of being a raging alcoholic were enough to scare me away from drinking excessively.

Wife is still dry, 4 months now. She was never a raging alcoholic but I’m particularly impressed, because she isn’t generally the kind of person to stick to anything, let alone something so challenging. I think drugs, therapy, and friends are really helping her.

She said it was weird doing meetings, because everyone has stories of their lives completely falling into ruin. And deep down she wants to say “yeah I’m doing this so I don’t end up like you?”