I saw a $0.60 difference between regular and premium

To help calibrate, what’s the octane between “regular” and “premium”. Also, does one (or both) blended with ethanol?

Not sure how they set those prices but something changed recently

I thought the climate people keep telling us we have too much CO2. Now we have a shortage? Got to be a conspiracy here.

Craft breweries shutting down due to national carbon dioxide shortage

Breweries have already been facing higher costs for raw materials like aluminum and barley as a result of inflation.

So IPAs cause climate change and sea level rising?

More reason not to drink them, besides of course how bitter and bad they taste.

I always thought the brewing process produced it’s own co2. I know practically nothing about beer though.

That was what I thought as well. I knew that the fermentation of yeast produced CO2 as a byproduct, that is what makes the bread rise. So I assumed that was the CO2 that they used to make it fizzy.

I haven’t read carefully any of the homebrew threads here so I may have missed it if they mentioned using compressed CO2 like they do for soda pop. I wonder if the soda streamers are seeing this issue? 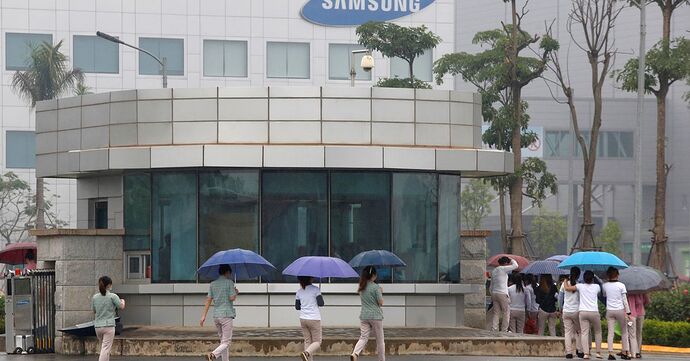 Samsung Electronics Co Ltd has scaled back production at its massive smartphone plant in Vietnam, employees say, as retailers and warehouses grapple with rising inventory amid a global fall in consumer spending.

read an article about bees being driven on huge flatbed trucks from lousianna to california and back to polinate and make honey. just millions of tiny migrant workers. forget where that article was.

A lot of bees are trucked to CA to pollinate the almonds, and those that survive are then trucked to areas where they can make a lot of honey. Yeah, they are migrant workers.

I mostly buy honey from beekeepers who don’t move their hives around. At least i know it’s actually honey. Well, to the extent i trust the beekeepers. But mostly i do. And it’s more interesting honey. Although…i admit a weakness for honey from the blueberry fields of Maine that is really bland as honey goes. Just pure sweetness with a fun texture.

We’re going to have a shortage of shortages?

I wonder if Fox with be reporting on missing the shortage forecast.

I had a friend who was a PHd candidate in Geology or Paleontology, real sciency. He would buy honey from the store and test it to see what kind of pollen it contained. He said the no name from Meijers contained no measurable pollen.

I mostly buy honey from beekeepers who don’t move their hives around.

Consuming local honey has been reported to help with allergy symptoms in some studies. However, it’s not conclusive as other studies have failed to show a benefit. It can’t hurt to support your local beekeepers though.