While I’ll be vacationing until the 4th of July Weekend, I thought I’d poll interest in another round of this lovely game.

In the interest to “spice things” up (cue Kessel Run joke), we’ll use a Star Wars Themed venue with the Band of Empire Cronies helping to get their Sith Lord elected as the Prime Minister with the rotating Senate Leader.

The Rebellion is strong, but none of the Rebels know anything about each other, let alone who might be an Empire Crony.

Yes. YES!! I think we have an alternate version of an EC game started!!

At any rate, post here if there is an interest. We’ll look to have the first round start around 7/6 (a Tuesday) with roles sent out before that date.

never watched star wars. this is gonna be even more confusing to me

this is gonna be even more confusing to me

I think that timing would work for me, but I am more than happy to sit on the sidelines given I have participated in bunch of these already.

Have no idea what this “star” wars thing is, but happy to participate. I might be a little busy the first couple days, so if there are enough other players I will step aside. 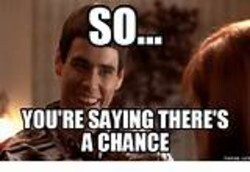 Have no idea what this “star” wars thing is,

Starting on the 6th works for me. I’m in.

Hopefully we can get another 2.3389 players before the Fourth of July Weekend.

You might get a better response if you tag some of the regulars.

Is there a thread with instructions? I’ve never played and think it’s something I might need to be coached on.

Those are…a lot of directions.

I would also suggest reading through a prior game. Would recommend one that is Secret Hitler specific (note: you can also search on the tag #Secret-Hitler

We tried a variation on the theme with #Secret-Gandalf that proved to be hilarious (at least from my perspective).

There is also the option of being a formal heckler–where you can pretend you’re playing in the thread (and have a private group to discuss with other hecklers). That way, you get to see things played out.

I think I can get some things set up before 7/6, but I think a 7/12 start date would be more fortuitous. From a certain point of view.

If others can think of some past players, please @ their ID in this thread. That’ll help call their attention here.

I can’t guarantee I’ll be the most responsive player, so I’m sure I’ll be accused of being Hitler’s Star Wars equivalent, and oh in case that comment didn’t make it obvious, I’ve never seen Star Wars, so this should be fun.