The only things that ease my mind about Trump is that he’s pretty old and kind of stupid.

Marginally more accurate is 'kind of old" and “pretty stupid”.

McCarthy was similar in a lot of ways, but obviously not president, and lost both voter and GOP support pretty fast.

Certainly McCarthy did not have presidential power but he successfully exploited the Commie boogeyman fear among Americans and ruined some folks’ livelihoods. The current anti-left rhetoric by some Republicans has ominous overtones of that era.

I may be particularly sensitive to McCarthy as my American father-in-law was interrogated by his committee and it started his disenchantment with the US. He eventually emigrated to Toronto and renounced his US citizenship after getting his Canadian citizenship. There was a positive side for me with that move as otherwise I would have never met and married his lovely daughter!

Since this is a Republican thread, what Un-American activities of your FIL caught Joe M’s eye?

My FIL passed away 15 years ago and he was proud of his “socialist activities” so safe for me to share some here. I thought they were rather innocuous.

One summer between terms at Harvard, he helped farmers in Tennessee set up co-ops and other collective initiatives to get better prices for their crops from big Agribusiness.

When he taught at the University of Montana, he moonlighted at the Missoula radio station covering the labour beat (he was pro-union). While there he advocated for TVA-type treatment for the Columbia River rather than as a corporate initiative.

In summary, he was very pro-labour and anti big business: that was viewed as Un-American!

I’d say that benedict arnold and the confederates attacked the body of the union (or future union in the case of arnold.) McCarthy tried to corrupt its soul.

Trump has done both. He seems to have almost succeeded in stopping the transfer of power after a democratic election. And he has turned a large portion of the united states against democracy.

They also have a Facebook page manager in Venezuela. Not illegal but maybe the page is managed by the same people that hacked our voting machines.

The Fox chyron on the jobs report is downright silly. 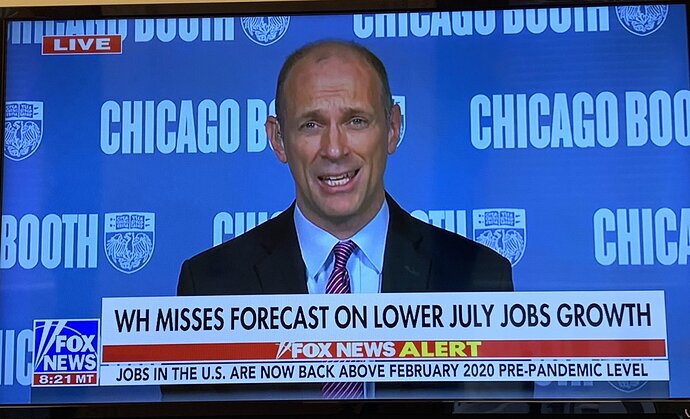 That’s quite the double speak

I found it hard to find ANY news on the strong jobs numbers on the Fox website. Will be interesting how they report on the upcoming CPI number in the event it is favourable. 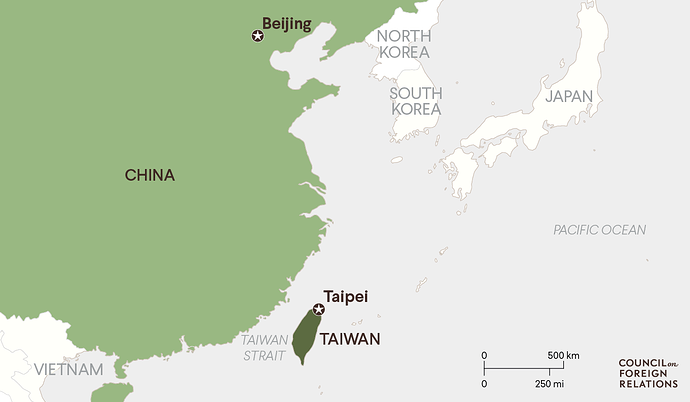 The Trump administration has made bold gestures in support of Taiwan, including more frequent movement of U.S. ships in the Taiwan Strait. They come at a time of growing anxiety about the U.S.-China … 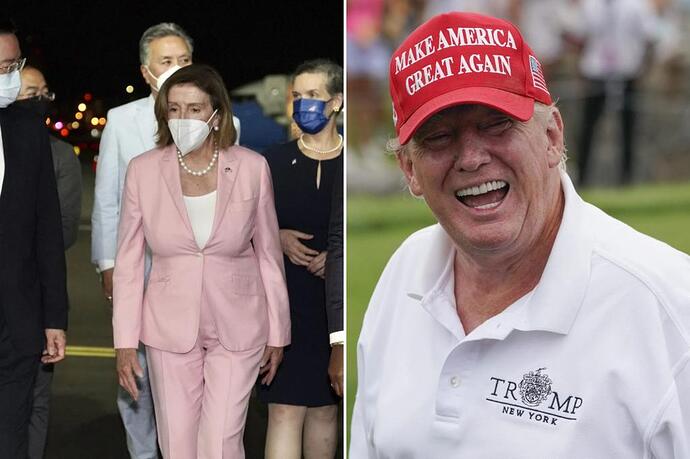 “Always causing trouble. Nothing she does turns out well,” the former president wrote of the speaker’s visit.

The Fox chyron on the jobs report is downright silly.

Keep taking derivatives until you get the story you want.