Redlining and the Insurance Industry

Might be worth stripping out all the redlining/ unfairly discriminatory rates from this thread and starting a new one. I might take a stab at that tomorrow evening unless one of the mods feels inspired and does it sooner.

The CAS is an organization for issuing actuarial credentials. What’s that got to do with DEI or social justice causes? Nothing. All actuaries should be free to do their own politics, but the professional organization should not be issuing statements about political causes.

The CAS should promulgate sound casualty actuarial science, however. And in particular, our statement of principles says:

“Such rates comply with four criteria commonly used by actuaries: reasonable,
not excessive, not inadequate, and not unfairly discriminatory.”

The casualty insurance industry has a sad history of promulgating unfair discrimination, in the form of redlining. I don’t believe any legitimate North American actuaries are today, intentionally discriminating against insurance buyers on the basis of race, but it’s quite common for algorithms and other systems to inadvertently be unfairly discriminatory.

One example that has been in the news recently is pulse oximeters. I don’t believe that anyone intended them to unfairly discriminate against people with dark skin, but because they were developed mostly by white people and tested mostly on white people, it turns out that they over-estimate the amount of oxygen in the blood of dark-skinned people. And this directly led to dark-skinned people being under-treated during the peak of the covid crisis (and probably still, today) and unfairly increased the mortality of dark-skinned people. It’s not that anyone conspired to kill them, it’s that their issues were overlooked, because there weren’t enough dark-skinned people involved in the development and analysis of this common tool.

The CAS has recently published some excellent material about inadvertent but unfairly discriminatory ratemaking.

So I think we, as actuaries, and the CAS, as a leader in promulgating actuarial methodologies, have a direct interest in DEI because it is directly related to our statement of principles.

The CAS has recently published some excellent material about inadvertent but unfairly discriminatory ratemaking.

Which is the best of these to actually work through some numbers and reproduce the authors’ results?

You know what, i watched one excellent webinar last year, but it’s a webinar, so it would be hard to work through the underlying data. The other items I’m referring to are a webinar and two papers, but i haven’t yet engaged with them, they were recommended to me by a group at my employer and by a trusted friend, who spoke highly of them. It’s on my agenda to spend some quality time with them, but I’ve been very busy at work. (I’m actually doing work for me employer now, taking a break to post here. It’s my buddy season.) I’ll try to circle back and answer this when i come up for air.

Because companies are forbidden by law from collecting information on race for rating purposes.

These companies are also forbidden by law from using an otherwise legal information as a proxy for information that is otherwise a “protected status”.

the CAS should be supporting the industry and endeavoring to show the rating algorithms are statistically sound and not unfairly discriminatory.

Sounds like a reason for members of CAS to be sensitive and aware of topics that would generally be classified as “DEI topics.”

So other posters get to make vicious insults against an organization I belong to and you delete my civil and moderate defense as trolling?

Statements made about an organization are not normally moderated.

In the professional areas, derogatory statements made toward non-public individuals or groups with a protected status (e.g., gender identity) are not allowed. Moderators on this board have the final say on this topic. If you have a problem with the moderation, you are welcome to start a DM to @moderators. But arguing with a moderator in a publicly viewed thread is a quick way to get a vacation from this board.

The property casualty industry has no history of redlining. After the riots of the 1960s, FAIR plans were introduced to promote property insurance in urban areas. Do you have any link and specific example of “casualty redlining”?

CPC Precept 9 would likely constrain those with knowledge from responding directly.

Discusses how the well-documented prior practice of redlining can still influence insurance rates today. It also discusses several other ways in which bias external to the insurance system can influence our rates.

It ends by answering the question of why we should care:

Stakeholders rely on actuaries to understand and interpret data responsibly – that may
include an awareness of the history of racial bias and how it may manifest in their work.

(And thanks to Jerry Tuttle for pushing me to get half an hour of bias CE.)

The suggestion that the property/casualty industry has never participated in redlining sounds like either willful ignorance or propaganda. I do not believe the banned poster had any interest in engaging in productive discussion, so I did not bother to reply. There are lots of materials here where one could educate themselves if they were truly interested.

In my experience, I am not aware of any insurers that explicitly engaged in redlining in recent decades. This doesn’t mean we should stick our head in the sand with respect to either the industry’s redlining history or how our current decisions on rating variables might be perceived as implicit redlining.

My uneducated suspicion is that this stuff, like Simpsons paradox, hides in the data. It’s likely systemic instead of overt.

No proof of that, but I suspect if insurers aren’t testing for it, then there’s no proof it’s not happening either.

And as actuaries, i don’t think our job is to support whatever the industry happens to be doing, but to develop the best rating methods we can. If that means examining our data to see if it’s biased by systemic racism in external systems, then that’s a valuable thing for us to do to help our employers and the industry.

Hi,
I would like to rephrase my question: Does anyone have a detailed numerical example, perhaps including R code, that can illustrate inadvertent but unfair discriminatory ratemaking? This can certainly be based on fictional data.

If this does not currently exist, would this not make a valuable addition to the profession?

I haven’t seen it laid out with data. It would be useful for people to see for sure, though fictional data would looked staged and using real data is hard because we are banned from collecting prohibited characteristics, even for the purpose of confirming our models aren’t biased.

I am not aware of any specific numerical examples. One thing that could possibly help in this search is that most suits that have alleged this sort of discriminatory ratemaking do so under a theory of “disparate impact”. Using that term can help find specific legal cases, but it didn’t help me find any numerical examples.

I thought this was an interesting recap of a number of disparate impact lawsuits involving the insurance industry. I’m linking to part 1, but part 3 also includes some discussions regarding ratemaking and unfairly discriminatory rates. He even cites Mike Miller’s (FCAS) paper on disparate impact (sorry, no numerical examples there either) 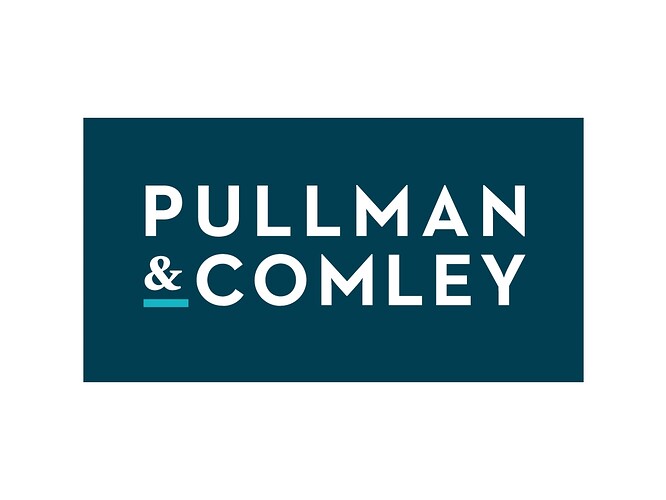 Not-So-Sudden Impact: Insurers Face A New Breed Of Claim Under the Fair...

As recently as the late 80s/early 90s there was material on the CAS syllabus that discussed a “Negro rating factor.” Not sure exactly when they took it off, but I started in the early-mid 90s and definitely heard people talking about it. How much more evidence do you need? Sheesh.

It didn’t take me more than a minute or 2 to find examples, which may or may not include the one you are thinking of.

From the proceedings of the CAS, 1927:
It is well established that the Negro risk is more hazardous than the white engaged in the same occupation. Companies have discovered through experience the definite kind of policy contract which may be written successfully on Negro risks and it is one fundamental that monthly indemnities on these risks must be kept low.

From the proceedings, 1918:
The Automobile Drivers of the Community.–Speed maniacs, joy riders and reckless drivers create distinct hazards for the careful driver. In some territories this is a most important element as, for example, in the southern states where a large percentage of drivers are negroes

would like to rephrase my question: Does anyone have a detailed numerical example, perhaps including R code, that can illustrate inadvertent but unfair discriminatory ratemaking? This can certainly be based on fictional data.

I’ve toyed with the idea of doing a master’s on this exact subject. I’d think some sort of algo.exists, or people with more stats horsepower than me already know how to do this.

Does anyone have a detailed numerical example, perhaps including R code, that can illustrate inadvertent but unfair discriminatory ratemaking?

iCAS used to have some material related to this topic for one of their CSPA Exams. Apparently, they’ve change some of their requirements and removed this topic.

I’ll see if I can find something in the CAS library tomorrow (Monday, 8/8)

I would like to rephrase my question: Does anyone have a detailed numerical example, perhaps including R code, that can illustrate inadvertent but unfair discriminatory ratemaking? This can certainly be based on fictional data.

If this does not currently exist, would this not make a valuable addition to the profession?

It’s been over two decades since I worked with US business where this sort of thing was a particular concern. (Damn, I feel old.) So, maybe this question has been addressed since I moved to less legally/politically sensitive work: Isn’t there a concern that assembling such data would open the door to nasty, expensive lawsuits given the nature of the American legal system?

Back in the day, I would have loved to tackle something like this given time and data. (I still would, to be honest.) However, the toxic nature of American litigiousness creates a problem: collecting data that we can’t use in our ratemaking or underwriting makes it more difficult to defend against rabid attorneys who would like to cash in on claims that we use such information, even if we are only collecting such data to test for and correct any inappropriate bias.

Has the need for safe harbor in this sort of work been addressed?

Thanks! It’s a worthwhile topic, even if originally initiated by a troll