Regarding age comments, a good reply that doesn’t come off as flirting is “it beats the alternative!”
Insurance people skew awkward so it’s hard to tell sometimes whether something is a bigger issue or not. There’s an unfortunate overlap between awkward and creepy.

Probably just awkward senior old guy that has no idea how to talk to younger female subordinates. Not really an excuse, but, I’ve seen it.

There’s a dude who is now the president of a major life insurance company who once looked at me and said “Gotta love those redheads” inappropriately (I had red hair at the time, obviously). It could be called flirting, but it was more like flirting as a way to say something quickly to a person you know absolutely nothing about other than their appearance.

I work with people quite a bit younger than me. Sometimes I wander off into stories like grandpa in the simpsons. To fix the inappropriateness, I either start or end the comment with something like "and that’s your old man storytime for today folks. So anyway, back to work stuff…’.

In my defence, generally the stories are historically related to what we’re working on, or have some sort of background relevance. I don’t wander off into personal stories that aren’t related to work.

This week I learned that people are old enough to work,and young enough that they don’t know what a pontiac is.

I would never comment on someone’s looking too old or too young, that’s very offensive.

If they wanna poke fun at themselves, go ahead, but I won’t really respond beyond a chuckle.

ah, dude should quit fishing for compliments, but i can see that being awkward when it’s a boss-type. 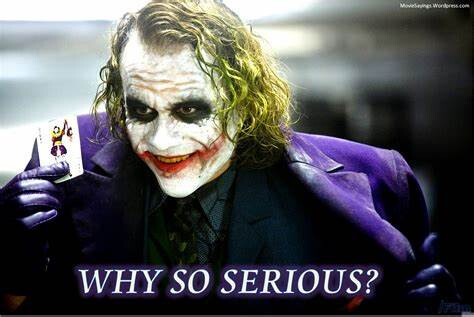 I work with people quite a bit younger than me. Sometimes I wander off into stories like grandpa in the simpsons. To fix the inappropriateness, I either start or end the comment with something like "and that’s your old man storytime for today folks. So anyway, back to work stuff…’.

Same… I hate it when I do that!

Unsolicited personal information is where this goes into unprofessional territory. And given the response, could easily border on harassment. What “reasonable person” wants to know your personal medicinal needs?

“Gotta love those redheads” inappropriately (I had red hair at the time, obviously)

Whoa there, I’d be waiting at my desk for a call from HR if I said that

i think a lot of things right now that are deemed inappropriate were perfectly fine when i started working in the days of yore. times have changed.

I work with people quite a bit younger than me. Sometimes I wander off into stories like grandpa in the simpsons. To fix the inappropriateness, I either start or end the comment with something like "and that’s your old man storytime for today folks. So anyway, back to work stuff…’

Wandering off into stories seems fine as long as you’re not fishing for compliments about your appearance from the opposite gender. Even if you were, as long as you’re fine not actually getting those compliments (i.e., won’t change how you act towards them or rate them or whatever), I think it’s still ok, though ideally , no.

All of the above is for someone who’s in the reporting line. A coworker’s fishing or non-fishing doesn’t really matter.

it’s strange to me to fish for compliments from a subordinate who you barely know and who is way younger than you. i can’t imagine ever doing that myself.

You’re welcome to have been me, honestly, though you’d have to be me too when you were laid off a year later for “completely unrelated reasons”. (This didn’t happen to me, but, I have a feeling the probability of it happening would’ve been much higher if I had responded like that.)

I’ve thought about this one at length and … I’m still totally undecided on what to say. I think the personalities of the people matter as this is either innocuous or insidious depending. As I get older, my body hurts all the time it seems that is at the forefront of many conversations. So I don’t find health as small talk odd. Following that, if the boss man had difficulty making small talk with the junior employee, his take away may have been that she is very introverted and needs to get out of her shell a bit without realizing that he made her uncomfortable. Regardless, junior employee is made uncomfortable twice and that isn’t fair to her. I think if I had been in the same situation, I would have reacted much like you did to the initial event and then smile and nod during my review. However, I smile and nod through every review because I don’t like arguing about other people’s perceptions.

I recommend making Dad jokes whenever you are in his presence. That’s what I’d do.

“You’re too pretty to be an actuary.”

“You’re too ugly to be talking to me”

Am I the only one who thinks he’s saying, “I need to take viagra”?

I think that’s a little creepy, but maybe he takes an antacid before bed and is just a super awkward person.

I usually do say “it beats the alternative” when people complain about their age. Especially people who are still basically healthy and functioning, which I assume anyone employed is.

If you are looking for neutral topics for chit-chat with the guy, “what you/I did this weekend”, “upcoming vacations”, sports, cooking, and the weather are generally safe. I do think people work better together if they chat a little about personal stuff from time to time, and feel like they know each other as human beings.