I know that some people are annoyed by the phrase “It is what it is.” Because, what else could it be? To me, though, it’s just the reflexive property of equality and it must be stated up front as an assumption and, therefore, might need to be brought up every now and then to “restate the obvious” as it were.

i started to do this now when I am staying in a hotel for 2 or more nights now. agree it is way easier.

People who think vaccines and masks are keeping my kid’s immune system from working have underestimated the amount of dirt and doggy kisses around here.

Hah. I recently made this comment to a family member, only about the amount of boogs my kid eats.

I just stumbled across the oddest love song - in French.
It’s called Love in North Korea.
some of the highlights:

The first two verses start to the effect of
It’s one of those nights where I’m bored, and I would like to see you.

v1: at my place it’s like a hospital room, sometimes they perform miracles.

v2: my place is like a chinese buffet, you can serve yourself two or three times.

v3: my body is a place that few people visit, I’m inviting you, I am North Korea.

The lovers leave at morning
When the metro returns back the other way
I sense your perfume on my hands.

I’ve had 3 GoA posts get >= 10 likes. Of those three, two advocated for a YYYYMMDD format

Seems weird it wasn’t that long ago that people covered their coughs with their hand. 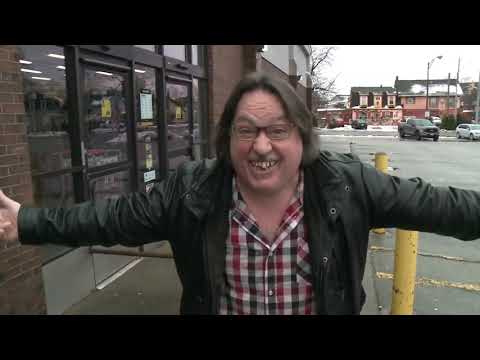 wow. he was something. next thing is they’ll be telling him how often to brush and floss!

reminded of an old onion article about “drinking a fifth of jack daniels a day reduces awareness of heart disease” - this guy refused to hear the part about the recommendation being about health risk.

also, years ago had a client with a medial claim case note where the transplant was on hold until member could cut back drinking. reported “two 30 packs of beer per week.” an obvious undercount of the beers (who tells the doc the truth?) and ignores the likely sunday wine and the handle of cheap vodka that also was consumed.

Are you happy as an actuary? General

So this is an interesting concept to me, because I follow rating systems and desire consistency. At work when we have to fill out surveys, 3 means “neither agree nor disagree”, 4 means “agree”, and 5 means “strongly agree”, so that’s the framework I’m speaking about here. In that framework, I’m going to lean to 4 when I am happy, because a 5 means that I’m 100% satisfied, and that’s nearly impossible. And the company forces us to have team-wide discussions where we don’t achieve really high ave…

This reminds me of a time where I was studying late and wanted a pizza, and it was probably at least 11, so I was limited to college joints, although thankfully I live very near campus so that works out well. I was on Grubhub and trying to pick a place, and picked a highly rated pizza joint.

The pizza was terrible, and I’m the kind of person who loves pizza, all types, so it’s hard for me to actively dislike one. But this was bad, every aspect of it was bad. So I revisited the reviews, and it was full of comments like, this pizza doesn’t taste very good, but it gets delivered fast and is consistent, 5 stars. Or, my pizza was soggy and half the toppings slid off and the company refused to do anything about it but the delivery chick was hot, 5 stars. Or, I hate this place and will never order from them again, 4 stars.

The worst part of all, I fell for the ratings AT LEAST one more time from this place.

I fell for the ratings AT LEAST one more time from this place.

Hate it when I do that!

I never wear matching bra and underwear intentionally. In the murdery procedural tv shows, they always show the professional women murder victims on the slab in the coroner’s dungeon with matching sets, so as long as mine don’t match, I’ll probably live to see another day.

Today I did randomly choose underwear and a bralette that match - bought them as a set. I had a good run, see you all in another life.

The worst part of all, I fell for the ratings AT LEAST one more time from this place.

sure, but was your delivery person hot or not?

Can we get confirmation that @NerdAlert has survived the day?

I spent the evening with my family, it was a really close call, but I have survived so far.