I’m going to Indianapolis tomorrow for a regional actuarial club thingie. It’s a very boring drive but it will be nice to spend the night in a hotel.

the best we’ve been able to do is a bucket

We had a lime green beach pail. I don’t think I was prepared for how much kids puke. I barely puked even when pregnant.

Small children and cats are both great at puking.

Our bucket was one of those big metal ones

Emphasis mine, is it possible to get leak proof bags here???

One time when I was nauseated at the doctor’s office they gave me a bag that looked just like that as a precautionary measure. I ended up not needing it but figured it couldn’t hurt to stash it in the car. I used to have a couple of barf bags from airplanes, but that one seems like it’d work better if something happened while I was driving as I wouldn’t have to fuss with trying to hold it open while also steering the car. So it’s been living in my glove box for a while. 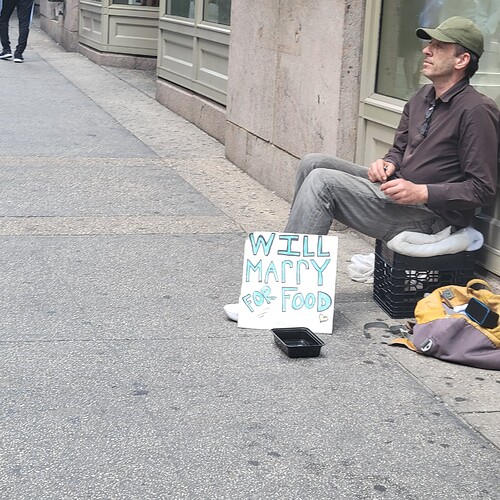 Can’t see any downside there.

I rewatched a very memorable episode of Seinfeld over the weekend, entitled “The Bubble Boy”

Well, the titular Bubble Boy, who is not actually shown in the episode, had some rock band posters in his bedroom, including one for a band called House of Lords.

House of Lords had previously been called Guiffria. Anyone remember Guiffria? They were the first rock band I ever saw in concert.

He keeps saying stuff like “members of the Royal Navy will be lifting the Queen’s coffin onto the uh, the … well I guess the uh …” and then one of the British commentators will interrupt and say “the gun carriage” and point out that it is the very gun carriage used to carry the coffins of Elizabeth’s father and grandfather and her great grandmother, Queen Victoria in their funerals and talk about the tremendous significance and importance of this particular gun carriage to the royal family and the British people.

But then the next time it comes up he stumbles over his words again. Anderson, what gives? Do you think the word “gun” is a curse word that cannot be said in polite conversation?

I was at a conference yesterday, drove home after, got in around 7:00, was so tired by 9 that I fell asleep for the night and woke up only a bit ago.

Yesterday really wasn’t even an overly busy day for me. No idea why I conked out for twelve hours.

My husband went downstairs and watched three hours of tv before coming to bed. I had no awareness of that. My son woke up at 6 coughing from his allergies and came into our room for some water. Also didn’t hear that. Good thing there wasn’t a zombie apocalypse, probably would have slept right through that, too.

Good thing there wasn’t a zombie apocalypse, probably would have slept right through that, too.

That’s probably the best way to experience a zombie apocalypse.

One of my students came up with a fun new way to remember the difference between complementary and supplementary angles.

90 year old ladies give out compliments, but when they are 180 they can’t because they are dead.

The iPhone update changed location updates to be live. I’m watching my husband drive home with dinner now. Looks like no red lights, very nice. This is how I entertain myself.

Getting my house power washed. With all the noise I figure that Smashing Pumpkins makes for good background music.

Got my Anniversary badge on the same day that I got an email from HR about my 5-year work anniversary.

I want popcorn. Popcorn often gives me a stomachache. If I eat popcorn and complain about a stomachache, instead of sympathy I’ll get asked why I eat something that I know will give me a stomachache. Even knowing this, I’m still thinking about making popcorn.

eating salt and butter directly is frowned upon. and corn on the cob doesn’t keep as well as popcorn kernels