To be fair, this was worded in such a way that this was more of a “supported Biden/Trump in the 2020 election” question vs a generic Democrat/Republican split.

Sitting in the faculty room and some other teachers are chatting about their conservative political views and tipping their toes into conspiracies. I really need to just not say anything…

Also, on the board outside the criminal justice teachers room he has pictures of a handful of presidents (about 10) with little blurbs about things they did related to criminal justice. Among them is a picture of trump with no blurb at all.

Also, on the board outside the criminal justice teachers room he has pictures of a handful of presidents (about 10) with little blurbs about things they did related to criminal justice. Among them is a picture of trump with no blurb at all.

It would be fun to add a blurb to the effect of “fomented an insurrection that led to several capital police officers being injured or killed”.

I’m having a lot of trouble coming up with an example that illustrates that, though, so maybe, in the end, it’s okay.

Yeah, that’s definitely a drawback. The difference between coming in 2nd vs 3rd in the first round is massive, even if the margin was tiny.

Like in Alaska, Sarah Palin only got 2.76% more first-round votes than Nick Begich.

That almost certainly made the difference between him coming in 1st vs 3rd.

More generically, imagine an extreme righty, a centrist, and an extreme lefty. Virtually everyone on the far right or far left prefers the centrist to the candidate on the opposite extreme. Suppose the votes are pretty close to evenly divided between the candidates.

If the centrist comes in 1st or 2nd, they will certainly win. But if they come in third by the tiniest of margins, then they definitionally lose, despite the fact that 2/3rds of voters prefer the centrist to the candidate who actually won.

This is one reason I would prefer approval voting to ranked choice. It’s much simpler to explain and to implement.

Chile’s proposed new constitution has been overwhelmingly rejected. May have been more sensible to have tried to do this incrementally through amendments rather than through a total overhaul that was so radical compared to its predecessor? 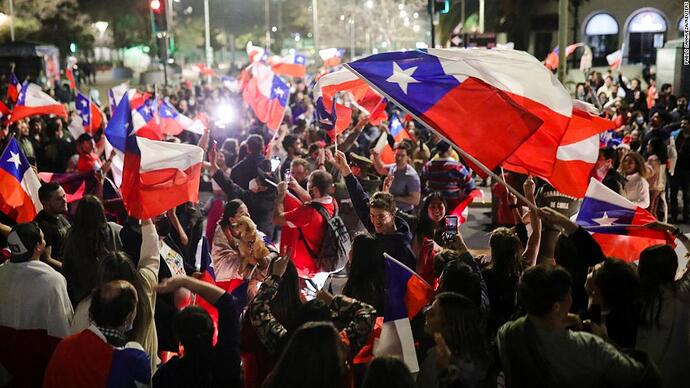 Chilean voters resoundingly rejected a newly proposed constitution in a referendum on Sunday.

Bolsonaro appears to be following the Trump playbook: gin up the mob to be prepared for violent action if he doesn’t win the upcoming election. 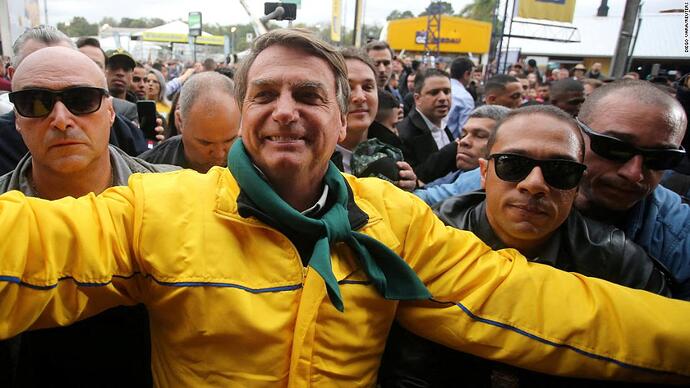 Analysis: As Brazil's military rolls out the tanks for Independence Day,...

Every year, September 7 in Brazil is a day of colorful parades, military demonstrations and national pride, as the country celebrates gaining its independence from colonial Portugal.