A thread for random political thoughts not worthy of their own thread.

Opinion article in wsj, Trump Lost to Himself - WSJ, has this quote:

This helps explain how the GOP gained a dozen seats in the House even as Mr. Trump became the first President to lose re-election since George H.W. Bush.

In other words, Mr. Trump failed to extend the Republicans’ re-election streak of one-in-a-row.

It’s a good pillow, but the owner is nuts. 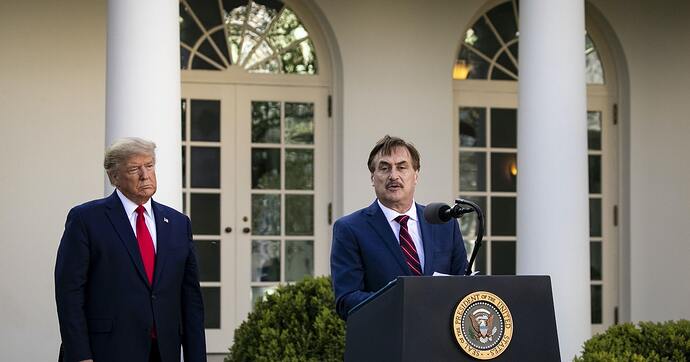 The federal lawsuit comes after weeks of warnings from the company and beckoning from Lindell for court action.

Was there a summary of what his “docu-movie” discovered?

Probably the closet thing is just Trump tweeting “WE WON!!!” in December

That’s all the evidence I need!

In other words, Mr. Trump failed to extend the Republicans’ re-election streak of one-in-a-row.

Well to be fair, you’re the one adding the word “Republican” in there.

Bill Clinton and Barack Obama were two-term Presidents, so as they wrote it, the streak was 3.

Note that “consecutively-re-elected” is a little different from serving in two terms. (LBJ and Cleveland don’t count, but Washington, Lincoln and Nixon do)

So actually, a string of three consecutive Presidents all winning re-election is rather remarkable.

Well to be fair, you’re the one adding the word “Republican” in there.

Thanks for pointing that out.

I was never very good at reading.

a string of three consecutive Presidents all winning re-election is rather remarkable.

Give it four years, I guess.

I just got a “responding to your message” from my Senator. I don’t remember contacting anyone about this subject (high speed internet), but it seems like the sort of thing I would do. It was probably one of those “click this link to send our form letter to your government representatives” sort of thing. [red]I guess it’s comforting to know that my senator cares deeply about me.[/red]

Isn’t it, though? I’m pretty sure sometimes it is. The question is, is it okay to be selfish sometimes?

exercising one’s freedom can certainly be selfish at times.

Sen. Tammy Baldwin is from Wisconsin but not Baldwin, WI.

I’ve never known Ted Cruz to do anything that’s not self-motivated, so this headline struck me as, shall we say, interesting…

Trying to reposition himself as a moderate Republican? Which by today’s standards has a pretty loose definition. He’s up for re-election in 2024 so maybe shoring up his moderate credentials now?

I’m in training, getting ready for school to start next week. One of the ladies from district look, at a glance, way too much like MTG.

I freak out a little each time she comes into my field of vision.

2 Likes
soyleche August 18, 2022, 1:01pm #20
@
The critical thing to know about Jared Kushner’s new book is that the Inflation Reduction Act lowers costs for families, combats the climate crisis, reduces the deficit, and make the largest corporations pay their fair share and we really should be taking about that more.
1695814 August 22, 2022, 5:26pm #21 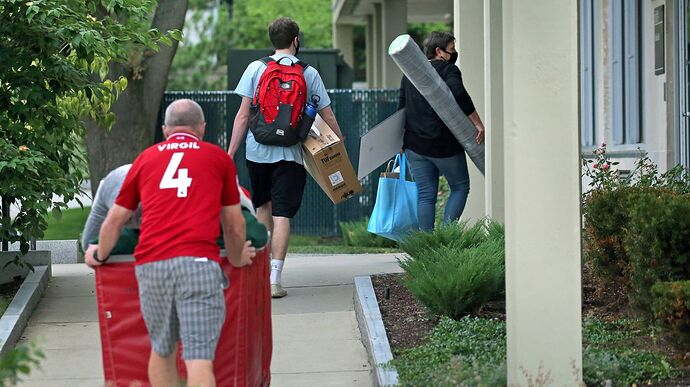 Nearly half of college students won't "dorm across the aisle," poll finds