Given Trump’s age and other publicly available information, what are the odds that the orange cheetoh croaks in the next 4 years? Any life actuaries out there have an estimate?

The Republican party is so corrupt right now that I’m not sure it matters which of them runs in 2024. They are already working on stealing that election by working on passing laws to insure they can. Be it Donald Trump or someone else. They are all awful. So what I’m saying is, does not matter if trump is alive to run in 2024. I think we are fucked either way.

Try this out for yourself:
https://www.longevityillustrator.org/

this thread is offensive

everyone knows there is no 2nd h in Cheetos

Try this out for yourself:
https://www.longevityillustrator.org/

I input that he was a non-smoker in poor health.

So his probability of living to 78 is even greater than 88% according to the AAA tool.

i’m not sure president ted cruz is preferable over president trump. they both suck.

as much as he is trying, can a Latinx get the national white supremacist support?

that is a negative perspective, I prefer to think there is a 10% chance of him dying

i’m not sure president ted cruz is preferable over president trump. they both suck.

It’s a small step up, to be sure. But Ted Cruz has far less verbal diarrhea spewing out of his mouth at least. Like I don’t think he’d be talking about “shithole countries” even if he implemented the same Muslim ban.

He’d be like one or two percent less embarrassing than Trump.

Not a life actuary, but maybe 35% would be my guess.

that is a negative perspective, I prefer to think there is a 10% chance of him dying 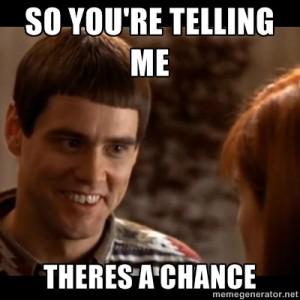 Everyone? I don’t think you can make that claim as long as he is the leading candidate for GOP nominee in 2024.

today. 55% among Republicans, I can only believe that will fade as the years go by

Especially if state and federal charges

IMO the question to be asking isn’t whether he dies before 2024. It’s whether a diagnosis of mental disease is made or becomes readily apparent before 2024. I think there’s a far higher chance of that happening, especially after that … performance … yesterday at CPAC.

In the meantime, he’s going to do his best to fracture the GOP at the '22 polls, then reiterate the only I can save you claims. The GOP, desperate to hold power at any cost after an unexpected electoral ass-beating in the midterms, will fall for it. What happens from there could well leave the GOP on some deserted planet being hurled through space: clutching to authoritarian ideas it once fought vociferously against, devoid of any other ideas, and without a true leader.

Don’t worry, there’s a roughly 99% chance the Democrats will still find a way to fuck that up.

But chance he is in good enough health for a national potus campaign, Im thinking <20%. Biden showed that even a healthy 80 year old cannot really do a large scale national campaign in person. Trump needs his big rallies and constant travel to win, and he just wont have that gas in the tank in 4 years.

More likely… trump will still be very popular in the GOP in 4 years. So much that the next GOP POTUS nom will need his endorsement to win.

How did he show this? His virtual campaign was due to COVID, not stamina or health. Only a moron would have done large scale in person events