Since phones are a status symbol (news to me), lets flex.

I’m flexing a Xiaomi Redmi Note 7. I think it’s a very popular phone in Asia, here’s it’s main benefit is that it’s cheap with good specs. About $200US. Recommended on personal finance websites for the frugal. 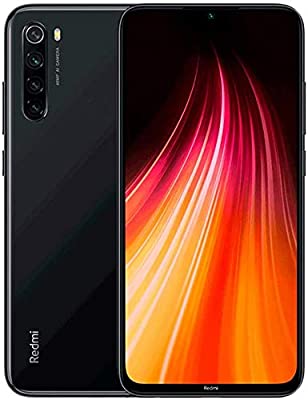 International Model - No Warranty in US. Compatible with Most GSM Carriers like T-Mobile, AT&T, MetroPCS, etc. Will NOT work with CDMA Carriers Such as Verizon, Sprint, Boost. - FCC ID: 2AFZZC3JG

iPhone X user here. I’m too ingrained in the iOS ecosystem to ever consider switching

Not entirely sure what the line between “slightly less than current” and “older” is - but I assume my iphone 7 is in the “older” category.

Our house has 4 android, 1 current (ish, just bought, but it was $130 dollars), 3 slightly less than current (mine included), 0 older (because the one that was here just got replaced by the current-ish), and 1 iphone current (first job, have money to blow, let me waste it on this thing because all my friends have one

I have a Palm Phone. It has a 3.3" display. It runs the full Android OS though.

I voted iPhone, slightly less than current, but I have an 11 Pro so it’s not terribly old. Normally I don’t buy the most expensive iPhone but I wanted the super slick camera for vacation photos. Come at me.

I’m at a refurbished iPhone 7 or 8, got more memory than I need so less of a chance of becoming obsolete

iPhone 5S. I assume that qualifies as “Iphone, older”.

Ironically it seems like half the time I use it in public I get a comment from someone wishing they had a smaller phone.

I have a Palm Phone. It has a 3.3" display. It runs the full Android OS though.

I loved my Palm Pre!

G5 clearly fits in the “current” category. It’s brand new and I wouldn’t call any phone with G5 compatibility as "slightly less than current. More specifically, is there any phone model with G5 that is being “replaced”?

I was making a distinction between “slightly less than current” (G4) and “older” (G3).

Until Lucy said G5, I was thinking G4 and G3 were some iphone ios variations, but I knew Lucy bought a pixel, so my brain flipped the characters, and it clicked. I have never seen 3G, 4G, or 5G referred to with the G first, learn something new every day.

with the G first

a distinction between G4 vs. G3

Get your own room!

I’m on an iPhone 11. I think that’s slightly less than current. This is my first iPhone. I’ve been diehard android before this, but my wife has always had iPhones. Some things I like, some I don’t. All in all, it’s not as bad as I thought it would be.

All in all, it’s not as bad as I thought it would be.