I read some stories about people paying some crazy amount of money, like $20k or something to human traffickers just to wind up dead in a shipping container or something.

What boggles the mind is what, a plane flight around the world doesn’t cost more than what, $2k for coach or something? I mean I can hop on a plane and go wherever so I don’t see why anyone needs to pay $20k for that. And surely flying coach has got to be more comfortable than trying to cross the Mediterranean in an inflatable raft. Clearly we have some kind of economic mismatch here and if we just let anyone anywhere buy the same kinds of tickets we wouldn’t have a market for these looney traffickers.

I think the point is to not let people know you’re flying.

That’s not the normal definition of human trafficking. 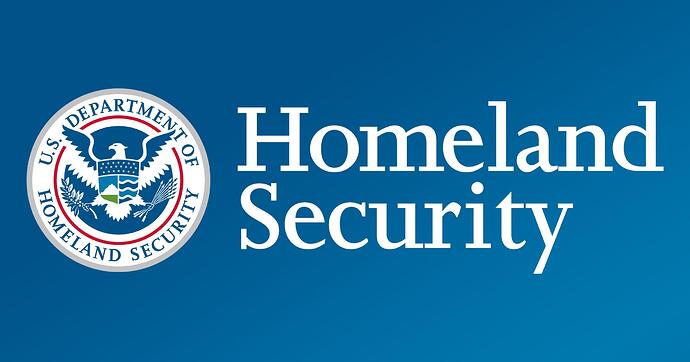 What Is Human Trafficking?

Human trafficking is modern-day slavery and involves the use of force, fraud, or coercion to obtain some type of labor or commercial sex act.

What you are describing is migrant smuggling.

That said, yes, one way for people to enter the country is to get a tourist visa and fly/drive/boat/walk in legally and then simply fail to leave.

I think that’s a lot more common form of illegal immigrant, actually: someone who entered the country legally and then failed to leave when they were supposed to leave.

And I think in some cases you’re paying the smuggler $20K to get like 15-30 people into the country. Still, in probably at least some cases the people could buy plane tickets and save money and have much safer passage to the US.

Open borders would fix a lot of problems.

No more segregation by nationality!

I changed the thread title to be a bit more related to the topic presented.

Also: look at where this $$ is being spent for the transportation, under what conditions can a person leave that country, and what are the consequence(s) for the individuals involved in the operation if they’re caught.

This cost was actually part of a plot line within Squid Game.

A REPORTER AT LARGE about Sister Ping and her human smuggling business. Several hours before dawn on June 6, 1993, two police officers came upon a …

I listened to an audiobook about this same topic a few years ago. I think this article is about the same “snake head”.

People do what they’re incentivized to do. If you incentivize illegal human smuggling by making it harder to get into a place, well, then, you’ll have illegal activities popping up.

Yep, open borders would solve the problem of human smuggling.

Unfortunately, they would create even bigger problems for the people who were born in richer countries.

Once you get here the airports check visas, ask questions, etc.
People being “smuggled in” over a physical boarder generally do not have visas.

So, an actual solution would be to make getting visas easier.
Then, people can willingly and illegally stay beyond their visa-allowed stay.
And then, the government will have to track down these illegal immigrants, instead of wasting man-hours on the border preventing entrance of those smuggled in.

Once we make immigration legal for everyone, we won’t have to worry about illegal immigrants.

That approach would be consistent with solving the rise in COVID cases by not testing.

Well, if we made anyone who wanted to be a citizen a citizen we wouldn’t have to waste all this money on border enforcement or whatever. Just let them get jobs and pay taxes and call it a day.

I mean you guys aren’t afraid of like, foreigners or anything are you

just think about all the tasty restaurants they’d open up

and food trucks on every corner mmmmmm

I mean you guys aren’t afraid of like, foreigners or anything are you

Ever hear of “nine-eleven”? Or those “south-of-the-border” drug cartels?

I do believe that most wanting entrance to the US are truly seeking a better life; but having “open borders” to all the world isn’t the right solution, IMO. I do believe that there are the right-wing extremists that seem to have undue control over border enforcement and sees only the nefarious actors in everyone seeking entry . . . I think getting these people out of power would be a better use of current resources.

Mexicans that I met typically paid about $2k to $3k to get smuggled across the border. Coming across legally is just unavailable to the vast majority of Mexicans due to the way the system is set up. And as one of them told me “it’s better to be poor in the US than to be poor in Mexico”

Ever hear of “nine-eleven”? Or those “south-of-the-border” drug cartels?

Did we have open borders during these times?

My solutions to these are:

Those are all good ideas. The first may have a small impact on illegal immigration. The other three are irrelevant.