My Experience With Covid

Haven’t been around much since the demise of the AO, but figured I’d share for anyone who cares…

I got the Vid right before thanksgiving. Woke up on day #1 with a headache (Loons playoff game was night before, thought I might have drank too much) and felt tired pretty much all day. By that night I felt like I got hit by a bus. Got tested day #2, came back positive day #3. The aches and pains got better day over day and I was pretty much good to go by day 6. I never got the cough/cold/congestion/fever.

Greenwoman and the kids (9 and 11) got tested after my positive and were all positive as well. Greenwoman started to feel symptoms about 5 days after me and had it way worse, she had the bad cough/congestion in addition to the aches and pains (no fever for her either). She actually slept on the sectional for 5 nights since she couldn’t lay flat without coughing. I don’t think the kids had any noticeable symptoms.

Covid was everywhere at the end of November up here. There are 3 possible places where I think we could have got it. One of our friends got it and I was around him maskless for about 15 minutes 5 days before he came down with symptoms, and 8 days before I had symptoms. But the odd part with him is that neither his wife nor his kids ever tested positive (they were tested twice). Another possible place was at my 11 year olds basketball tournament the week before I came down with symptoms. I was designated to keep to scorebook for our team and sat next to some random people for an hour at a time (we were both masked up). Or it came from our kids somehow through school/sports?

I will continue to blame my friend for infecting me in trying to make him feel bad so he buys me beer.

My worst aches/pains were in my back. The friend I mentioned above had pretty similar mild symptoms to me and he said his worst pain was his back too.

Both greenwoman and I couldn’t take a deep breath w/out coughing for 2-3 weeks.

A neighbor kid was at our house for most of the day when I first had the headache/tired. We notified them the next day after I went downhill and again after my test. That kid ended up testing positive (no symptoms). Her dad got basically the same symptoms as me, but tested negative 3 times. Her mom and younger brother tested negative twice.

I have asthma, so I was worried how I would react with Covid. I didn’t really have any problems at the time besides being able to take a deep breath. But starting a few weeks ago my asthma has been acting up worse than it has been in a while. I am going to my doc next week to get that figured out.

There were a few good things about having it when we did. One, we were able to spend Christmas day with my wife’s parents, which wouldn’t have happened if we never got it as they have been super careful. And two we are planning a spring break trip without having to worry about catching it.

I received a letter from my state department of heath 2 weeks after I tested positive telling me to give them a call to contract trace. Seems like that is something they could provide me with my test results? I am guessing they were so overwhelmed by cases at that point that it was too much for them to handle.

tl;dr - My family got Covid. Wife got it worse than me. We are all ok now.

And two we are planning a spring break trip without having to worry about catching it.

Yes, there are no certainties. And some people have been infected twice. But that seems to be a pretty rare occurance.

The CDC says we are in the clear for 3 months. A new study out of the UK says that most people who have had it are protected for at least 5 months (study is ongoing and only has 5 months of data to work with).

There is even thinking that it will last years.

Glad to hear you are good. This is pretty much the story I’ve heard from most people I know that have gotten it. My wife is pretty avid about simply not getting it, i’ve been more on the fence. My biggest concern the past year was getting it and giving it to my mom, but that isn’t a concern any longer. But, i know its rare that people my age and my kids have negative outcomes, i’d still rather not accidentally fall into that category so i guess still trying to avoid it the best i can.

I was also originally of the opinion ‘I can just get it and get it over with’. But I keep reading about long term effects being suspected. that’s why I’m taking a pass on this. I’m not likely to die from it, and it’d be nice to get on with my life, but I don’t need to die at 70 because my lungs are crap.

Yeah, the long term effects do scare me a bit. As I stated, my asthma has seemed to get worse since I thought I was recovered. I also got pneumonia a couple years ago and after that it changed my breathing and I needed to up my asthma medication.

A friend got it about a month before me, had pretty mild symptoms, and seemingly recovered. And then about 3 weeks after he was good he started to get really short of breath doing every day things (going up stairs at home, going for a walk in his neighborhood, etc). He also hasn’t been able to smell or taste anything since October.

He also hasn’t been able to smell or taste anything since October.

I traveled to the country I grew up in with my bf over a year ago and we both got sick. I lost of sense of smell but not taste for the first time in my life. I noticed it when I was eating all the food I wanted to eat. It’s amazing how much of what makes eating enjoyable is actually from smell. I could feel salty/sweet from my tongue, but it was completely unenjoyable and meaningless.

I would get depression if I can’t taste or smell I think. I love food too much.

Glad you’re doing better. This is why I’m being a hermit until I’m vaccinated in a few months. Even then it’ll be a few more months until I’ll be comfortable doing something like dining in a restaurant.

The CDC says we are in the clear for 3 months. A new study out of the UK says that most people who have had it are protected for at least 5 months (study is ongoing and only has 5 months of data to work with).

I traveled to the country I grew up in with my bf over a year ago and we both got sick. I lost of sense of smell but not taste for the first time in my life. I noticed it when I was eating all the food I wanted to eat.

Yeah. I’ve lost my sense of smell twice. I could still taste salty and sweet, and weird-to-me, umani. And it was like they describe for covid - i wasn’t congested, I just couldn’t smell anything. But a hamburger just tasted umami, with absolutely no taste of beef. Apples just tasted sweet and sour, with no “apple”, and I couldn’t tell one type of apple from another. I lost most of the pleasure I get from eating. Happily, I recovered both those times.

B/T cell immunity for survivors of the 1918 flu has lasted up to 9 decades: https://www.nature.com/articles/nature07231

The number of documented 2nd COVID infections out of the total number of infections globally is vanishingly small, so I think you’re good.

besides death and stuff, what really scares the hell out of me about getting this virus is long-term brain fog. my brain is foggy enough! must avoid this virus…

Seems like a majority of people with neurological side effects are pretty old, but it is scary.

The prospect of getting a “long hauler” case is also a concern. 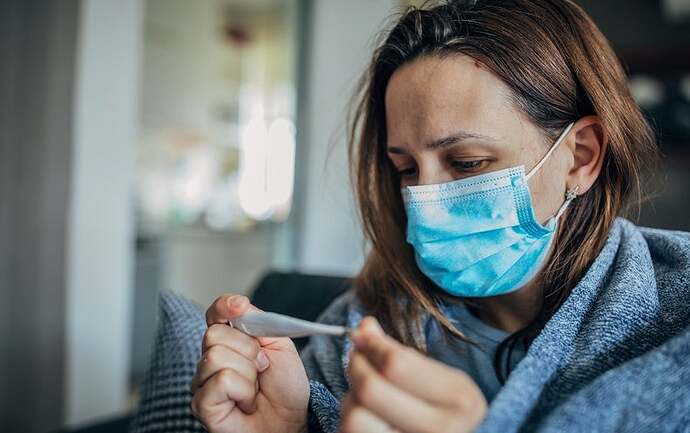 The Problem of ‘Long Haul’ COVID

Eh, one of my friends got it at age 45. Completely healthy, ate well, exercised, no health issues at all. And the opposite of lazy. She was the girl that did marching band and theater and track in high school while maintaining a good GPA in the advanced classes.

She’s on day 56 and is still sleeping 14-15 hours a day and can’t work more than half-days at what she has described (pre-Covid) as her dream job.

She has trouble breathing and still can’t smell or taste.

i’m getting PT for my old injuries gone crazy with sitting at home all the time now. anyway, the PT said that a lot of their clients right now are COVID survivors who have long-term issues, and that most of them are in their 30’s and 40’s. yesterday I was at PT and the girl getting PT near’ish to me looked like she was in her 30’s at most, and from overhearing the conversation over there, it sounded like she was there to fix issues fucking up her body due to having had COVID. no thanks! NEED TO AVOID! my body is already fucked up due to hurting my knee at 12 which spread to my hip. i already have enough brain fog. both of these things being made worse by COVID needs to be avoided.

i don’t think she’s all that unique.