[that wallaby has been dead for years]

Well, we’ve got a new drama: llama on the loose

There a llama on the loose in the area.Gizmo, who is a rescue, arrived in Northern Westchester County on Saturday, Dec. 12. He got loose the next day in Bedford Corners near Guard Hill and Darlington roads and hasn't been seen since.

Poor llama. If people do rescue, they should know what they’re doing.

The wallaby wants you to think that it’s dead. The llama us probably its latest recruit!!!

If you see it, she responds to her name: “Dolly.”

It’s hiding. With the alpacas.
It’s been a dream of mine to have a field of alpacas with a road sign that says ‘llamas”. I bet I could get away with it too.

Okay, they found it in the woods.

Llama Who Went Missing In Northern Westchester Has Been Found 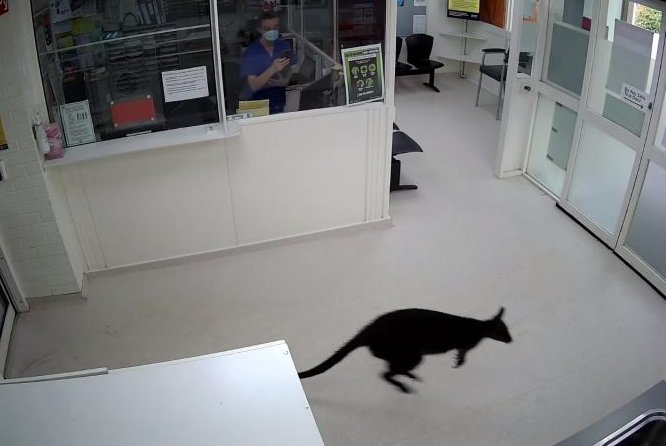 A curious wallaby was caught on camera when it hopped through a set of automatic doors to explore the waiting room of an Australian hospital's emergency room.

I keep waiting for the wallaby bones to be found

I think Indy evolved to the point where he uploaded his consciousness into a cybernetic body. 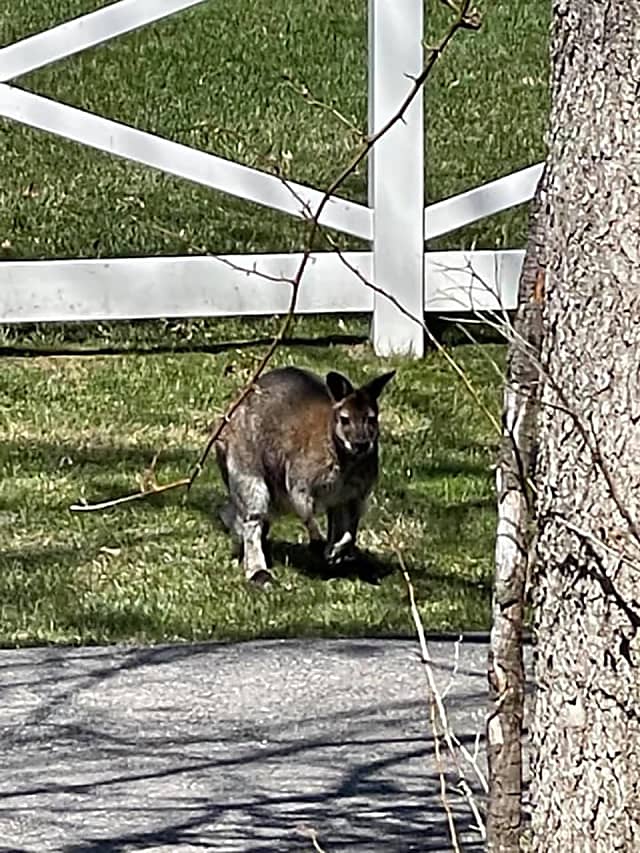 Police officers never know who or what they might spend their day chasing.For agency in the Hudson Valley on Monday, April 5, it was a wallaby that took up a good part of their morning and afternoon in Orange County.The chase began after t…

(this is not Indy)

Sure it’s not Indy.

Were there any major unsolved crimes that happened while “Hoppy” was all hopped up, e.g. mob hit, intricate jewel theft, etc.???

Has Meep moved to Cincinnati recently? 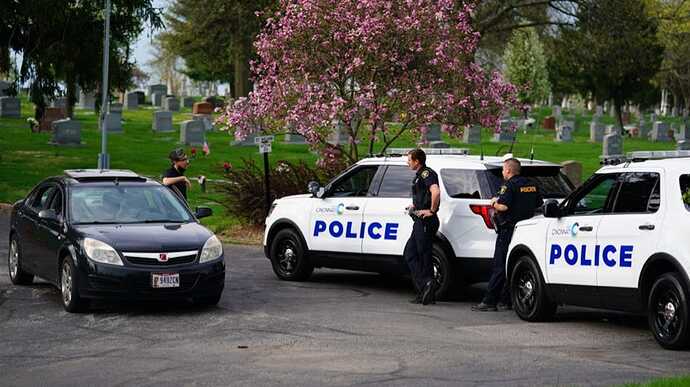 Monkeys are reportedly on the loose in Cincinnati. Police have yet to find them.

Police on Thursday have yet to locate monkeys that were reported on the loose near a cemetery late Wednesday.

Our town got visited by the Union Rat!

I’m not going to quote the whole saga, but check this bit out:

Just quoting this, as you may remember @ao_fan mentioning the $75/hour for the vaccination center workers in NYC in one of the vaccination threads. Well, the specific jobs mentioned here are sandblasting & painting water tanks.

There used to be offices for a large homebuilder in my office building in Schaumburg. The local carpenters union would picket with a similar rat or 3 because the builder used non-union labor. They would be there from 1 to 3 days a week for months on end.

I always wondered what it would have taken to get the guys and the rats to move over to the SOA offices in Schaumburg when the SOA decided that they would “self approve” themselves for P&C work.

Alas, the SOA & CAS are guilds, not unions.

Maybe they’d do Mr. Peanut with top hat & monocle for the actuarial societies… or, most likely, they wouldn’t care what a bunch of nerds are up to.

Alas, the SOA & CAS are guilds, not unions.

Is it just me, or does it look like a big, red-eyed marsupial looking to pounce on the unsuspecting???

Let me know when one of the actuarial orgs goes on strike against an insurer.