Mother loses custody because she is unvaccinated

She claims she has difficulty with vaccines and her doctor advised against getting the vaccine. 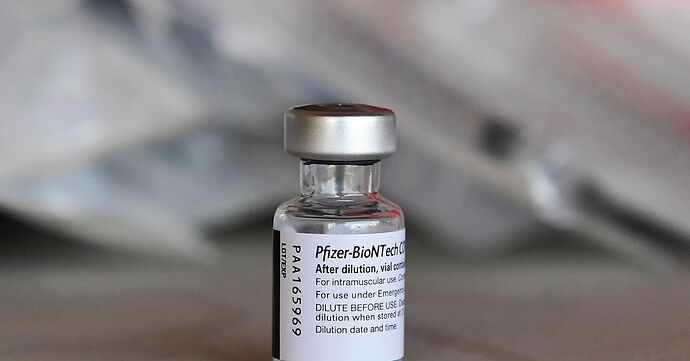 Judge rules Pilsen mom can’t see her son because she’s not vaccinated against...

Earlier this month, Cook County Judge James Shapiro barred Rebecca Firlit, the mother of an 11-year-old boy, from seeing her son. She is appealing the decision.

“I’ve had adverse reactions to vaccines in the past and was advised not to get vaccinated by my doctor. It poses a risk

Not sure I believe that. I feel most people who arent’ vaccinated are just making stuff up. If so, this is a good decision. You’re free to remain unvaccinated, you just can’t do a lot of stuff that vaccinated can. In this case, like see your child.

Is the kid in a high risk group?
If not and the mother really does have medical reason to not be vaccinated, then this sounds like a terrible ruling by the judge. 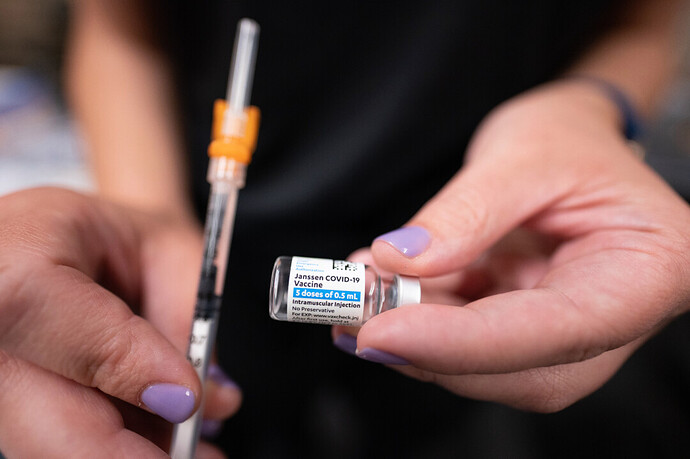 Unvaccinated Mom In Pilsen Can See Her Son, Judge Says In Reversal

Earlier this month, Cook County Judge James Shapiro said Rebecca Firlit's custody of her 11-year-old son would be revoked until she was vaccinated against COVID-19.

Already overturned, though it didn’t bother me in the slightest.

really? I think this is going way too far. taking a mother away from a child is far more damaging than not being vaccinated is. 11 year olds in general still aren’t dying from this virus. this judge should be stripped as a judge imo. yes, people should be vaccinated, but no, you shouldn’t take their children away if they aren’t.

I’m pro-vaccination but think this was an overstep assuming the kid wasn’t high risk. Swinging the other direction, a judge in Ohio has ordered a hospital to give a patient ivermectin.

If it’s true that a real doctor recommended she not get vaccinated, my position would soften. We had a large local issue with a chiropractor where if you paid ~$30 he was giving mask exemptions to schoolchildren because of health conditions that they didn’t have to disclose. I don’t think he got shut down, but something disciplinary happened and that stopped after a few dozen children showed up with them. Wouldn’t be surprised if the same is happening with vaccinations.

My opinion is regardless of whether or not a doctor approved of her declining to get vaccinated. I don’t think it’s a good idea to just start taking kids away from their parents over this. It is far more damaging to the kids overall. It’s not like we have so many competent foster parents willing to take on all these now parentless kids. It’s insane to do this. I don’t think judges like this are actually considering what’s in the best interest of the child in such a decision.

The weird thing is that it sounds like from the story that the father wasn’t even the one to pursue the loss of visitation due to her not being vaccinated, although now he wants to appeal the reversal. Sounds like the judge took it upon himself to do it. Such a strange story.

We’ve long disagreed on COVID safety and I know we won’t arrive at an agreement over this. I’ve been very safe while family members keep congregating and now three of them are dead (possibly 4, family didn’t want to discuss it). So I’ll bow out of this now.

This was a divorce hearing, so the kid wasn’t going to end up in a foster home over it. Still terrible, but not quite as bad as you’re thinking.

yikes, sorry about your loss

This was a divorce hearing, so the kid wasn’t going to end up in a foster home over it. Still terrible, but not quite as bad as you’re thinking.

yeah, I know, but it’s a similar idea to me. I just think it’s damaging to a kid to take their mother away from them more so than the benefits of the vaccine.

Yeah, it’s awful. There would have to be major extenuating circumstances for it to be justified IMO.

Man, would it suck to be sharing custody with a COVID hoaxer though (this mom doesn’t sound like one). Hadn’t really thought about it until now.

It sounded like the hearing was about child support payments in a situation where the parents shared joint custody. In one article I read, the mom or her lawyer, I can’t remember which, said it was talking a long time (couple hours) and the they were considering asking for a continuance to continue negotiations and that the judge might have been annoyed that they were seeming to waste his time. Not sure when he asked about the vaccination status but she said the question was out of the blue and didn’t have anything to do with what they were having the hearing for. And then the judge cuts off her in person custody time with the kid.

It also said the ex was fine with the cut off and someone here said he may appeal the change. So I’m guessing he is using it as a wedge against her.

It does kinda sound like the judge made a snap decision and knew he would lose on appeal and didn’t want that head ache as well so he reversed it himself. Of course, after it hit the news, he might have gotten a call from the head judge in his division.

I just think it’s damaging to a kid to take their mother away from them more so than the benefits of the vaccine.

Out of curiosity, would you feel the same way if it was the father in this situation?

Even if one or both of the parents are hardcore MAGA/Trumpers?

well, that’s unfortunate for the kid and perpetuating that attitude, but yeah, even then. as long as the parents aren’t abusing their kids, you can’t just start taking children away from their parents.

So I’m guessing he is using it as a wedge against her.

That’s how I read it too.

people need to give more consideration to whom they have children with in the first place. that’s all this tells me. just because she’s hot, and you can stick it in, doesn’t mean you need to procreate.