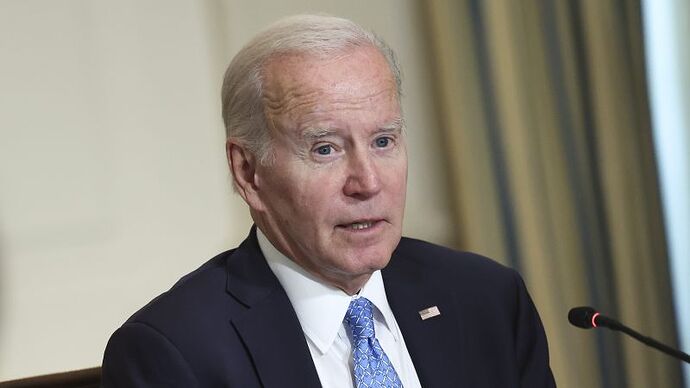 President Joe Biden is taking his first major steps toward decriminalizing marijuana, fulfilling a campaign pledge to erase prior federal possession convictions and beginning the process of potentially loosening federal classification of the drug.

Biden on Thursday will pardon all prior federal offenses of simple marijuana possession, a move that senior administration officials said would affect thousands of Americans charged with that crime.

And the President will task the Department of Health and Human Services and Attorney General Merrick Garland to “expeditiously” review how marijuana is scheduled under federal law, the first step toward potentially easing a federal classification that currently places marijuana in the same category as heroin and LSD.

Good for Biden. Good for the US. It’s a step forward for all.

Small but positive step. Interesting that there are zero folks currently serving time in prison for possession.

Seems kind of funny that you’d pardon at the same time you could theoretically be throwing more people in jail for the same crimes. You’d think the law change should be first, or at least at the same time. But I understand - it’s way easier to pardon than it will be to alter the law.

I’d think that technically they don’t need to change a law; simply removing cannabis from the list of scheduled substances under the Controlled Substances Act would likely be sufficient.

A law change would be necessary to implement a federal taxation structure, put restrictions in on use, address how to handle folks in jail for CSA violations, impose requirements for states to consider cannabis use under DUI laws, etc., etc…and those details are where a law would get bogged down.

I’ve a friend who was going to college for a likely federal career, something with national parks.

He was caught with a bit of cannabis and convicted and had to do another year of college for a career he was less interested in. It also stained his application process, just because one cop was an asshole during a routine traffic stop. He was a good guy. Would have been a good employee and an asset to the nation.

Good by Biden. This is a small step but it’s positive and necessary.

Seems kind of funny that you’d pardon at the same time you could theoretically be throwing more people in jail for the same crimes. You’d think the law change should be first, or at least at the same time. But I understand - it’s way easier to pardon than it will be to alter the law.

I think the key word above is “theoretically”. No one currently is being imprisoned solely for possession of marijuana but they are being charged so have a criminal record. Good first step to get rid of that record.

They can’t possibly say there are no medical uses for weed to keep it on Schedule 1. Same with Shrooms and LSD. I get that many of these are still being tested, but FFS even meth and cocaine have medical uses per the schedule.

The Canadian government has permitted our province (BC) to decriminalize the possession of small amounts of heroin, cocaine and meth. 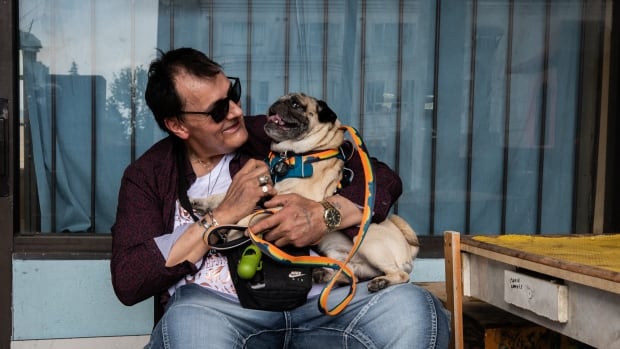 B.C. will decriminalize up to 2.5 grams of hard drugs. Drug users say that...

As B.C. is set to become the first province to decriminalize possession of small amounts of illicit drugs, drug users and advocates warn the the threshold of 2.5 grams will leave most entrenched drug users criminalized.

just because one cop was an asshole

I’m gonna go out on a limb here and guess the people Biden is pardoning or has pardoned skew black and Latino.

I think they could but I also think they’ve said that they aren’t. Sort of de facto legalization without actually legalizing.

Sort of similar to how for a few years there was an Obamacare mandate with an actual penalty, but Trump had instructed the IRS to not correct anyone’s tax returns who had failed to calculate the penalty.

I hated that period for VITA. Since the penalty was still law we had to ask people about it and calculate the penalty even though we knew darn well that absolutely nothing would happen to them if we didn’t. I wanted to whisper to just take the return we prepared and recopy it all without the penalty, but we weren’t supposed to do that so I didn’t.

Now I think there’s still an individual mandate, it’s just that the penalty is now $0. So the tax software no longer even asks about it. At least not for federal. California still has a non-zero penalty and maybe other states too.

Cannabis has been kept on Schedule I strictly for political reasons. The last time they looked at it (2018?), I’m not certain they even bothered to attempt to rationalize the finding of “no medical use”

I think that given the letter of the law, and treaty obligations regarding potentially addictive medications, an argument could be made that Cannabis should still be a scheduled substance…but probably down around Schedule III, IV, or V.

Of course, if we’re going to be logical in applying the letter of the law, an argument could also be made that tobacco and alcohol might ought to be scheduled substances as well…and there’s no way that political pressures would allow that to happen (too many people partake, and too much tax revenue at stake).

too many people partake, and too much tax revenue at stake).

you’d think the same would apply to weed and possibly other drugs though. there’s big money in all drugs, especially addictive ones. so why would the pressure only be for alcohol and nicotine

I was referencing alcohol and tobacco because those are the government-approved addictive substances.

It’s been my long-term belief that cannabis isn’t any “better” or “worse” for society than tobacco and alcohol, and should have the same legal standing. They all have their hazards and raise the risk of dependency, if not outright addiction. Thus, I tend to invoke them when wading into cannabis discussion.

I wish all of them were used less…but legislating prohibition is useless.

Other substances, I’m less familiar with. I’d be OK with the idea of anything that is no more dangerous than alcohol, tobacco, or cannabis being treated similarly under the law, but I’d be skeptical of claims one way or the other, given the likely biases of those making such claims.

there’s big money in all drugs,

Yup. The stock prices of the big Canadian marijuana companies surged on Biden’s announcement. They are prohibited from selling weed for recreational use in the US until it is approved federally.

I’d be OK with the idea of anything that is no more dangerous than alcohol, tobacco, or cannabis

That’s the funny thing about alcohol. It is one of the most harmful and most addictive drugs. So having it legalized grants very little excuse to not have basically all other drugs legalized as well.

I’m not a “legalize it” sort of person; I’m more a “I wish the rules were consistent and not seemingly based on protecting the business interests of folks who make campaign contributions.”

My name is John Stewart Mill and I am fervently against paternalism.

Of course, if we’re going to be logical in applying the letter of the law, an argument could also be made that tobacco and alcohol might ought to be scheduled substances as well…and there’s no way that political pressures would allow that to happen (too many people partake, and too much tax revenue at stake).

More Americans smoke cannabis than tobacco, FYI. That tracks with my personal experience as well. I can think of 2 people in my life that smoke tobacco frequently and a few dozen for cannabis.