A Butler County judge has ordered a hospital to treat a COVID-19 patient with the anti-parasite drug Ivermectin, a drug known to be used to treat or prevent parasites in animals, despite the CDC warning against it.

In the complaint, Julie stated that her husband had been on a ventilator for 19 days after attempts to use treatments like Remdesivir, plasma and steroids.

That’s when she stated she sought medical advice from their physician Dr. Fred Wagshul. In the complaint, it states Wagshul supported the use of Ivermectin and prescribed it to him. After the hospital refused to administer the treatment, Julie filed the complaint.

In the complaint, she states that she has signed a full release, relieving the hospital from any and all liability concerning the administration of the Ivermectin.

In the order, Howard stated that after reviewing the complaint filed by Julie on behalf of her husband, he is ordering the hospital to administer the drug to Jeffrey.

The judge said the drug will be administered in accordance with Dr. Wagshul’s, prescription, which is a 30-mg dose of Ivermectin daily for 21 days.

According to the Mayo Clinic, when taken for an actual approved reason the dosage is at most 200 mcg [micrograms] per kilogram of mass. [150 mcg/kg if for river blindness.] So, someone weighing 200 lbs (90.74 kg) would get a dose of approximately 18.148 milligrams. Once. With another dose appropriate in 12 months, in no circumstances fewer than 3 months. A 30 mg dose would be appropriate for someone weighting about 331 lbs. Again, once.

This guy will get that daily for 30 days. So, some 45x times the recommended dose.

The judge should hurry and get a full release from this woman, too. Seriously, at this point just treat the guy like an actual horse and take him behind the woodshed and shoot him already.

Tangent: If this dude dies from the ivermectin and Dr. Wagshul suffers no punishment from his involvement then this is a legal work around from a ban on assisted suicide or abortion.

My understanding is he does not have privileges at that hospital. Apparently this has happened elsewhere too.

perhaps they should transfer him to a facility that will give him “proper” care then. where this doc has practice rights and can give you all that dewormer

Tangent:
There’s been a couple of fetal demises due to unvaccinated COVID positive moms in Texas. You know, that state that feels so strongly about protecting the unborn that they’re set to prohibit abortion over 6 weeks, even in the case of rape or incest.

No privileges then screw him and that judge. If this is a precedent of a judge forcing a hospital to give privileges to a doctor that is a significant government overreach. I’m sure that’s how the modern conservatives will see it, right?

So how does off-label prescription work again? Because this isn’t how ivermectin is normally prescribed, nor is it an FDA approved use. I wonder if there isn’t some medical guideline that the profession self-polices, even outside the hospital privileges issue.

Absent the hospital issue, where should the line be drawn on “likely to die, try anything that won’t kill you today”? I think most people see the reasoning behind allowing morphine doses that are otherwise dangerous to treat pain in people who are very close to death, for example. The ivermectin q isn’t quite as clear because it isn’t known to be as efficacious against COVID as morphine is against pain.

This guy will likely die and I can understand the wife grasping at any straws. Wonder if there will be finger pointing that ivermectin or the delay in giving him ivermectin killed him. 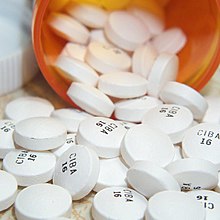 Off-label use is the use of pharmaceutical drugs for an unapproved indication or in an unapproved age group, dosage, or route of administration. Both prescription drugs and over-the-counter drugs (OTCs) can be used in off-label ways, although most studies of off-label use focus on prescription drugs. Off-label use is generally legal unless it violates ethical guidelines or safety regulations. The ability to prescribe drugs for uses beyond the officially approved indications is commonly used to g...

In the United States, once a drug has been approved for sale for one purpose, physicians are free to prescribe it for any other purpose that in their professional judgment is both safe and effective, and are not limited to official, FDA-approved indications.[19] Pharmaceutical companies are not allowed to promote a drug for any other purpose without formal FDA approval.

The usual off-label use is to give the common dose for another reason, or to give a drug that hasn’t been tested in pregnant women or kids to those groups.

I’ve never heard of giving 30* the normal dose, but my guess is it’s legal.

No privileges then screw him and that judge. If this is a precedent of a judge forcing a hospital to give privileges to a doctor that is a significant government overreach. I’m sure that’s how the modern conservatives will see it, right?

But yeah. It seems bizarre to force a hospital to do something on behalf of a doctor who doesn’t have admitting privileges there.

This hospital, FWIW, is suburban Cincinnati.

The school district in that area is huge and is requiring masks. I’m sure the county must have voted for Trump, but it doesn’t seem like an especially anti-science area. Miami University is in the county too, though on the opposite edge of the county as West Chester.

When I was a kid it was considered slightly the boonies, but the area has been booming for a long time now.

Judge could certainly be from a pre-explosive-growth era.

John Boehner (former Speaker of the House) lives in West Chester. No ide what he’s said about Covid.

So, someone weighing 200 lbs (90.74 kg) would get a dose of approximately 18.148 milligrams. Once. With another dose appropriate in 12 months, in no circumstances fewer than 3 months. A 30 mg dose would be appropriate for someone weighting about 331 lbs. Again, once.

This guy will get that daily for 30 days. So, some 45x times the recommended dose.

Do we know that the actual patient weighs 200 lbs? Obesity is a thing, and a comorbidity of Covid, and not rare in Ohio. I don’t think we’ve eliminated the possibility that he weighs 331 lbs or more.

But if what you’re saying about once every 3-12 months is accurate (my source mentioned 100-200 mcg per kg but not the frequency) then this could well be 30x the recommended dose.

Yeah, the dose is completely reasonable for a single dose. It does sound high as a repeated dose. I know nothing about the toxicity of this drug, or how long it takes to clear from the body. If the advice is to not use it too frequently as a de-wormer, it probably takes a while to clear the system, though.

But if what you’re saying about once every 3-12 months is accurate (my source mentioned 100-200 mcg per kg but not the frequency) then this could well be 30x the recommended dose.

I’ve seen sources with much higher frequency, like that 0.2mg/kg dose weekly, biweekly, or monthly for (attempted) prevention, up to daily for 3-5 days for (attempted) treatment of a positive case. I don’t think I’ve seen 9 days of daily treatment, but doesn’t mean there aren’t doctors trying that somewhere

This page outlines some of the studies done with various dosing regimens: 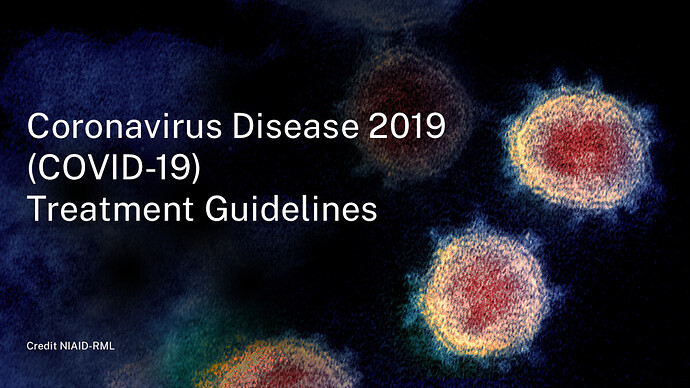 Review clinical data on the use of ivermectin for the treatment of COVID-19.

(I haven’t reviewed this in full, just googled “ivermectin covid dosage” & found this)

I have no idea how much the guy weighs. If he’s pushing 300 lbs., he’s got a ton of other problems to focus on before we get to he’s been on a vent in the ICU for days, give him Ivermetcin, it could save his life!

If he’s pushing 300 lbs., he’s got a ton of other problems to focus on

Yeah, well a lot of the folks on ventilators ARE morbidly obese. I’m not sure why you would focus on those other issues before the fact that he can’t breathe without a ventilator though.

Granted, at that point in time you really can’t do anything about all the other stuff. Probably should have done all of that a long time ago. I just don’t get how a de-worming medication is going to overcome all of that stuff, unless the guy is carrying half his weight in worms and no one has figured that out and that is the reason he’s so sickened by coronavirus.

Then again, I’m an actuary and not a doctor.

Well in fairness, NO ONE who is respected has figured out how a deworming medication is going to overcome any of that stuff.

Antiviral and anti-inflammatory properties of ivermectin and its potential...

ETA: unless you’re saying NIH is not respected, in which case we agree.