The old AO health & fitness section used to have a good thread about the benefits (and difficulties) of quitting drinking. It was a good place for folks to talk about where they were in the process and how it was changing their lives (for better and/or worse). I waited a year for some one else to start one, but I guess I have to the be alcoholic that makes the first post.

I’ll be 2 years sober this December (minus a few times I fell off wagon, so I don’t exactly have my chips). This is a BFD for me after ~15 years of varying degrees of alcohol abuse. After almost 2 years, I really feel like a normal person again. It was a long process of mental stages (we can get into it if anyone is interested). I still feel a little vulnerable to hitting a spontaneous bender, but for the first time in my adult life I can say ‘I dont need a drink’.

On the fitness side:
Instead of drinking 5x a week I now work out 3-5x a week. I am in the best shape of my life. I still have a lot of problems with stress and sleep, but physically I am beyond anything I could ever imagine. My goal is to be able to do a full front lever. I’m a long ways off, but I have the first 2 parts of the progression down.

my one liner for folks considering making the plunge into sobriety:
“Quitting drinking wont solve any of your problems. But it will let you start solving them”

Good for you - that’s an awesome testimony!!! I am not trying to quit drinking, but my life has been affected by addiction, so I have some vague sense of the struggle.

I’m glad you’re feeling better and hope this thread touches someone who needs it (and may not respond).

And what’s a “full front lever”?

And what’s a “full front lever”?

An alternate expression for “The Full Monty”? 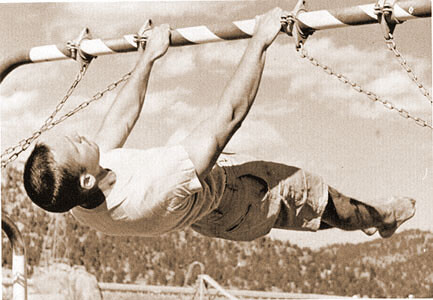 not required for, but helpful to perform, full monte

I am focusing on drinking here, but I am well aware that there are many ways addition can impact peoples’ lives.

Both seem somewhat impossible for me, unless I lose about 100 pounds (but lose no muscle mass). Also, my grip is plagued by mousing and typing and aging.

Just looking at this makes me pull a muscle:

This article covers the front lever requirements including muscles used order to achieve the perfect form.

I think anyone who says “I need a drink” probably has a problem with drinking, since there are plenty of non-alcoholic/non-drug alternatives to solving whatever ailment (stress, anger, etc.) is presently in the foreground.

I’ve had alcoholics in my life through most of my adulthood. (I wasn’t a child of alcoholics, thank God.)

I’ve seen what the ravages of the disease can wreak. I’ve seem people come out it totally. Come out of it and get sucked back in. And those who let it consume them.

I am actually trying to do it on a crimp… I can do the front tuck lever on a 1/2 crimp.

I also got into rock climbing when I quit drinking. Front lever training is about the same as overhang training.

Those who remember my efforts on the AO, I’m a big fan of the CAGE quiz. If you can (HONESTLY) answer yes to 2 or more of these questions, you may want to seek a professional’s opinion. This isn’t absolute. Not clinical. But a good starting place. When the quiz asks “ever,” (TO ME) it doesn’t mean just one time. The questions all pertain to the acronym CAGE:

Cut down. Have you ever felt you needed to Cut down on your drinking?

Annoyed. Have people Annoyed you by criticizing your drinking?

Guilty. Have you ever felt guilty about drinking?

Eye-opener. Have you ever felt you needed a drink first thing int he morning (an ‘Eye-opener’) to steady your nerves or get rid of a hangover?

Again, these aren’t one-off things. You aren’t gonna count the first one if you woke up after prom weekend swearing off the drink for good. Or, if once or twice your boyfriend annoyed you by saying he hated it when you had too many drinks at a wedding and started flirting with the groom.

I wasn’t a child of alcoholics, thank God.

my Father in law was one for 40 years…Wife hates him. also MIL has been full blown alcoholic for last 10 years since her 2nd divorce. wife dislikes but does not hate her.

Another thing I brought up was this. Ask yourself “could I just cut out drinking for 90 days straight?” And would you?

Answers: I could, but I won’t. I’m a grownup and I can have a drink if I want.

I only drink socially, what’s wrong with a happy hour drink or 2 on Fridays after work with the group?

If you are reacting that viscerally to that question, look deep inside. I know social drinking is an important dynamic to a lot of people. But if the mere fact that someone suggests you stop for merely 90 days gets you on the defensive or angry, you do not have a healthy relationship with alcohol (IN MY OPINION).

Good thoughts, BG. Looking back they should have been OBVIOUS signs that I had a problem. When you are deep in the game, its hard to see how deep you are.

I tried to do a 100 days sober back in 2019. I made it 88 days, then fell off the deep end for almost 8 months before trying again in 2020. I am so happy I quit right before lockdown… I might have drank myself to death at home everyday. I have many friends that didnt make it out… lockdown was really bad for them.

One of the things I did well for all those years was hide my problem. most people just thought I was going to work and raising a family. I was very good at playing sober around people (friends, family, coworkers). Some people still dont really understand what im talking about when i say I quit drinking.

A couple times a year, I realize I am drinking too often. (Not too much, mind you, but too often. Like 4 to 6 nights a week. But I’m consuming 3-4 glasses of wine over three hours or so.)

So, we take a month off from time to time. This past year, it was January and August. Last year we did October.

We may do a dry Thanksgiving to Christmas block.

many people confuse quantity of drinking and reasons for drinking. So many people try to point to # of drinks to define issues. But really its WHY are you drinking.

if you drink because you enjoy wine and have fun with spouse, then drink wine.

If you drink to be drunk because F’ life, I cant deal with this anymore then…(points to self)

I nipped a future drinking problem in the bud before it became one, I think. I knew having a drink made me more social and I figured that was fine (although I wondered if something more medically sound could do the same thing, which obviously antidepressants do). But then one time when I was studying for one of these stupid exams, I was so stressed out that I went and found whatever hard liquor we had at the time and drank it straight. It was in that moment I knew I was going to the doctor, and I did.

Good thoughts, BG. Looking back they should have been OBVIOUS signs that I had a problem. When you are deep in the game, its hard to see how deep you are.

I tried to do a 100 days sober back in 2019. I made it 88 days, then fell off the deep end for almost 8 months before trying again in 2020. I am so happy I quit right before lockdown… I might have drank myself to death at home everyday. I have many friends that didnt make it out… lockdown was really bad for them.

One of the things I did well for all those years was hide my problem. most people just thought I was going to work and raising a family. I was very good at playing sober around people (friends, family, coworkers). Some people still dont really understand what im talking about when i say I quit drinking.

For those who are truthful with themselves, there are always obvious signs.

Even drunks can stop drinking for a while. There’s a difference between not drinking and being sober.

Unfortunately, many people’s perception of a “drunk” is someone who is constantly drinking, most often to excess. Usually in bars. People who cannot pass up an opportunity to drink. Sneaking drinks at work. Int he morning.

Though some drunks do just that, it’s an insidious disease that does whatever it can to perpetuate its existence. You will condition yourself to hide it, to deny it, but yet feed it.

There are drunks in plain sight every day. Maybe it’s your boss. Or the old lady at the bank who’s been there since you were a kid. Could by your doctor, or the crossing guard you pass by every morning on your way to work. The Uber driver you had last weekend, or just the guy who held the door open for you coming into 7-11.

That doesn’t mean all those people were drunk when you interacted with them.

Some drunks get good at hiding it. Some even thrive despite their condition. They are Highly Functioning Alcoholics. Steven King was one; a drunk through much of the 70’s and 80’s. history is full of them.

Congrats, @LuckyHat! There’ve been times where I’ve stopped and assessed my drinking, whether amount and/or drive behind choosing to drink, and course-corrected before letting unhealthy behavior go on too long.

I would agree with that. If you need it… that’s when it’s a problem. And that’s true of a lot of things… not just alcohol. Though alcohol is the most common.