Need separate thread for this. 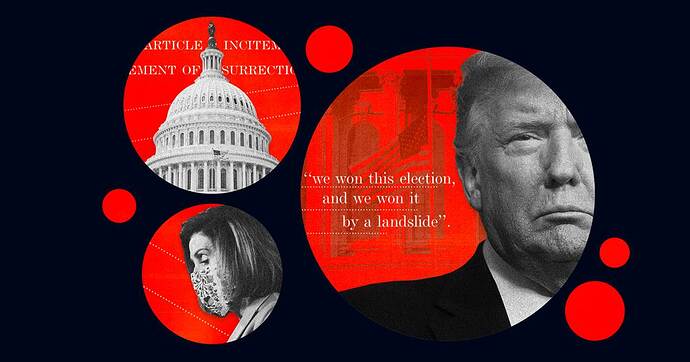 The article of impeachment is expected to pass in the Democratic-controlled House, which would make Trump the first president in U.S. history to be impeached twice.

Should also include the Georgia SoS phone call imo.
And several other incidences, just so history isn’t erased like so many tweets.

Pelosi is a smart politician. This is a nice ploy to really hurt the R party by forcing the Rs in the house and senate to admit their support or lack of support for the trump movement. The party is clearly divided and Dems see this is a chance to really hammer that home. Rs would love to quietly let trump leave without having to address this. Dems say ‘no way, time to pay the piper’

also a nice personal jab against trump. Effectively spitting on him as he walks out the door.

I wouldn’t say that Pelosi won. The last election didn’t go her way.

not without taking her hits, but dems took potus, house, senate. Pelosi is speaker of the house, arguably the most powerful politician in Washington. Trump is getting laughed out of town as she is spitting on him.

There are soldiers sleeping all through the Capitol yet the Nays are all nbd?

Done… he is impeached

CNN didn’t have that instantaneously and I had to leave. I too wish to know.

I don’t know if they skipped the vote or weren’t at the session by there are no “Present Votes” fwiw.

Additionally, the following did not vote on the request to Pence to invoke the 25th amendment:

I remain shocked at how many elected politicians voted against elections last week. Don’t they understand that elections are how we settle disputes without violence?

It’s morally worse, but it’s not necessarily an act of cowardice.

I think it’s cowardly because they won’t tell us their position on a controversial issue.

It’s one thing if the Representative isn’t in DC because they’re dealing with a family crisis or something, but if they just don’t have the balls to admit that they do or don’t want Trump impeach then they are cowards.

It’s morally worse, but it’s not necessarily an act of cowardice.

They will get fewer death threats if they vote no.

If Trump can’t run again America wins. Time to move on for good.

It’s one thing if the Representative isn’t in DC because they’re dealing with a family crisis or something, but if they just don’t have the balls to admit that they do or don’t want Trump impeach then they are cowards.

They were there. Some of them voted on impeachment but not on the 25th, and others kept their head down in impeachment, but voted re the 25th. I mean, maybe one wasn’t, but I bet they were all present. Or ducked out to the bathroom to avoid the vote – they weren’t home dealing with a family crisis. 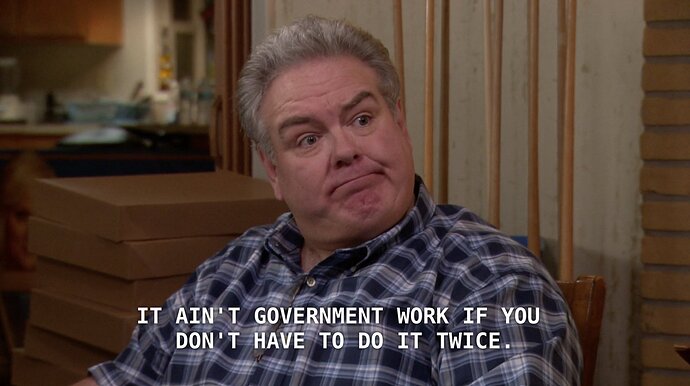 out of context parks & rec (nocontextpawnee)