I don't get why Pete is our transportation secretary

You’d think they’d appoint a civil engineer or supply chain management professional to the post or something but no. Isn’t this whole port traffic jam his job to solve?

idk, but pete is cute and good in interviews.

Huh. TIL the department was created under LBJ

It looks like the first 3 people in the post had strong transportation backgrounds, but it got iffy after that.

This dude had a really checkered career: 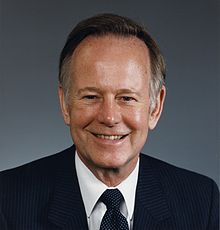 Brockman Adams (January 13, 1927 – September 10, 2004) was an American lawyer and politician who served as a member of Congress. A Democrat from Washington, Adams served as a U.S. Representative, Senator, and United States Secretary of Transportation. He was forced to retire in January 1993 due to public and widespread sexual harassment, sexual assault and rape allegations. Adams was born in Atlanta, Georgia, and attended public schools in Portland, Oregon. He attended the University of Washin...

Wait, this dude, too: 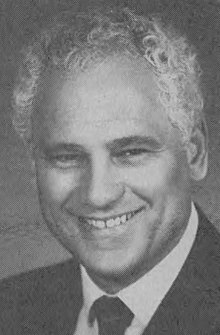 Neil Edward Goldschmidt (born June 16, 1940) is an American businessman and Democratic politician from the state of Oregon who held local, state and federal offices over three decades. After serving as the governor of Oregon, Goldschmidt was once considered the most influential and powerful figure in Oregon's politics. His career and legacy were severely damaged by revelations that he had raped a young teenage girl in 1973, during his first term as mayor of Portland. Goldschmidt was elected to...

What is it with these guys

I get the quid pro quo thing but couldn’t they have appointed him to Secretary of Small Town America? Is there such a post?

Thanks for the link. Reading the wiki list roll over text on each of them was interesting. Rodney Slater looked like a decent choice after the first few. My favorite was “Maria Cino is an American public servant, and a political operative of the Republican Party.” If that is the only thing wiki has to say about you…

You’d think they’d appoint a civil engineer or supply chain management professional to the post or something but no. Isn’t this whole port traffic jam his job to solve?

I don’t think you put in specialized experts into cabinet positions just to deal with the latest issue. You would cycle through a lot of secretaries that way.

I think you bring them in instead as advisors or consultants

Why can’t the customers bring the specs directly to the engineers?

Power is the ultimate aphrodisiac.

what part of “political” do u not understand?

I don’t get why my Ceo isn’t an actuary.

I’m pretty sure he doesn’t even know how to use index match correctly.

I’m pretty sure he doesn’t even know how to use index match correctly.

I don’t really even know if I know how to use index match correctly.

Honestly, I’m surprised anyone is doubting Pete’s educational background. Dude was a Rhodes Scholar, which is like, 99.99%ile academic overachievement. If you’re going to dump on a cabinet politician I can think of about a hundred less qualified chumps.

Also he was a McKinsey Consultant out of college. Apparently he was so actudonk, he could even go past the million row limit!

But it worked out well for him. His next assignment was a six-month stint in Toronto working for a supermarket chain called Loblaws, which was looking to cut prices, and brought him in to figure out how to do it in a way that would actually help the bottom line. The analysis he built, Buttigieg told me, was millions of lines of data. It was too big for Excel, so he put it into a different program that needed to be run through a special laptop that he toted around and nicknamed Bertha.

It was too big

Also he was a McKinsey Consultant out of college.

Also he was a McKinsey Consultant out of college. Apparently he was so actudonk, he could even go past the million row limit!

Anyway, their job is to give the client cover for a decision already made. It’s a sweet gig.

He’s a cutie patootie (and incredibly smart). We’ve had far worse just in recent years and I have faith he will do well.