How much does GoA cost to run?

$0, rounded to the nearest million.

All I know is that it will one day cost too much to run, it will get sold to a benevolent recruiting company who then starts to censor other recruiters’ names. Then, one day, it will simply cease to exist. Then, something new will pop up.

Well, not gonna hit up my bookkeeper for an exact number. However:

You’d think it’d be basically free, because you can just spin up an AWS instance at low cost and boom, you’re running a forum. Except if you look at #3, we’re already getting that cost for ‘free’. The real costs aren’t the cost to physically run a website on a server.

All I know is that it will one day cost too much to run, it will get sold to a benevolent recruiting company who then starts to censor other recruiters’ names. Then, one day, it will simply cease to exist. Then, something new will pop up.

The AO was sold due to time issues, not because of costs. It was burning a substantial part of Serena’s and my daily hours. Sorry about that.

And in it’s current form, I doubt GoA will ever get sold. Forums are dead, an outdated form of social media. Discord, whatsapp, etc, those are where the growth is.

We do discuss growth occassionally, but it is going to take time and money, both of which are in short supply and I don’t see that changing. e.g. we could integrate a discord server in to the forum to attract the young’uns but that would require a decent amount of money paid to my dev who’s already busy busy busy. And the result? No money.

Or I could do the marketing stuff that I know how to do, start doing newsletters, etc to grow the site. Again, a lot of time from me, Serena and probably my marketing person. Again, also no money in return for doing that.

On the positive side, when the AO was sold, I got to meet Serena in person. We’re sitting eating dinner in a restaurant and she mentions that we’re in the gay district of Chicago. I was like, oh, this is the gay district? How do you know? She proceeds to tell me to notice all the people walking down the street are same-sex holding hands, the rainbow flags on all the light poles, and we were the only M-F group in the restuarant lol. 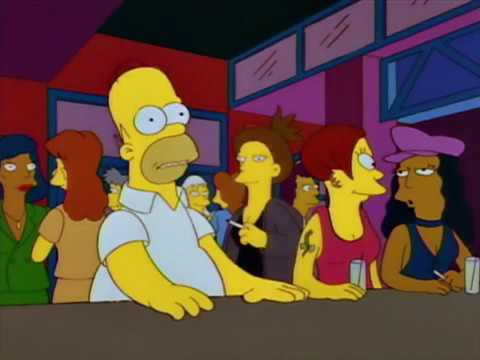 How much bandwidth do you have flowing out of your servers, and is there a monthly limit?

And in it’s current form, I doubt GoA will ever get sold. Forums are dead, an outdated form of social media. Discord, whatsapp, etc, those are where the growth is.

yeah, but where do people discuss actuarial exams these days? i don’t think it’s on discord and they didn’t migrate here other than mostly the long time regulars most of whom aren’t taking exams anymore. are they all on reddit? i thought the reddit subforum for actuarial stuff wasn’t all that good, but i’m not on there. also, reddit seems like a forum to me, just a really hard to follow one.

i think that the ao was still thriving for exam talk when it was murdered. i could be wrong about that.

oh, i guess there is some exam talk on the new actuarialoutpost in looking at it. i keep forgetting that exists. it’s so ugly.

i’m not here for exam talk anymore as i’m content stopping at ASA, EA, so i don’t really care for myself personally.

Well, we’re in a datacenter so it’s not measured like a typical web hosting environment, i.e. in gigabytes.

Very roughly, it’s more like your network card where you used to have a 10/100 and can now get 100/1000 - which refers to how much width you can transfer at any specific time. They measure how much of the width of the pipe we use, sustained (as opposed to the total flow which would be gigs) and bill us on that. But this forum is a pale shade of the AO in terms of traffic, and my business is in insurance so it’d be nice if traffic levels were a concern lol, but no. In terms of traditional bandwidth use in gig’s each month, I’ve no idea.

I should have just straight up asked who your hardware/hosting provider is lol. I just bought a cheap $5 plan on linode to host some basic documentation, so I was just curious. It has a transfer out limit of 1TB/month.

Exam traffic is a very interesting point. I think that’s where any growth would happen.

The sum total of the AO’s exam discussion seems to be ‘add me to your group for the FAP modules’, and then nobody actually gets added as far as I can tell. there’s no real discussion.

There’s a bit on reddit as you said, but not much. And it’s not a good environment.

A bit on discord, but again not much, and as much as younger browsers like the platform, it sucks for exam questions. Forums still win there.

I dunno, I suspect that the answer to ‘where are all the exam writers’ is just, nowhere. We’ve tried a few things including giveaways and posting stuff, and Gandalf as usual has done their herculean efforts to respond to any questions, but overall we still haven’t figured it out yet.

I should have just straight up asked who your hardware/hosting provider is lol. I just bought a cheap $5 plan on linode to host some basic documentation, so I was just curious. It has a transfer out limit of 1TB/month.

So, our hosting provider is my business.
1tb will is more than you’ll need for documentation.
Nevertheless, your question sparked an interesting conversation on the growth of the forum. So, thanks for that.

SpaceLobster and Serena, really appreciate all the time and money you put into this! 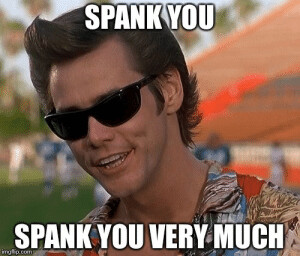 For anyone wondering about backups, we have multiple layers.
all the data is on raid drives, so redundant copies in the event of a hard drive failure.
the forum software backs itself up on the server either daily, or twice daily.
then twice daily IIRC, everything gets backed up to a seperate physical server on which IIRC, we keep archives for 30 days.

One of these days I’ll set up an offsite backup server at my home office as another layer of redundancy, but that’s not now or soon.

have you considered charging $8 a month