How many syllables does crayon have?

Ideally two, but usually one.

Speaking it, 1, maybe indistinguishable from cran. In writing, I would hate to be in a position where I had to decide whether to hyphenate it.

started as southern until at least 17, then went to college but still in NC during most vacations. Subsequently in a mid-Atlantic state. I don’t recall anyone ever objecting to my pronunciation, but it is not a word I use that often. I haven’t had any trouble understanding anyone else’s pronunciation, even when two syllables. Don’t think I’ve ever heard 3 syllables.

I did say “maybe undistinguishable from cran”. I think I string it out slightly, but not enough to call it two syllables, not two distinct vowel sounds.

Yeah. It’s always funny that there’s a controversy around this word. I didn’t grow up in the US and this is not a word I’ve ever said or heard people use in daily conversation. So frankly, I don’t even know how it’s supposed to be pronounced.

I pronounce it exactly as “cran”. Midwest.

I’m pretty sure you’ve put the wrong emphasis on the wrong syllable.

That was one of my grandpa’s favorite expressions.

If you said, “cran” and not “cray-on” I’m not sure I’d even understand you.

From the work of Josh Katz: 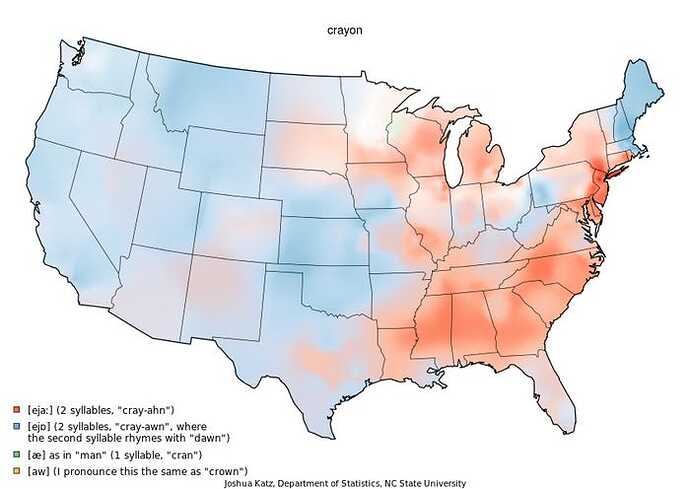 When I’ve heard it that way it’s sort of a triple dipthong with three vowel sounds crammed into one syllable. It’s not the same “cran” as in “cranberry”.

I say something close to cran unless I’m thinking about it, then it’s cray-on

It’s easy if you spell it with four Ns and a silent Q.

Just to be clear, we’re talking about one of these, right? 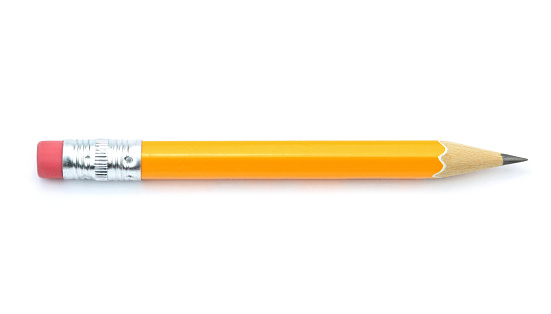 ) to try to determine how I say it and my mouth and lips absolutely move like there’s more than one syllable/vowel being formed, but it sounds like a single syllable to my ear.

The same as would produce