Lots of recent coverage in the news about corporations buying houses like this one. 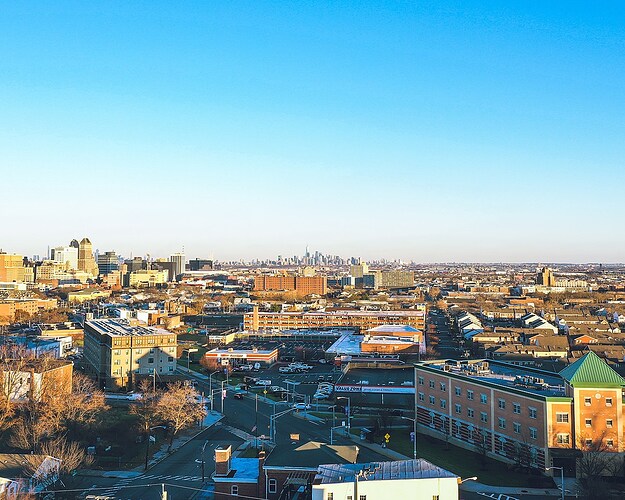 Half the homes in NJ's largest city are owned by corporations

It's a trend that started over a decade ago and accelerated during the home buying frenzy of the last two years during the pandemic.

Is this trend worrisome? Home ownership has been one of the biggest vehicles for the accumulation of wealth and the transfer of wealth to the next generation within families. The homeownership rate is about 66% (the rate of occupied houses occupied by their owner). I am not that concerned about the short term. I am concerned about the long term impact of changes in home ownership and rental markets. A few related questions:

How many actually get their house paid off before they sell it?

How many just refinance their mortgages for the ready cash now instead of setting it aside for “retirement”?

Interesting questions. You got the google, what are the answers?

First, are we talking about ownership rates in general, or just a switch in the nature of landlords? FRED has ownership rate of 65%, that doesn’t seem to be terribly low by historic standards. Homeownership Rate in the United States (RHORUSQ156N) | FRED | St. Louis Fed

Interesting questions. You got the google, what are the answers?

Two person “consumer units” where the reference person is 65-74:

I’d say that this answer would reflect more the general societal attitude 30 or so years ago more than today’s attitude among consumers.

and I’m going to guess that these “homeowners” are using their real estate as an “inheritance” vehicle (passing on wealth to their “next of kin”) far more than using it as a retirement vehicle.

Yep the 65% seems ok historically that’s why I was focusing on long term effects. A consolidation of home ownership with a few large corporates or a buying spree by corporations that drive that rate down to say 50% would be a major change in the economy. I have no faith that government (local to fed) will be able to address such a change. I also have no faith a corporation wealthier than most communities whose purpose is to generate profit for anonymous owners will serve the people in a local community. So I don’t like going in without considering the potential outcomes.

On your points 1-5 I think we’re pretty much in agreement. I particularly like point 5.

Is this the “Is Walmart Evil” thread of homes?

maybe, but I do think of them as different. we have options for alternate shopping and shopping isn’t referred to as a way to build lasting wealth that can persist to your heirs. (of course, that long term appreciation depends by location)

Seems there is an incentive for corporations to buy houses en masse. Perhaps a market imperfection or a tax advantage. Guessing it is more an information gap.

Shift the tax burden away from labor income toward capital income. Workers have more after tax dollars. If they choose to spend those dollars on housing, fine.

Not sure how much of an impact this will have in terms of tax revenue generated. Sure the workers will have more after-tax dollars initially; but last I checked, a good chunk of “investors” take tax burden in to account when making capital decisions.

Not do “additional” investing.

I think most in that bucket don’t really need the extra revenue; they’re just looking for ways to increase wealth getting a rate they feel is worth the risk.

Note: I know many who don’t mind paying the taxes; so it’s not really about that. But taxation does affect the after-tax return which is what often drives the decision to invest (or not).

if people pay more to buy than to rent, and if the renters save the difference, not much change in wealth accumulation.

Homes are one of the most leveraged assets out there though, which can result in huge returns in an up market.

You can’t buy stocks or bonds or CDs or mutual funds or crypto with 3% down or even 20% down.

Depends on who owns the corporations.

I suspect a lot of these corporations are 1, 2, 3, and 4 member S-corps that incorporate to provide legal protection for the owners. If you are renting from mom & pop and your kid is injured eating lead-based paint or your spouse is killed when the hand-rail on the stairs breaks and the owner is found negligent, there’s a lot more protection if there is a corporation between mom & pop and the renter. Even a two-person S-Corp where mom is a 50% owner and pop is a 50% owner.

Or at least, IANAL, but I’ve been told this is true and there’s a general perception out there that it’s true, which even if it’s not, is undoubtedly driving some decisions.

how does a change in home ownership within an area effect school funding?

If it is a shift away from owner-occupied housing then it probably has a positive impact on school funding since many places will give owner occupants a discount on property taxes.

If it is a question of mom & pop landlords incorporating rather than owning the rental property directly… pretty much no impact on school funding.

The idea of using homeownership as a wealth building tool is bad (at least in the context of having property values grow faster than inflation). It simply results in sucking money out of younger generations and passing it to older generations. Eventually that results in bankrupting the youngest generation.

Not do “additional” investing.

What’s the impact of lower net investment yeilds on decisions to invest? Suppose Zuckerberg paid more taxes on his Facebook/Meta income. I don’t think he would invest any less.

Suppose I’m an upper income individual who has capped out IRA/401k contributions. I’m thinking about saving more. I don’t think lower after tax rates actually impact that decision. Note that if I’m targeting a particular income in retirement, lower rates mean that I should invest more.

I suspect a lot of these corporations are 1, 2, 3, and 4 member S-corps that incorporate to provide legal protection for the owners.

Note the date of this article. 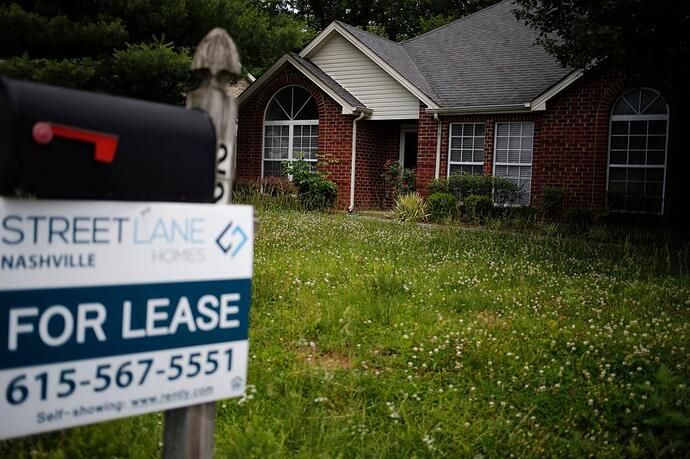 One morning in 2012, Phoenix real-estate developer Geoff Jacobs was playing golf when he got a surprising phone call. One of his employees, trying to bid on a house they wanted at auction, told him…

Invitation Homes, it turned out, was owned by Blackstone Group, the world’s largest real-estate investor. Created after a company called Treehouse Group was folded into Blackstone, then renamed in 2012, Invitation Homes was on a $10 billion spree, purchasing $150 million worth of houses per week.

The bonanza really took off in 2011, when Morgan Stanley issued a report called “A Rentership Society.” With over 1.6 million foreclosed homes in the United States and more on the way, the report forecast “a surge in the number of renters and a potentially massive opportunity for investors to convert the glut of repossessed homes into rental properties.”
…
America’s investment managers were all in. By 2012, “more than $1 billion had been raised by investors for the purpose of doing just that. Some of the biggest names in finance were hoarding houses.”

Individual investors were soon mostly gone or absorbed into larger companies with investors like Warren Buffett, KKR of “Barbarians at the Gate” fame, and investment behemoth The Carlyle Group. Heck himself wound up joining American Homes 4 Rent, which was founded by billionaire self-storage magnate B. Wayne Hughes, and would own about 48,000 houses by the end of 2016. There is even a lobbying organization, the National Rental Home Council, to look after their interests in the government, such as defeating rent-control laws.

It’s not just a bunch of Mom and Pop owners. I noted on the AO how Wall Street had gotten into the home owner business. It’s 10 years later and they seem to be increasing their stake.