Holiday fun: Whamageddon 2021 - Will you survive?

Heard it on Saturday at the dry cleaners.

Went into work today. First song on when I sit down at my desk…

There’s so many damn covers of this song that I’m not sure I’d recognize the original. So far, I’ve only heard it sung by women, so I think that helps

Quick note: The Movie of the Same Name is not worth the effort once you’re out of the game. Emelia Clarke (Daenerys of “Game Of Thrones”) is in it, but that does not save it. Whole movie is about what happened approximately a year ago from the forthcoming December 25 (yes, I do not speak its name directly).

So far just a couple of covers, no WHAMmies! However in a cross-post to annoyed thoughts, have heard too many Santa Baby (incl Madonna

)and Baby it’s Cold Outside covers to consider this a win.

Hmmm, I don’t know the song. I’ll have to Youtube it so I can recognize it.

The joy of still not being fully functional in society…I am still going strong one week in.

5 and half days clean.

Not sure which version it was but given how much it pissed me off to hear I’ll take the L. Rookie move wandering through a Marshall’s in December.

I was in the supermarket this weekend and heard Christmas music playing for the first time this year. Then I thought of this thread. Still surviving though

The Movie of the Same Name really should have been a horror film. All kinds of potential there.

Went into work, they’re playing Christmas songs. Still safe from That Which Shall Not Be Named.

Most definitely not safe (2 times) from the dolphin-voiced screeching thing that’s arguably more overplayed and much worse.

Just Whammed during a Department meeting 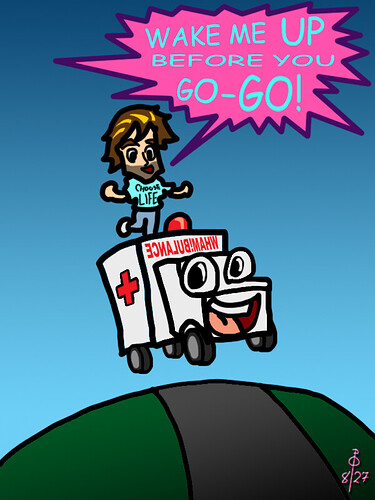 I don’t know which song is worse, that one or the “simply having a wonderful Christmastime” one. Ugh.

Simply having a wonderful Christmas time is WAY worse. Like, not even close. We’re talking light-years.

Of course, I don’t think Last Christmas is all that bad. I dare say I even enjoy the occasional hearing of it. It did get old when the radio played it once an hour, I confess. That seems to have stopped in recent years.

I have 3 all-Christmas-music stations programmed in my car and have been flipping between them since the day after Thanksgiving and still haven’t heard Last Christmas.

The main reason being that, for some reason, “simply having” is easier to get out of my head so it doesn’t stick around continuing to annoy me.