I’m not copying over the old Dataviz thread.

I will put in links to my articles later, but just wanted to grab this: 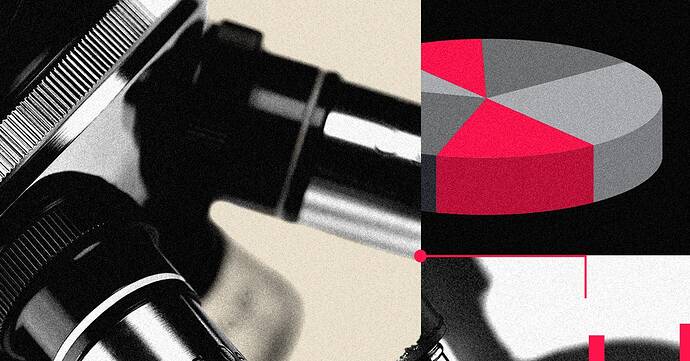 Is Your Chart a Detective Story? Or a Police Report?

Every data visualization is a story, a plot to be unraveled—but some are more approachable than others.

Consider the visualization created by information designer Will Burtin in 1951 to summarize the effectiveness of three antibiotics—penicillin, neomycin, and streptomycin—in treating 13 bacteria. Bacterial species are arrayed in a circular layout, with three bars for each bacterial infection representing the amount of each antibiotic needed to treat it. An inversion of the scale means that longer bars represent more effective antibiotics, aligning with a spontaneous interpretation of bigger is better, while shading behind the bars neatly organizes the bacteria into two groups according to whether they result in a positive or negative gram stain test. 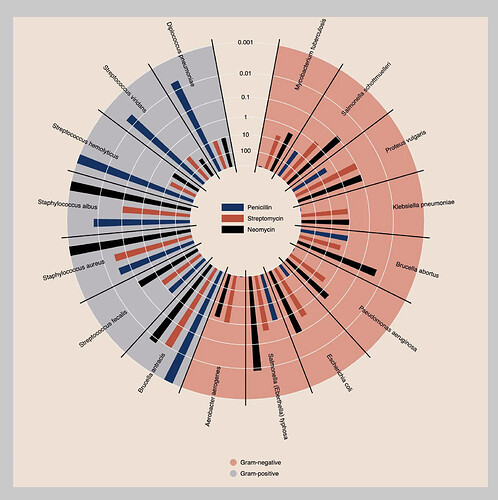 ROUGHLY 30 YEARS after Burtin made his graphic, the dataset he visualized would change. By 1984, scientists had reclassified two of the bacteria after realizing that the diplococcus pneumoniae (shown at roughly 11 o’clock in the display) closely resembled the streptococcus bacteria in their responses to the tested antibiotics, while the responses of the streptococcus fecalis (between 7 and 8 o’clock) were quite different from the other streptococcus. Despite the admiration the graphic received in its time, these errors somehow eluded viewers.

A counterfactual question naturally arises: if Burtin had constructed a more direct, statistical graphic of the dataset—a grouped bar chart, for example—might these scientific errors have been discovered earlier?

This is the question implied by statisticians Howard Wainer and Shaun Lysen, who, published a more conventional scatterplot, first created by Lawrence Finer and Christian Ryan, to illustrate this point in 2009. Where Burtin chose to emphasize a comparison of antibiotics’ effectiveness, the new design prioritizes a comparison of bacteria to one another. Streptomycin values are omitted based on their close correspondence with neomycin values. Bacteria in the same genus share a color. The two mislabeled bacteria emerge as the suspects through the juxtaposition of color and proximity to other bacteria: Why is fecalis not in the top left corner with the other streptococci? What is pneumoniae doing there instead? 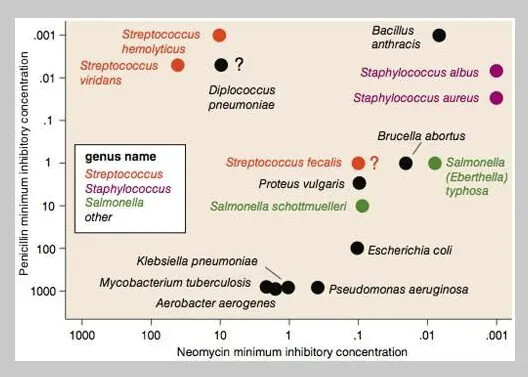 From the Wired article:

The same goes for visualization: When we see a new and revelatory graph, we want to take it apart and see how it works. Burtin’s sunburst design immediately captures our attention, invoking a curiosity to understand the intention behind its mandala-like form. We feel beckoned to participate in, even celebrate, the scientific discoveries it implies.

That graphic is an unmitigated disaster. I’m not intrigued by it – driven cross-eyed and provoked to irrational anger (that graphic is 1950s medicine’s version of trolling, right?), but not intrigued. At least not about the content of the graphic. I will admit to being intrigued about how anyone could think any aspect of that visualization is a good idea.

There were weird data visualization choices in some of the hand-drawn historical ones I came across. 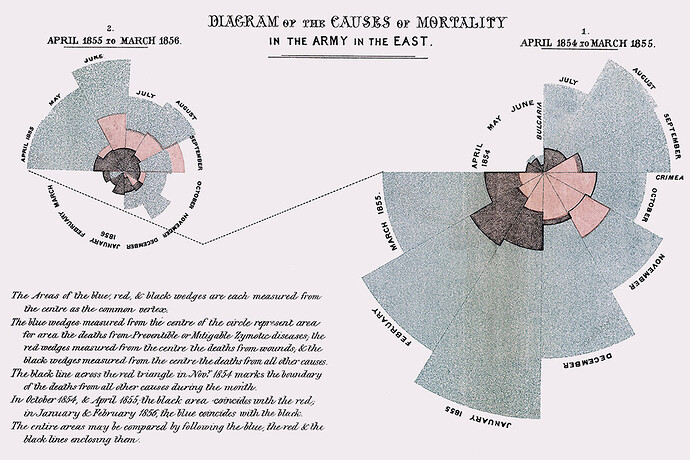 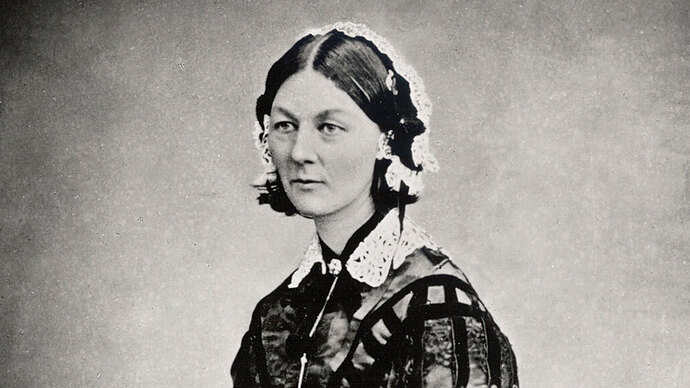 That said, good for her in realizing that drawings like these are more persuasive than tables of numbers.

Charles Joseph Minard had that great graph of Napoleon’s march into (and out of) Russia, but then there’s this craptastic cheese map: 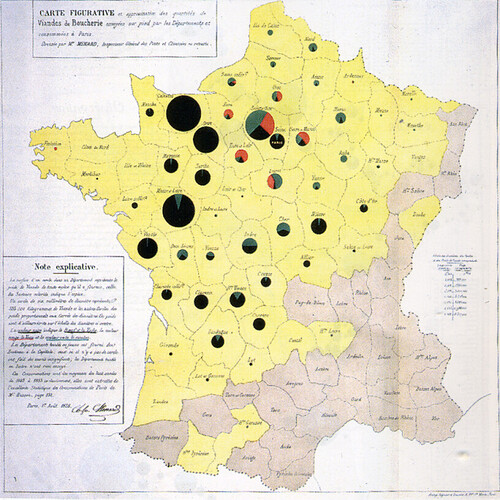 And then Playfair had straightforward ones, and this crap: 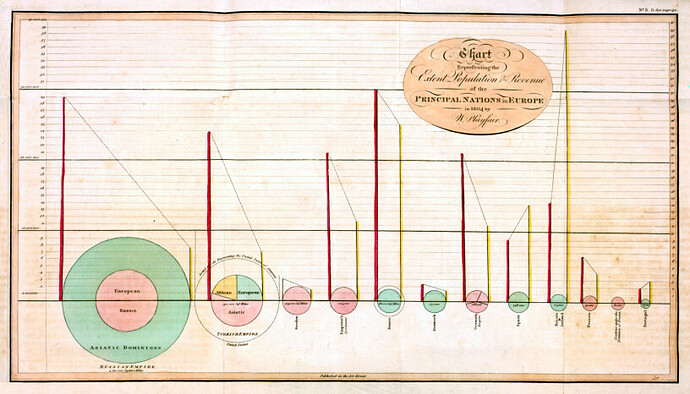 To be fair, they were just working on the ideas. But I really dislike pie charts 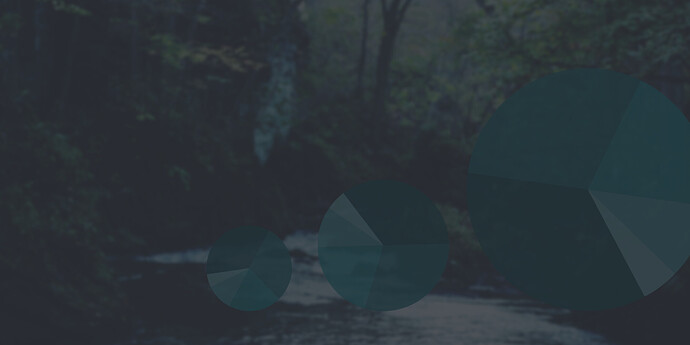 In our Data Visualization 101 series, we cover each chart type to help you sharpen your data visualization skills. In this installment: pie charts.

Is there a “Crap-tastic Data Visualizations Through The Ages” coffee table book? Because I’d buy that in a heartbeat.

Through The Ages” coffee table book? Because I’d buy that in a heartbeat.

Hmmm, maybe I should do a “Making Shitty Graphs Better” book. Because a lot of the bad visualizations have good data trends behind them, but poorly displayed.

Here is an example: 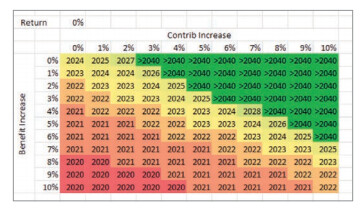 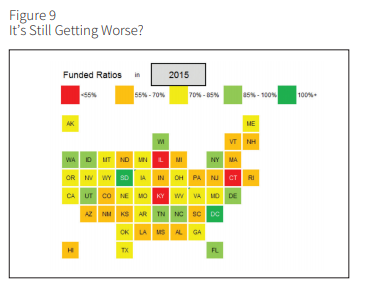 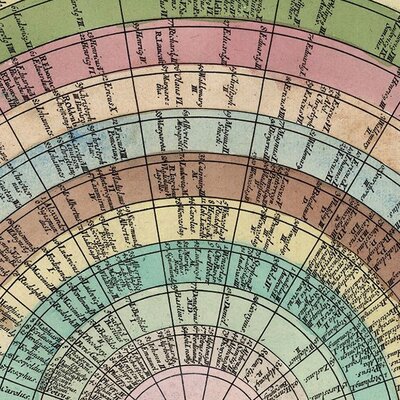 Data Visualization and the Modern Imagination

There is a magic in information graphics. Maps float you above the land for a bird’s eye view. Timelines arrange memories on the page for all to see. Diagrams reveal the parts inside without requiring disassembly, or incision.*

❡ Data visualization leapt from its Enlightenment origins and into the minds of the general public in the 1760s. It cast more powerful spells throughout the following century. By 1900, modern science, technology, and social movements had all benefited from this new quantitative art. Its inventions include the timeline, bar chart, and thematic map. Together, these innovations changed how we understand the world and our place within it. Data visualization helped a new imagination emerge, wired to navigate a reality much bigger than any single person’s lived experience.

❡ The sections in this exhibition examine information graphics that show space, time, nature, and society. Many are beautiful. Each is a unique way of seeing still worth our attention. —RJ Andrews, guest curator 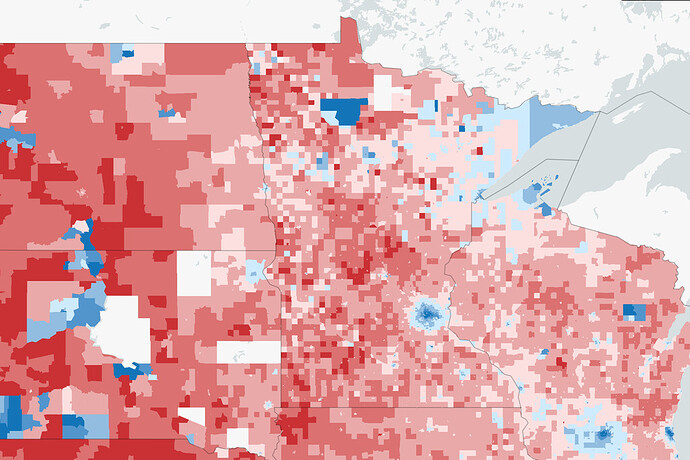 An Extremely Detailed Map of the 2020 Election

An interactive map that lets readers explore in new detail how most states voted in the 2020 presidential election.

Interesting seeing which counties are missing

The French language tree map of the British monarchy is cool. If you look down near the bottom you can see the king from the movie The Dig (which I just saw on the weekend).

I’m on an Anglo-Saxon history group on facebook, and they’re all raving about The Dig.

For those who wonder, the direct link to the bit on the British royalty is here: 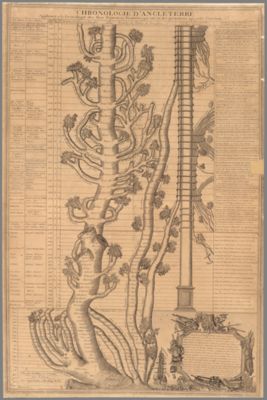 Some interesting visualizations about epidemic spread 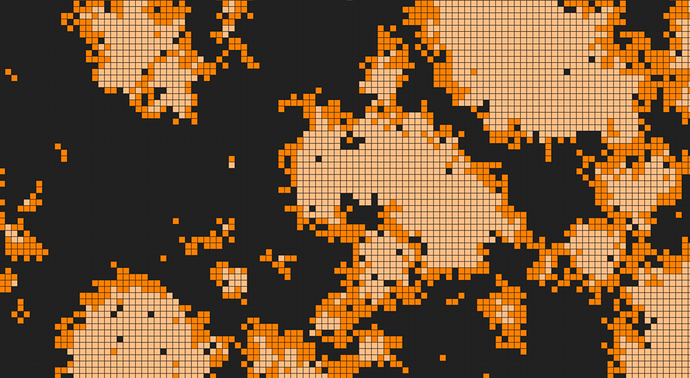 Stopping the spread of COVID-19 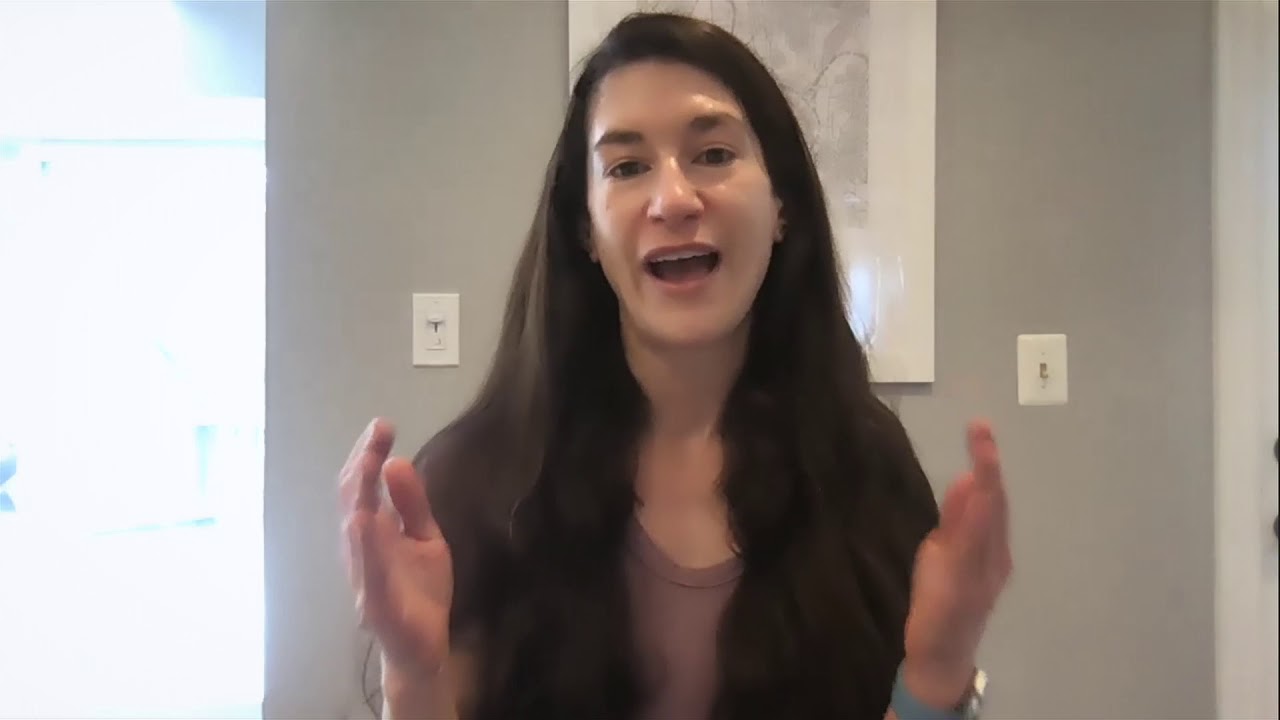 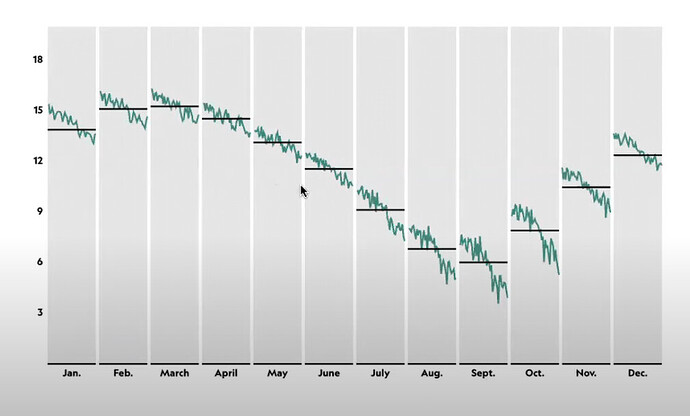 To find seasonality use cycle plots

Use Cycle Plots to discover seasonality in large data sets. 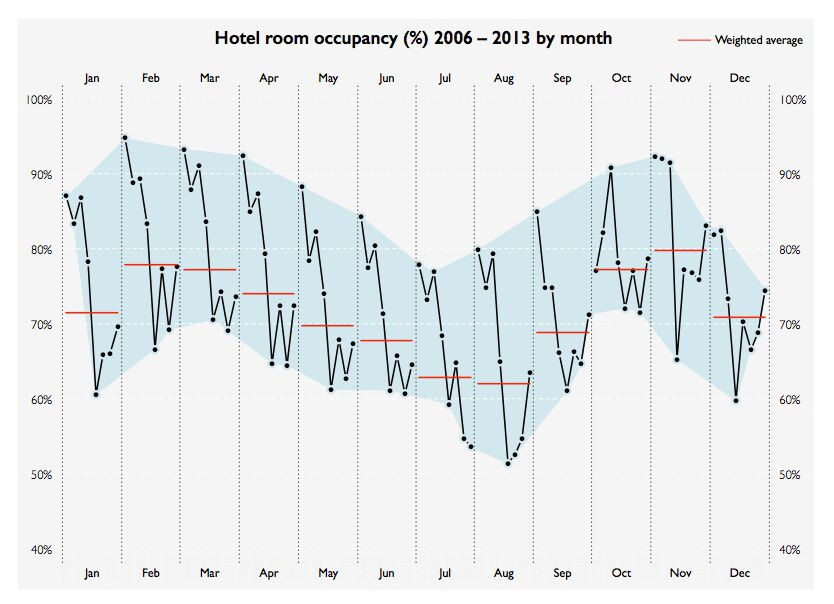 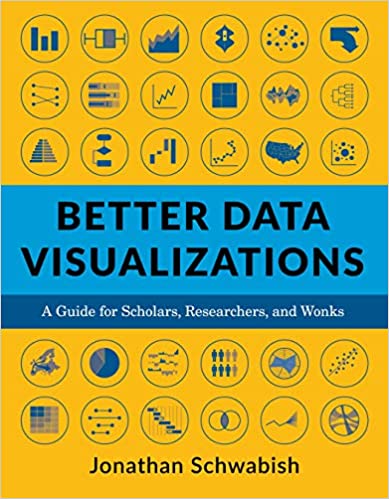 Better Data Visualizations: A Guide for Scholars, Researchers, and Wonks -...

Learn about princples of visual perception and data visualization best practices. Expand your graphic literacy by learning about more than 80 different visualization types Learn how to define your audience and goals, and choose the chart, graph, or...

Me getting pissy about GDP ranking:

Geeking Out: GDP By Country and Recent COVID Mortality Data

The original graphic I objected to was this one: 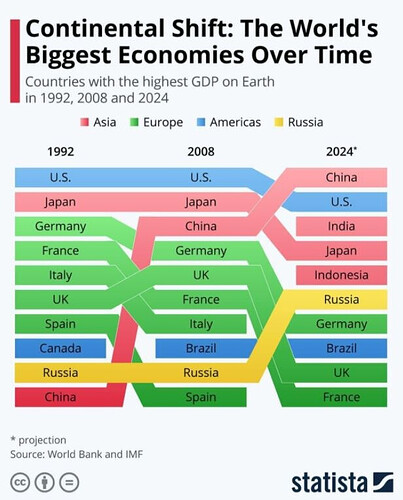 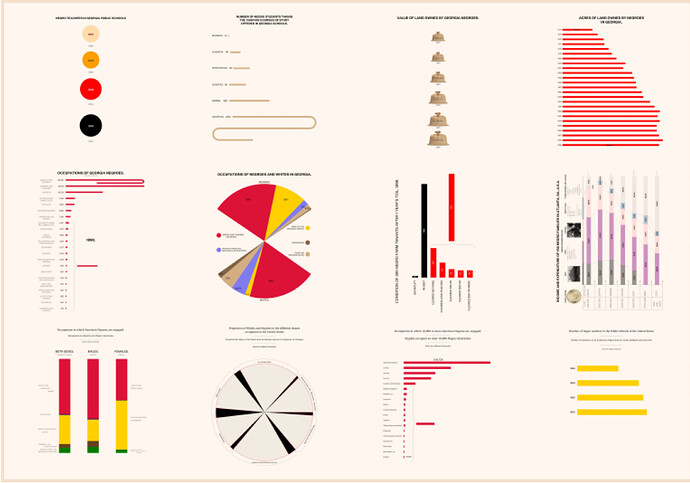 An expanding project with design specifications and coding tools to help designers, artists, developers, writers, and scholars who want to visualize their data in the "Dubois Style" of graphs created by sociologist W. E. B Dubois' and his team for...

This is an episode about the earlier days of data visualization from a podcast series I listen to. It’s longish and doesn’t get to the data viz part until the last third or so. Extra marks if you can guess the famous actress doing the voice of Florence Nightingale - Cautionary Tales – Florence Nightingale and her Geeks Declare War on Death | Tim Harford

Well jeez, the page says who it is. Spoilers!