Thanks. Would be good to see a monthly breakdown. I imagine someone somewhere is trying to tease apart the details. The age 20-44 increase is an eyewatering number.

There was a very large non-COVID excess mortality for that age group in the U.S. as well. But at least we can attribute ours to stuff like drug ODs, motor vehicle accidents, homicides, and the like.

It would be interesting to see what their cause of death breakout will be like. 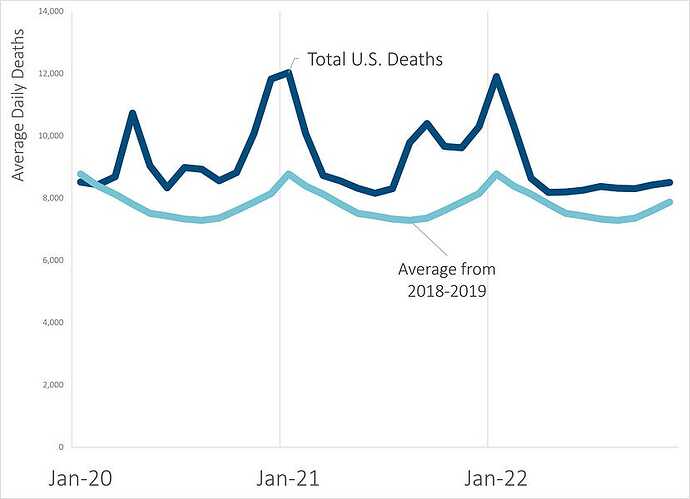 Setting a baseline for future investigations

I’d much prefer investigation and quantification over attribution. I hope there are people doing that work.

Nice Substack! Are you looking at non-US data as well? A friend pointed me to this Power BI page maintained by the UK Office for Health Improvement and Disparities. Can slice the data multiple ways, graphics, age & sex filters, cause of death, etc.

Nice Substack! Are you looking at non-US data as well?

I have no clue what you mean “investigation and quantification over attribution.”

In the meantime, here you go: 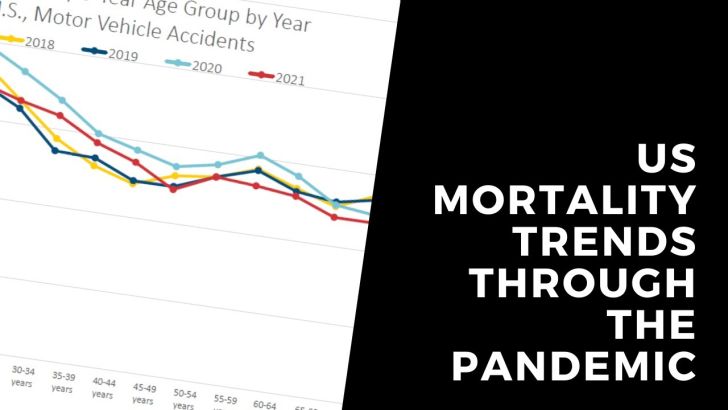 Life expectancy, cause of death, videos, and podcasts!

That’s all U.S. mortality stuff. There are numbers. Maybe that provides enough quantification for your purposes.

Yeah, I wasn’t clear. I mean that we should work to understand the causes, not just assume that they’re all drug, suicide, etc related. I understand that someone like you wouldn’t be satisfied with “we THINK it’s these reasons” and not want to drill down to really understand the drivers. I guess in my head I initially heard “attribution” as “these are the likely reasons, but we’ve not done a proper study to really know.”

WHEN I’ve looked at the numbers, I’ve tended to focus on non-US data. Given the universal medical care structures many countries have, data is collected more consistently and reported more rapidly than what we have here in the US.

WHEN I’ve looked at the numbers, I’ve tended to focus on non-US data. Given the universal medical care structures many countries have, data is collected more consistently and reported more rapidly than what we have here in the US.

you’re assuming quite a bit.

Help me understand. I’m here in part to learn from people like you (no snark - I know you from the AO days).

I thought that systems like the NHS had imperfect but more consistent medical data collection than what we have here in the US since theirs is implemented countrywide whereas ours is more broken up between states, hospital systems, etc. National registry of treatments and medications given and such with the NHS. I believe Israel is another example.

Not perfect of course since private healthcare outside the NHS is available too.

Edit: the UK data I linked to is current through 12/30/22, has breakout by age groups, sex, region, cause and place of death, etc.

Just because they have “universal” medical care, I wouldn’t assume they’ve got good data systems. That’s all. (Note the infamous UK data reporting problem, because they used Excel in a stupid way - I can link that one later.)

The issue I’ve found hasn’t been standardization, because it takes time and investigation, sometimes, to figure out the cause of death. There’s no automatic method - it’s not like measuring with a thermometer. There are lots of manual processes involved, no matter how good your data system. Certain causes of death resolve themselves much more rapidly than others, in being able to tell what it was.

All these systems use ICD-10 (soon to be ICD-11). It’s an international standard. The U.S. uses a standardized death certificate for reporting deaths.

There was a problem with CT and NC that pissed me off (talk about manual processes), but they were rightfully shamed into finally digitizing their processes for reporting to the CDC, and they don’t lag any more than any of the other states do now.

Death reporting has little to do with whether it’s universal health care or not.

In a previously linked STUMP piece, you mentioned that you’re still waiting on finalized 2021 cause of death data in 2023. Why do you think the UK cause of death data is available so much sooner (12/30/22) compared to the US data? Is it because UK uses ICD codes whereas the US uses a standardized death certificate?

Edit: I assume that you’re a busy woman. Feel free to let this drop if you don’t want to continue. No hard feelings on my end.

Why do you think the UK cause of death data is available so much sooner (12/30/22) compared to the US data? Is it because UK uses ICD codes whereas the US uses a standardized death certificate?

We use ICD codes. Everybody in the world does. The “standardized” comment I had is that we have a standardized form, it uses ICD codes, but items are not finalized for some time. It can (and does) get changed after death. There are temporary codes used until items get resolved. But many are filled out within 2 weeks of death; there is one underlying cause of death and up to 20 contributing causes of death.

External cause of death info is censored for at least 6 months [that’s: suicide, homicide, accidental causes of death] as they remain under investigation. Those tend to be a bit tricky. Other causes sometimes change as well.

For full breakout, I, MPC (and other external researchers like the SOA), cannot get the data faster than 7 months. We can get partial and provisional data that gets closer [about 6 weeks], and it doesn’t get finalized until about a year after the year is over. That’s been standard operating procedure even before the pandemic.

For the CDC folks? The reporting lag seems to be 3-6 weeks at worst. Given how I’ve seen totals come in, it looks like they get most reporting within 2 weeks of death. They’ve got access to the info – what they do with it, well. That’s up to them.

I have seen that they do data clean-up once they get it from various states. Some death counts do move some. But the CDC has done more real-time tracking of deaths, as with FluView and flu deaths (definitely pediatric flu deaths), and they have quarterly updates with drug ODs, for instance. They do interim estimates of specific causes of death and period life expectancy.

Much of this activity preceded the pandemic, and they kept doing the things they did the way they did for many items. I wasn’t happy with some of that (like with the period life expectancy, which was very misleading to many people, especially in breaking out impact by cause). However, I used to not get monthly data updates from CDC WONDER, so I was really happy about that change from the CDC. Can’t complain much about that – woo! Data!

I used to have to wait much longer to get data from the CDC, so in 2017 I was using 2014 data as my most recent mortality data, for instance. That sucked.

It looks like I didn’t link this here, but one of the things the CDC has done and continues to do is to have “media-friendly” trackers that overcount COVID deaths: 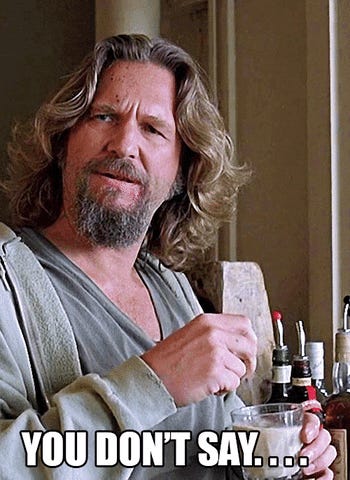 How Many COVID Deaths Have There Been in the United States?

About 12% less than the headline numbers

I know I’m being repetitive, but some things may be new to people (and I’m aggregativng/summarizing in different ways):

I think the spelling is “aggravating.”

I think I’ll just leave it like that. heh. 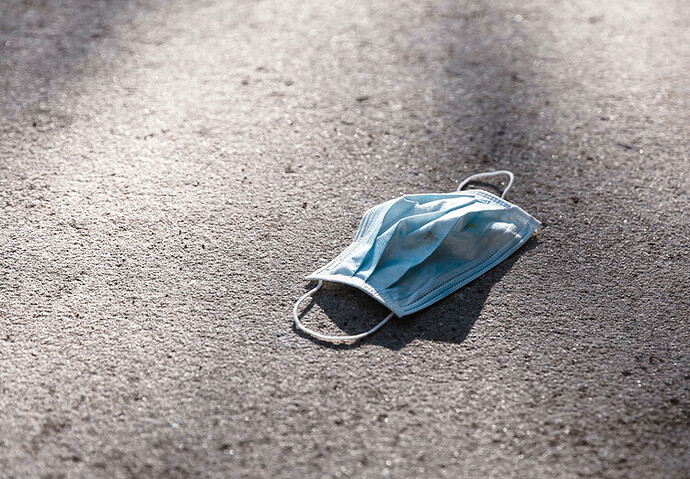 Covid-19 is a leading cause of death for children in the US, despite...

Covid-19 has become the eighth most common cause of death among children in the United States, according to a study published Monday.

Tl;dr: Despite the relatively low mortality rate for children, Covid-19 is a leading cause of death for that cohort.

Also interesting: “ A CDC survey of blood samples suggest that more than 90% of children have already had Covid-19 at least once.”

Fine, I’ll do a post on this later tonight.

Bullshit that Covid is a leading cause of childhood deaths or that 90% of kids have had it or something else?

I am happy to wait for your further post on the topic… just sort of wondering “aloud”.

Bullshit that Covid is a leading cause of childhood deaths

they say it’s 8th. what would 1-7 be? It’s not like children are dying at a fast rate to begin with. I could believe 8th.