I’m at Costco…I can get a ~10 lb Kirkland signature spiral sliced ham for $2.39/lb…or a much smaller ~5lb Hempler’s Black Forest ham with natural juices and coated with caramel for $4.59/lb.

In my whole life, I’ve always had the cheaper ham. Is the Black Forest ham all that and more?

just make sure no nitrite or nitrate

They don’t have the Spanish serrano ham? Those are pretty money.

We got a Kirkland ham once but I don’t think it was spiral sliced. I think maybe the ‘master carve,’ it was a smaller cut. It was delicious. I can’t speak to the Black Forest ham you mention but for twice the price I’m probably going Kirkland.

just make sure no nitrite or nitrate

Unfortunately cured hams usually have nitrite/nitrate. The ones that don’t specifically say that usually have something like celery salt which is the exact same chemically as nitrates in the body.

but a lot of the cured meats nowadays at wholefoods/trader joe’s and health stores will specifically say No nitrite or nitrate added.

Oooh. We got the Jamón ibérico from Costco a couple years back. I don’t remember the exact price but it was somewhere in the $200 range. My son’s friend’s dad grew up in Spain and was able to thin slice the entire thing for us. (I guess that’s just something you know how to do if you’re Spanish)

Usually they have celery salt. It’s exactly the same chemical.

I can’t speak to what flavor you’d prefer. But price-wise, the Kirkland ham is only cheaper if you’re going to eat the whole thing. If you only going to eat half and toss the rest, it might be more cost effective to get the smaller portion.

if you have to ask, go cheaper

If you only going to eat half

Oh, I’m going to eat the whole thing. That’s not a problem, but good advice nonetheless.

huh, i saw the title of the thread and guessed CS was the op. i guessed wrong apparently.

If you only going to eat half and toss the rest

Whoa, whoa, whoa. There’s still plenty of meat on that bone. Now you take this home, throw it in a pot, add some broth, a potato. Baby, you’ve got a stew going.

If the Kirkland has a bone in it and the Black Forest doesn’t, that might explain some of the difference in per pound cost.

RN, but I don’t know where. Seinfeld?

Well, in that case, I wouldn’t pay 2x the cost per pound unless it came with a hand job and moist towelette.

Well, in that case, I wouldn’t pay 2x the cost per pound unless it came with a hand job and moist towelette.

Here’s an article about this practice, which is deceptive enough that Consumer Reports and Center for Science in the Public Interest have lobbied the FDA to no longer allow producers to label things “Nitrate free” that use celery salt as the nitrate. It’s very misleading.

Maybe even worse, companies that use nitrites/nitrates are subject to upper limits on how much they are allowed to use where companies that substitute celery salt can use as much as they want. 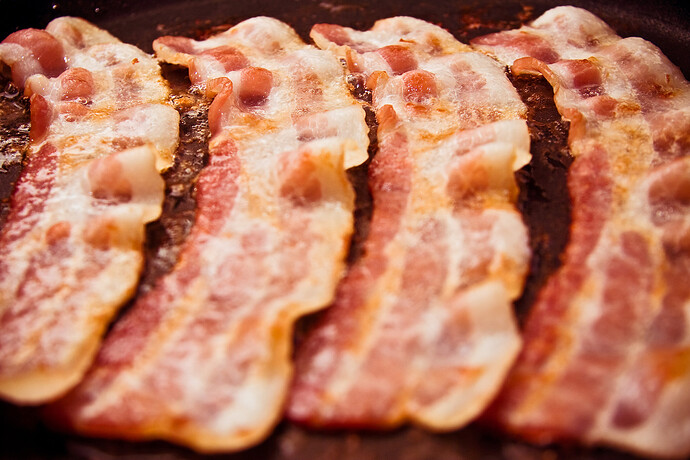 Why is celery powder so controversial?

On Thursday, the National Organic Standards Board will vote on whether to keep celery powder on its list of approved organic ingredients⁠.