I think that trailer would nauseate me even without knowing the background though.

I mean, I know she is very religious and conservative, and the term “bigot” might not be inappropriate, but is there more to this story than that?

I think this article sparked controversy where candace said that she will feature only traditional marriage in her Christmas movies in her new role at the great american family network after leaving hallmark which was featuring lgbt couples and was more woke. 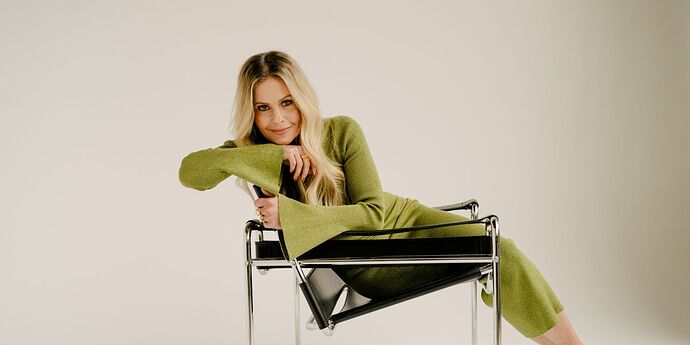 Hallmark’s former queen of the holidays is taking her act to a new and more conservative channel.

Huge backlash from the lgbt community

Note, this is Kirk Cameron’s sister. Seems they are both a bit nutty.

Andrea Barber and Lori Loughlin from full house are in candaces movies, as is danica mckeller. Jodi sweeten made a comment supporting the lgbt communty in response to a social media post blasting candace cameron so seems she isnt on her side.

Oh and this came right before a mass shooting at an lgbt night club in colorado springs so people are blaming her for that too.

Upon actually reading the article after seeing the blasting of her by random people on her Instagram page first, i think people are overreacting. She can make her movies be about straight people if she wants to. Nothing wrong with that.

The title tells me everything I need to know. It’s code for white fundie Christians living in a nice house in the burbs. I’m not their target market,so ignore.

Ive seen similar. I formed and ran the Christmas parade in a conservative Christian town for a few years. I was approached and advised to remember to call it the Christmas parade, not the Santa claus parade. Ok, fine. But that’s not baby Jesus riding the last float, and my Grinch costume was always a hit.

In fairness the churches also put on a pretty good float. They’d bring in farm animals and walk them down the road beside their manger float. The kids liked that. So we had a blend of Christian and ecumenical, and everybody got along.

I love the grinch. HE JUST WANTED PEACE AND QUIET AND THE WHO’S WERE TERRIBLE NEIGHBORS.

You just totally missed the moral of that story :).

I don’t know why it never dawned on me that Kirk Cameron and Candace Cameron were related.

Seems like she ought to be free to make whatever movies she wants working for whomever she wants that will hire her.

I am curious how Hallmark’s foray into LGBT movies goes. Their first Hanukkah film was sort of a miss: even with the word “Hanukkah” in the title it still ended with everyone celebrating Christmas, which I’m told didn’t go over well with Jewish viewers.

Oh, it’s conceivable I’m mixing up Hallmark and Lifetime with the Hanukkah movie. The one about the girl whose DNA test revealed that she’s 1/4 Jewish is the one I mean.

yeah, candace is ignoring Chanukah too and pretending the entire world is Christians, which is fine by me. i don’t need to watch.

at first i was on the side of the LGBTQ folk, until I actually read the article. She’s not attacking them at all. She just chooses to make movies involving christmas and straight traditional couples, which is fine.

to add to this, i think this drama is probably going to make people curious to watch this unknown network now and will be a positive for her. i never heard of her as the christmas queen before this drama. so the goal of people to ruin her is likely going to have the opposite effect as they aren’t her target audience anyway.

fighting with my sister about this. she likes to portray herself as super woke. it’s annoying. fun thanksgiving already!

told my mother about this and she’s just sad that candace cameron won’t be on the hallmark channel anymore cause she said she’s good on it.

now she thinks that candace cameron is a hypocrite because she has lori loughlin in her movies.

This sounds like a very important and not at all extremely boring conversation. Keep us updated!

now she thinks that candace cameron is a hypocrite because she has lori loughlin in her movies.

How is that hypocritical? Lori Loughlin is both straight and Christian. Both of her children were born in wedlock, even.

I don’t think Candace Cameron Bure is saying that she can’t make movies with sinners… as that would be impossible since Jesus isn’t making movies AFAIK. And Bure hasn’t taken a stance against making movies with people who cheat to boost their kids’ SAT scores, has she?

(Or is there something else objectionable about Lori Loughlin? There might be… I don’t follow celebrity gossip too much.)

Something about the bribing to get her kids into college as not living Christian values. Her logic was very flawed, but she doesn’t stop talking and it’s grating. Eventually we just dropped the topic. What Lori Loughlin did wasn’t great, but she went to prison for it. I think she can be forgiven.

Candace Cameron isn’t even against making movies with gay people. She just won’t feature them as gay in her movies.

Well literally every person on the planet falls short of “living Christian values”. We are all sinners.

It’s kind of a pet peeve of mine when a Christian person’s sin becomes known and others act as if that person can’t be a real Christian because they committed that sin.

Every Christian (and every non-Christian) is a sinner. Including Lori Loughlin, including Candace Cameron Bure, including you, including me… all of us.

what lori loughlin did was also stupid because her kids didn’t want to go to college. she basically forced them and this also greatly harmed their reputations